It’s the Greens’ day, anyway you look at it

The passage of the government's carbon pricing package is a major victory for the Greens. Even if it's so weak it needs to be bolstered by an extensive array of taxpayer spending

It’s done. A carbon price, of a fashion, a poor one, so weak it needs to be bolstered by an extensive array of taxpayer spending, passed the Senate at 12.44. The journey embarked on by Julia Gillard on 24 February, which has seen her government and her leadership hammered mercilessly, is mostly over.

The vote passed as expected, last minute efforts by the Coalition to thwart a vote defeated by the Labor-Greens majority. The public gallery — from where Greg Combet watched proceedings — cheered an earlier procedural vote; the final vote went through with a decidedly anticlimactic silence. Opposition senators keen to delay proceedings had to settle for getting up and leaving the chamber after every vote, forcing the maximum period between divisions.

At deadline, the opposition were still trying to prevent the Bill titles being read by the Senate clerks.

This is the package that Labor promised it wouldn’t deliver before the last election, and one that has far more “direct action” than the package agreed by Malcolm Turnbull in 2009. And it comes nearly four years after both parties went to the 2007 election promising Australians an emissions trading scheme. It’s a reform John Howard, Kevin Rudd, Brendan Nelson and Malcolm Turnbull all failed on.

Even Julia Gillard, who’ll go down in history as the woman who managed to achieve what any number of male leaders couldn’t, didn’t particularly want it. Instead, it was the Greens who dragged Labor back to do what it had promised and then resiled from. It’s their day, having seized on the opportunity afforded by a minority government, adeptly exploiting the hung parliament delivered by Labor’s ineptitude.

Much of the post-election commentary on the Greens focused on whether the responsibilities of the balance of power would destroy them as it destroyed the Democrats. By becoming part of the process from the start, rather than only being played in at the death, the Greens managed to shape the package to a form likely to appeal to their base, which was always suspicious of “market mechanisms” anyway. The Greens have thus passed their first major balance of power test with flying colours.

The Coalition has had it good for most of 2011, as Labor struggled with a lack of policy detail and a rampant Tony Abbott. Now, it seems, the tide has turned against it. Its repeal policy looks increasingly problematic, and its own “direct action” policy is discredited. The only thing in its favour remains voter resentment toward Julia Gillard over her backflip on the issue.

But in the chamber today, like their Coalition forebears in 1993 on native title and like the Labor Party on the GST in 1999, the opposition looks a party stranded by ideology and opportunism on the wrong side of history.

As for Labor, it’s got the worst out of the way, but its fate still rests partly on the implementation from next June. Don’t forget the Howard government suffered terribly in 2001 from implementation issues around the GST. But that’s a fate that rests in its own hands. 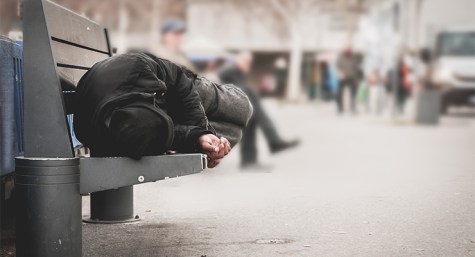 Interesting Bernard says this is a victory for the greens but bags out the policy as “one that has far more “direct action” than the package agreed by Malcolm Turnbull in 2009” which indicates he preferred the one the Greens killed under Rudd.

Hwever this is a good day for the greens and but especially for the ALP who have suffered much more than the greens for this legislation and now that suffering has proven to be worth it.

On implementation problems the GST was far more difficult to implement than the Carbon Tax will be.

The hung parliament was not necessarily delivered by Labor ineptitude. And the carbon tax in particular, was actually delivered by the Liberals who got Adam Bandt elected – by being too smart for their own good. They stopped a Labor person winning Melbourne and got a Green in. That Green was critical to the numbers for a minority govt. Had Bandt been a Labor member the Labor minority govt would not have had the Greens as part of the minority govt deal, and no carbon tax would have been required. Gillard would then have kept her promise! So Liberal ineptitude got us the carbon tax! (And the same can be said for any changes to the poker machine laws… getting Andrew Wilkie in the same way – stopping another Labor person from winning….)

Of course, I am glad! It is the Greens day! One and a half million voters wanted the Greens to have an influence and they finally are having it! More power to ’em I say!

Never been comfortable with the employment of ‘wrong side of history’ in contemporary debates; this nailed why: theaustralian.com.au/national-affairs/opinion/too-many-wrongful-claims-to-be-on-the-right-side-of-history/story-e6frgd0x-1226161589327

I agree with Bernard on so very many things. But on the question of complementary measures I find his statements dangerously close to market ideology. As a member of the Greens (and qualified in the subject), I would like to point out that we — led by Christine Milne — have been strongly advocating for a market-based pricing mechanism for years. Advocating in the face of the Liberals abandoning markets altogether, and Labor steadfastly refusing to actually follow it through.

But the thing is, as shown by the Stern Review and a slew of economic literature (including work commissioned for the original Garnaut Review), a carbon price signal is necessary but not sufficient to induce the necessary structural changes at the scale and pace required. Electricity market reform is an obvious problem. As is the advantage of incumbency for fossil fuel generators, in that they are far along their long run average cost curves where renewables are only starting out — the whole reason why price support mechanisms such as feed-in tariffs are necessary in the pre-commercial phases.

This isn’t socialism, it’s the Innovation Chain. And yet again, something only the Greens seem to have a clue about. Because we’re the ones not wedded to these played out bankrupt ideologies.

I would have preferred a Carbon Tax which was actually going to make a real difference ! This Tax, like speed cameras is purely for revenue raising, hidden behind a large political billboard which says – “Look At Me”. We could raise this revenue in many other ways. The first one that leaps to mind is a Stupidity Tax – Green voters to be hardest hit !