Money and art: should businesspeople run the creative space?

The common message from much of the social sciences is that the arts and culture are more than just industries exchanging goods and services. They are constitutive parts of our everyday life.

There was a boycott at Harvard the other day.

Yawn, you respond. Student boycotts, indeed. And yet, this was a boycott by economics students of Professor Greg Mankiw’s first-year economics class. Mankiw is a prominent centre-right columnist and commentator in the US, who occasionally advises leading Republican candidate Mitt Romney. He is also the author of one the most widely read introductory economics textbooks around the world.

What were the students upset about? They claim Mankiw’s course is biased. “Ec 10 is a symbol of the larger economic ideology that created the 2008 collapse. Professor Mankiw worked in the Bush administration, and he clearly has a conservative ideology,” Gabriel Bayard, a student, told the Harvard Crimson.

The walkout was inspired by Occupy Wall Street. I think Occupy Wall Street, and the various Occupy movements around the world are having all sorts of interesting effects on our broader discourse. One of them is the growing backlash against the profession of economics itself, and the “autistic” way in which it conceives of human relationships. The corollary of this economics scepticism is a new-found interest in other systems of social inquiry, like sociology and anthropology. Anarchist anthropologist David Graeber, for instance, is having a very good crisis.

Graeber’s new book, called Debt: The First 5,000 Years, is a long and brilliant history of debt in world civilisations, which puts forward the idea that debt is far more fundamental to human society than money. Debt, argues Graeber, actually preceded money itself. He thinks most first-year economics textbooks that still trace the origin of money to debunked ideas advanced by Adam Smith, a Scottish philosopher and economist  best known as the author of An Inquiry into the Nature and Causes of the Wealth Of Nations (1776), are totally wrong.

What has this got to do with culture? Everything, really. Economics has extended its hegemony into the study of all sorts of things, and the arts and culture is not the least of them. In policy terms, one of the most important trends of the past decade and a half has been the “creative industries” idea, in which cultural policy has been explained to politicians and policy makers as a way of spurring economic growth. The subtitle of US economist Richard Florida’s book The Rise of the Creative Class — “why cities without gays and rock bands are losing the economic race” — says it all really. Florida, an economist, has had his work comprehensively debunked in the academic literature in the 10 years since it as first published. But you can still find copies of it on the desks of arts and cultural officers in local councils across Australia.

Another way you can see the influence of economics on the way we do public policy is the many senior roles for academically trained economists in the top tiers of government. It’s not surprising that Glenn Stevens and Martin Parkinson are economists, but economic thinking has seeped into the way we think even about arts and culture. When the ABC televised its recent forum on the National Cultural Policy, for instance, the only academic on the panel was a numbers man, David Throsby.

One of the more obvious examples is the idea, which seems to be common among ministers and at the top levels of the bureaucracy,  that businesspeople are the ideal types to sit on the boards of big cultural institutions. The aims of business — to make profits for shareholders — are rather different to those of most cultural institutions, which are constitutionally non-profit and receive most of their funding from the public purse. And yet, while you’ll often find a token practising artist or two on the boards of important bodies such as the Australia Council or the National Gallery, the chairs are almost always prominent business figures.

But there are other ways to conceptualise arts and culture than as industries. One is as a set of social relations. And indeed, it may be that the ideas of anthropology are some of the best handles with which to get a grip on the growth of cultural phenomena such as Facebook. The academic world has scrambled to analyse social networks in the few short years of their existence, but far and away the most provocative analysis of Facebook is by an anthropologist, Daniel Miller.

Miller is well-known for his anthropological investigations of consumption and other aspects of everyday life. In Tales from Facebook, he examines the role social networks play in the lives of ordinary people in Trinidad. What is Facebook ultimately about? Miller draws comparisons to one of the most famous anecdotes in the canon of anthropology: Bronislaw Malinowski’s description of the Kula ring in the Melanesian islands off Papua New Guinea.

Another idea from the social sciences that can tell us a lot about our everyday cultural and artistic  lives is the idea of material culture, which is roughly the study of social relationships through material objects. These can be things such as the humble pencil or, equally, the complex technological goods such as laptops that most of us spend so much of lives with. Daniel Miller has been active in this field too. In his book The Comfort of Things, he tells the story of people living on a ordinary street in London via the contents of their houses and flats.

The common message from much of the social sciences is that the arts and culture are more than just industries exchanging goods and services. They are constitutive parts of our everyday life. That’s worth remembering when we think, write and develop policy about them. 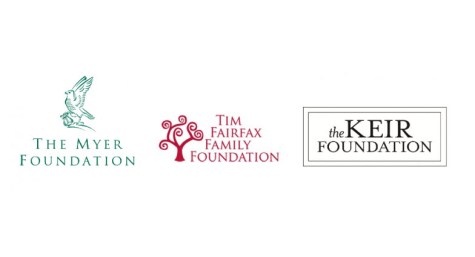 Aussie arts sector to get a new think tank, but is that a good thing?

Royalty & the wealthy have always been patrons of the arts.

I do not want my government imitating royalty, do you?

(I’m wrote this before reading the article, now I’m going to read it and see if I change my mind: )

Spot on there about what passes for economics in universities, btw, but I’m utterly unconvinced there is any reason any of the arts should receive direct funding from Federal Government.

Never let a economist be the final answer on any cultural institution or business.

Case in point – Victorian College of the Arts (savevca.org).

The (I think) Deputy Chair of the Australia Council is quoted as saying something to the effect that the significance of the arts goes beyond economics.

So I guess that’s something he found out during his tenure.

The Chair and Deputy have for quite some years been business people. Their genuine interest is not in doubt but they probably haven’t been through the artistic fire.

Ben, in a way, you also are making the value of the arts instrumental, in your case as a socialising force. I would say the fundamental value of the arts begins with the personal response and then extends into the social sphere because we respond together or collaborate together in making them. Somewhere down the road, there may or may not be a direct economic consequence.

An excellent article, well worth expanding (for Luddites such as myself who can’t be doin’ with all that hyperlinky thang) into a Monthly or Quarterly essay.
Now I shall trudge along to the library and hope that I can find those books mentioned.