The Sydney Daily Telegraph is clearly on the campaign trail.

A campaigning paper. I suppose it is an example of what the paper’s editor Paul Whittaker calls “normal journalistic rigour“: the Sydney Daily Telegraph is clearly on the campaign trail.

This morning has brought forth another of those crusading page one headlines designed to make things look bad for Julia Gillard and better for Kevin Rudd.

There really has been a series of such headlines with a distinguishing feature being the anonymity of the sources. This morning it is nameless “Labor figures” and “senior sources within the NSW Right” who have “confirmed” for the Tele that Foreign Minister Rudd was now being advised by his closest confidants not to wait until next year but to launch a challenge as early as the second last week of November.

Then, as if to give the paper a get-out-clause if the coup does not happen, readers were told there was mixed support for the idea of an early move, with some MPs claiming they would “deliver the leadership” to Mr Rudd in February — if he waited.

Now with polling figures as low as those featured in the Telegraph story it is not surprising that some within the Labor Party are pondering whether someone else might do better at the next election than Ms Gillard but that is a long way short of MPs actually plotting a leadership coup when there are the obvious difficulties of ensuring the cross-benchers in the House of Representatives would go along with it. The gossip, largely spread I imagine by lobbyists for the clubs and hotel industries, is that independent Bob Katter would support his fellow Queenslander Kevin Rudd which would remove the need for a Rudd government to appease the anti-pokies crusader Andrew Wilkie.

Given statements by Mr Katter in the past that is quite plausible but not likely at this moment. He is in the process of building a new political party with the Queensland state election very much on his agenda. Surely he would like that out of the way before having to commit himself to supporting a Labor government irrespective of who was leading it.

So my conclusion about this morning’s headline? Almost certainly just another leadership beat-up but it is also certainly not going to be the last of them.

Putting the album on hold. One immediate casualty of the latest flare-up of Europe’s financial problems is Italian prime minister Silvio Berlusconi’s plan to release of a new album of love songs.

The music is on temporary hold to avoid the former night club singer looking frivolous at  time of such political uncertainty. But here’s a little clip to be going on with: 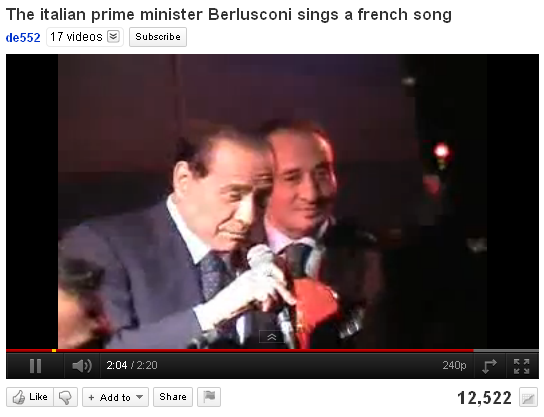 A sample of the Berlusconi style

Lyrics to a song from an alum released by Mr Berlusconi in 2003, incidentally, include these wonderful lyrics:

“Tell me it doesn’t end here, that you don’t want to throw away our strange love like this. Tell me you’ll come back to me with no more bitter words, let me win your heart.”

Retail sales chugging along. No boom, certainly no bust, retail sales are just chugging along. The Australian Bureau of Statistics figures for September show a steady growth with monthly turnover in trend terms up 0.3% for the fourth month in a row.

An unhealthy problem looming. Improving the public hospital system and ending the blame game over which level of government was responsible was supposed to be a major priority for this Labor Government. That the mission is far from accomplished is suggested by the AMA’s Public Hospital Report Card released this morning.

The AMA believes there was little improvement in public hospital capacity and performance across Australia in 2009-10, despite extra Commonwealth funding. Releasing the report AMA President, Dr Steve Hambleton, said that public hospital performance in every State and Territory is well below targets for access to emergency departments and elective surgery set by the Council of Australian Governments (COAG).

“It is very much business as usual as public hospitals across the country are struggling to meet demand,” Dr Hambleton said. “They currently do not have the capacity to meet the demands of an ageing population that is also experiencing chronic conditions that inevitably require acute care.

“The median waiting time for elective surgery increased to 35 days.

“With no real increase in the capacity of public hospitals, patients will wait in emergency departments to be admitted to wards and wait longer for elective surgery.” 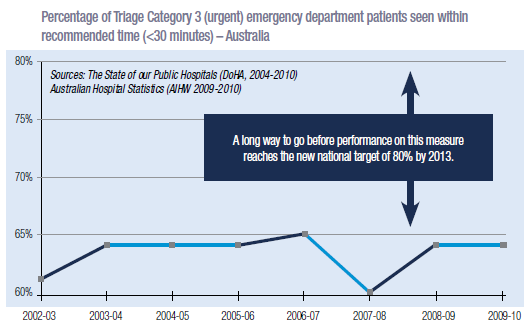 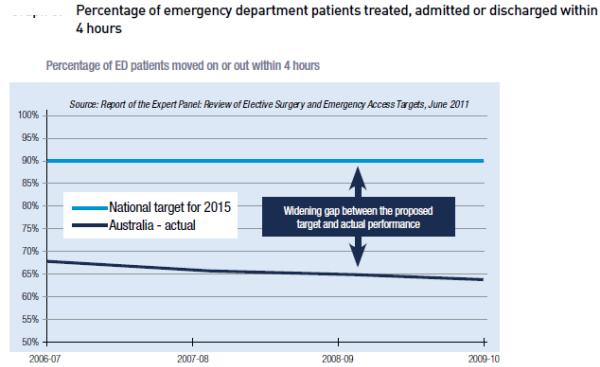 Dr Hambleton said that elective surgery waiting time data were being manipulated by the practice of creating “hidden waiting lists”.

“Tele-crass” – and the the spoils the winner?

A political contact in the Big House tells me there is a rumour “swirling” around Canberra “for months” and it has nothing to do with the ALP.

Besides, “Abbott’s not shining”.