You may not know him, but Patrick Delany plays a major role in determining which sports you watch on free-to-air TV, and which are restricted to those willing to pay for the privilege. That’s because Delany’s the head of Premier Media Group, owners of the lucrative Fox Sports network, and he’s working to take as […]

You may not know him, but Patrick Delany plays a major role in determining which sports you watch on free-to-air TV, and which are restricted to those willing to pay for the privilege.

That’s because Delany’s the head of Premier Media Group, owners of the lucrative Fox Sports network, and he’s working to take as many sports right contracts as his organisation can afford, and is allowed to purchase, over to pay TV. And as one of Australia’s longest-serving pay TV executives, Premier’s got the right man for the job.

Delany’s been in and around subscription television since not long after the first coaxial cables were being rolled out some 15 years ago. And the former swimmer-turned-lawyer-turned-media heavy has got energy to burn.

“Fox Sports won’t be a place for the lethargic under Patrick,” sports rights negotiator Ian Frykberg told The Australian recently. Foxtel CEO Kim Williams agrees: “One is impressed by his sense of energy, his sense of generosity, his sense of warmth, the fact he is such an easy communicator. He is a very, very likeable person. But there is real substance to go with that.”

Delany, who still looks like a media lawyer with his short grey hair and black-framed glasses, initially got into subscription telly in 1994 at the now-defunct East Coast TV. He then went on to work at production company Southern Star before moving back into pay at Foxtel with XYZ Networks. Not long later he was being earmarked for bigger things, particularly during his role running Foxtel Digital where he won many admirers.

These days at Premier and Fox Sports, Delany’s got a few decent-sized moguls in his corner. Controlling one half of PMG is News Corporation (and all its riches), controlling the other is Consolidated Media Holdings (in other words: James Packer and Kerry Stokes). All three of those entities know the value of decent live sport. And they’re willing to help out a friend.

It’s that kind of support which helped drive PMG to make its biggest power play yet: the $500 million-plus Foxtel coughed up this April to show every game of the AFL live from next year. Delany wasn’t in charge then, he was executive director of sales and product development at Foxtel, but he’s the one who will reap all the benefits.

The deal, which will see it simulcast four games from free-to-air rights holder Seven, marks a significant change for televised sport in Australia. It’s the first time every game of one of the two major sporting leagues will be played live on pay TV. While it was a boon for the AFL (which was able to boast a $1.253 billion media rights deal), it could also be a boon for Foxtel.

Frykberg, who advised on the deal for Fox Sports, says live sport will help drive subscribers for the pay network. Premier fought hard for live coverage to boost its hold on the tight-shorts game.

“Live coverage is very important to a sport, exclusively live coverage is increasingly valuable to broadcasters because it provides a point of major difference,” he tells The Power Index.

Delany also hates coming second. Like the time he finished behind his brother Michael (fifth overall) at the swimming trials for the ’82 Commonwealth Games.

On that occasion his brother went on to win gold as part of the relay team known as the ‘Mean Machine’. It was a life lesson for Delaney, who recently told The Australian that “nobody remembers second. They don’t. It’s an unfortunate fact of life.”

Now, with the AFL in the bag, Delany’s next step will be looking to increase Fox Sports’ share of the most valuable sports rights properties. Like next year, when the NRL rights come up for auction. 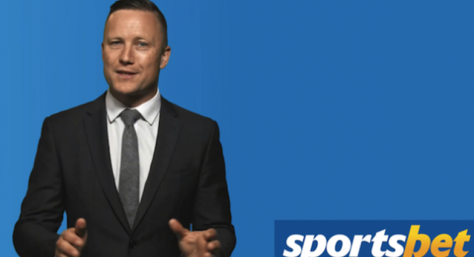