What’s non-strategic about saving a river?

Juliet Le Feuvre, a healthy rivers campaigner at Environment Victoria, writes: Federal government water buyback is paying dividends for our river systems — since 2009 the government has delivered almost 600 GL of life-sustaining water to the rivers and wetlands of the Murray-Darling Basin. While the Basin has obviously had a good soaking in that time, […]

Juliet Le Feuvre, a healthy rivers campaigner at Environment Victoria, writes: Federal government water buyback is paying dividends for our river systems — since 2009 the government has delivered almost 600 GL of life-sustaining water to the rivers and wetlands of the Murray-Darling Basin. While the Basin has obviously had a good soaking in that time, the extra water has revived stressed trees, enabled fish and bird breeding when it was not otherwise possible and greatly enhanced recreational opportunities for boating, swimming and fishing, not to mention the pure pleasure of spending time by a river with water in it.

Buyback is also popular with farmers — every purchase tender in the southern basin has been oversubscribed and the ability to sell water to the government has put cash in sellers’ pockets and provided business flexibility. Even the Productivity Commission is impressed, saying that buyback provides value for money in improving river health.

So why are water buybacks now being called into question?

The buybacks were criticized by the Windsor inquiry, which recommended that all ‘non-strategic’ buyback cease. However the inquiry’s report failed to provide a definition for “strategic” and now the federal government is struggling to interpret its meaning. Recent reports suggest that that they may limit future purchase offers to irrigators who wish to sell only part of their entitlement, to try to keep them in business and avoid the much-discussed ‘swiss cheese’ effect where remaining irrigators are scattered randomly across the landscape.

This approach would have two likely impacts. Firstly it would limit options for those irrigators who wish to sell their entire entitlement and cease irrigation in the face of other pressures such as falling commodity prices. Secondly if the government withdraws from the market it would likely drive down the price that irrigators receive for their entitlements. While most irrigators who have sold to the government to date have only sold a portion of their entitlement, there is no knowing how many more irrigators there are in this category who wish to sell water to the government, and therefore how long such sales can continue. This situation again creates great uncertainty about future price trends.

A more genuinely “strategic” approach is for the government to focus its purchase program into those areas which are least suitable for irrigation whether because of water shortage, soil suitability, inefficient leaky water delivery channels or rising salinity, and reduce the footprint of the whole irrigation area. Such an approach would be an ideal fit with government investment in irrigation modernisation like the just announced $1.2 billion NVIRP Stage 2 project in northern Victoria. Coupled with a targeted adjustment package, the result would be a highly efficient, sustainable irrigation area producing high value products. Those exiting from irrigation would be able to do so with dignity intact, money in their pockets and assistance to transition to other opportunities.

And our rivers would have enough water to be healthy and to sustain the communities that depend on them in the long term.

What’s not strategic about that? 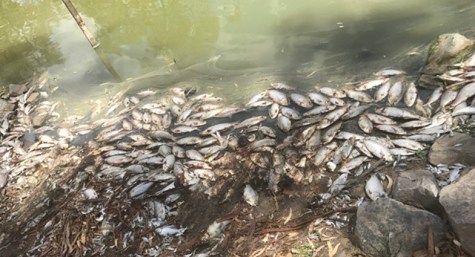 Billion-dollar rort: how governments allowed Murray-Darling irrigators to rip us off

The raging Murray-Darling debate: an overview

Murray-Darling: keep the pollies away