Mabruk Tunisia! An election to be proud of

To say that the Tunisian election is a critical is somewhat of an understatement, but it carries far more than symbolic value, writes Dr Benjamin MacQueen, deputy director of the Global Terrorism Research Centre.

With the close of polling in Tunisia after Sunday’s vote, Rachid Ghannouchi’s Ennahda (Renaissance) Party appear to have excelled even their own high expectations. With several seats still in doubt, and results only slowly emerging, it appears that Ennahda may win as many as 90 seats, or over 40% of the 217 seat Constitutive Assembly.

To say this is a critical election is somewhat of an understatement, but it carries far more than symbolic value. This is an election for a Constituent Assembly, an Assembly that will form the first post-Ben Ali government and, critically, Tunisia’s new constitution. In this, decisions will be made by the Constituent Assembly over what institutional arrangement Tunisia will be governed under, from a parliamentary system to one with a strong executive.

During the often chaotic campaign for the Assembly, the world, and indeed many Tunisians, sought to familiarise themselves with the huge range of now legal political parties in Tunisia. In this regard, each party ended up with a default prefix of “the moderate Islamist Party …”, “the Centre-Left …”, and so on. This may capture elements of each party’s platform, but it can also obscure who these groups are, who will work together, and what this will mean in the vital following months for Tunisia’s fledgling democracy.

Ennahda is a movement that references religion. As such, it may be characterised as an “Islamist” Party in some respects, this being on display with the chants of “no to atheism” emanating from the party faithful as news of their electoral success rolled into party headquarters. However, this does not fully capture the nature of this movement or the relationship of religion to politics here and across the region.

Parties like Ennahda are socially conservative, at times populist in their rhetoric with strong reference to support of the private sector as well as social justice and social welfare programs. These latter factors may appear discordant to Western audiences, but reflect the more subtle ways Islam has impacted on the political landscape and the nature of conservative politics in its communities. That is, conservative movements focus far more on social than economic policies.

The role of the state is not as controversial in this discourse as it is in Western conservatism, meaning that an Ennahda-led government will likely develop a suite of policies pursuant of these priorities such as education reform and challenging the previous regime’s active exclusion of religion from public life. Here, the party may be tagged as following a “shari`ah by stealth” campaign, a charge that its opponents will use. But Ennahda has a constituency that seeks a role for religion in the affairs of state as well as having a general conservative view on social priorities.

In this regard, we are likely to see a coalition emerge between Ennahda and one or both of the “Centre-Left” Parties in Ettakatol (The Democratic Forum for Labour and Liberties) and the Congress Party for the Republic (CPR). Ettakatol and the CPR campaigned against Ennahda on the basis of resisting an Islamisation of the state. However, there is some consensus between these parties on the need to maintain a reasonably strong social welfare program, particularly as the impacts of the political unrest permeate through to the Tunisian economy in the form of rising unemployment.

This will be a volatile relationship, but it is important to remember that these are not mutually exclusive ideologies. This government will be able to co-operate on a variety of issues such as welfare and the particularly controversial privatisation program. This will be of particular interest in that any new government will have to take steps to break up the massive holdings of the former Ben Ali regime (an estimated 40% of the Tunisian economy). Ennahda and its potential allies in Ettakatol and the CPR will need to implement some measure of privatisation, but will resist a fire sale of former regime holdings.

This is likely to be the major division between this prospective government and the largest party outside of this grouping, the “Centre-Right” Progressive Democratic Party (PDP). The PDP and the Free Patriotic Union support greater liberalisation of the Tunisian economy combined with a strong stance on the retention of an enshrined secularism in any new Tunisian constitution.

From the outset of the campaign, the PDP in particular has set itself up in opposition to Ennahda. This has created a tripartite dynamic in the new Tunisian democracy, split between Ennahda, Ettakatol/the CPR, and the PDP/Free Patriotic Union. In the short to medium term, it is likely that Tunisian politics will oscillate between coalitions of two of these three groups, with Ennahda having the strongest hand.

What remains unclear in the potential Ennahda/Ettakatol/CPR coalition is what decision will be made on the new institutional arrangement for Tunisia. Ennahda favours a Westminster parliamentary model while almost all other parties seek to emulate the French model of a strong executive. This may reflect apprehension in terms of having a check on the power of the strongest single party, an apprehension that will be articulated in terms of worries over Ennahda’s religious priorities.

What is notably absent here is the threat on the part of any party to withdraw from the system, even if they have not done well out of this first electoral process. For all groups to accept the integrity of the institutions is a momentous achievement, and one that bodes well for a Tunisian democracy regardless of who should be in power. 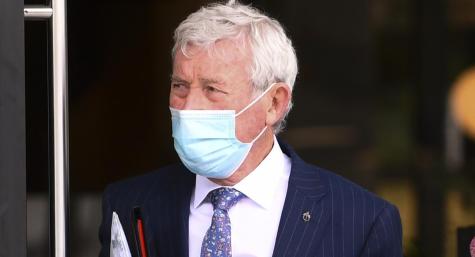 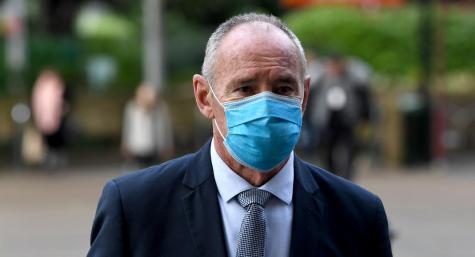