What are the laws around occupying?

What are the laws around occupying and protesting in Australia? And when can police remove protesters?

It was a rather violent state of affairs in Melbourne last Friday, when 400 Victoria Police officers — including riot police — removed Occupy Melbourne protesters from the City Square. On Sunday, a dawn raid by more than 100 police dispersed the Occupy Sydney protesters camping out in Martin Place.

What are the laws around protesting in Australia? Can people legally camp out in public places? And amid accusations of police violence against protesters, when can police use force to remove people? Crikey asked the experts …

Don’t we have a right to protest in Australia?

Sort of. Not officially, since we don’t have a federal bill of rights.

Under Article 21 of the United Nations International Covenant on Civil and Political Rights — of which Australia is a signatory, it states:

“The right of peaceful assembly shall be recognised. No restrictions may be placed on the exercise of this right other than those imposed in conformity with the law and which are necessary in a democratic society in the interests of national security or public safety, public order (ordre public), the protection of public health or morals or the protection of the rights and freedoms of others.”

It’s the “no restrictions may be placed on the exercise of this right other than those imposed in conformity with the law” which is the most important here, since it was local council and state laws that were enacted to remove protesters.

What laws were enacted to break up the protests?

In Melbourne, it was because of Melbourne City Council laws that ban tents and structures being erected in a public area and camping in public spaces. In section 2.11 of the Melbourne City Council Activities Local Law 2009 regarding behaviour in public places it states: “Unless in accordance with a permit, a person must not camp in or on any public place in a vehicle, tent, caravan or any type of temporary or provisional form of accommodation.”

The other key part, section 4.7 of the same laws, says:

…a person must not hang, pile or place any goods or allow that to occur:

(a) on the roof of or other portion of a verandah; or

(b) on any shopfront or outside wall of premises.

According to Erin Buckley, spokesperson for the Occupy Melbourne legal support team, under that legislation council officers can give infringements but can only order the removal of structures if the council can demonstrate an urgent need to remove them. “Council has the authority to remove structures but they don’t have the authority to move people out of the way in order to do so,” said Buckley. She also noted that there was “no basis” or reasons given by council on what the urgent need to remove the structures was, considering they had already been in the City Square for a week.

Buckley said of the people arrested that she was aware of (a total of 95 were arrested) all were arrested under “breach of the peace”, which is a common law, rather than a statutory one, but that to her knowledge all were released without charge.

What about in Sydney?

It was a similar story in Sydney, where police chose to enforce signage in Martin Place that forbids camping. According to a NSW Police media release: “Seven protesters were issued field court attendance notices for breaching the Local Government Act … police maintain the protest breached City of Sydney Council regulations … the protesters were also in breach of the Summary Offences Act.”

Yes it does sound rather confusing. NSW Police media told Crikey to contact the City of Sydney Council. We contacted Lord Mayor Clover Moore, who was quoted in The Australian yesterday, saying that original reports by police and media that protesters were removed as they were breaching council by-laws was “inaccurate” as those by-laws no longer exist.

Moore told Crikey: “The management of protests is the responsibility of the police. The city was not informed prior nor gave any direction to the police to act against the protesters early Saturday morning. The police chose to enforce signage in Martin Place that prohibits camping — the Local Government Act gives the police the authority to act.”

Moore’s office told Crikey to contact NSW Police to check what laws were violated. Given that NSW Police had redirected us to the council, we browsed the LGA — which the state government is responsible for — and assumed Police were referring to section 632.1, which states: “a person who, in a public place within the area of a council, fails to comply with the terms of a notice erected by the council is guilty of an offence.”

The notice in question? In the middle of Martin Place you’ll find this sign: And just to be clear, the Summary Offences Act bans offensive conduct and violent disorder in public places.

But Occupy Sydney protesters still have a champion — of sorts — in Moore. “I support concerns about wealth disparity and growing poverty and believe the Occupy Sydney group should now look at legal ways to promote their cause that don’t have a negative impact on the rest of the community,” Moore told Crikey this morning.

Are police allowed to use capsicum spray on non-violent protests?

There were numerous incidents of capsicum spray being used in breaking up the Occupy Melbourne protest, with some protesters arguing the police force was unnecessarily violent.

The guidelines for Victoria’s police use of capsicum spray state:

Members may only use OC spray/foam where they believe on reasonable grounds it is necessary:

Do not use OC spray/foam when a person is passively resisting arrest e.g. hanging limp or refusing to comply with instructions.

Essentially it’s up to police officers to review the situation and decide if it’s violent. But 16-year-old Connie Grant, who copped pepper spray in the mouth during the protests, says police were just spraying the capsicum spray at a group of protesters in an attempt to move them forward, although protesters were calm and telling police it was a peaceful protest.

“Maybe someone provoked them. But it [the spray] wasn’t directed at one person, it was at the crowd,” Grant told Crikey.

When buying a house is better than rent 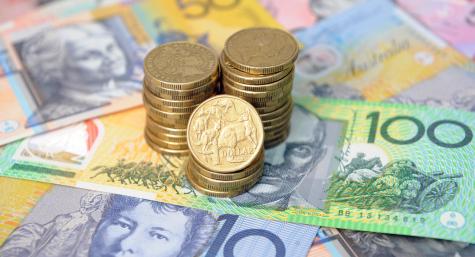 Regarding the right to protest in Melbourne specifically, does the Victorian Charter of Human Rights and Responsibilities have any relevance?

Meg I think basically the judges will be the ones to decide that, if and when it’s tested.

The footage online shows strong arm tactics by the police force, undoubtedly. Lord Doyle’s edict to send the troops in perhaps made the strongest point in favour of the protesters for the day. It has certainly inspired me to join the cause.

But they were given a valid legal reason to act. Let’s not give them one, and if they still act then the courts will need to act also. And stop antoganising police, like can be seen on footage online. That’s simply a stupid way to protest. You may personally despise the police force but this is not the time to show it. They can’t change anything. They are bound by law like the rest of us, unless given good reason. Stop giving them reasons. No chants about them, no boom boxes in their faces, no swearing at them. Sit. Stand. Occupy. Make a statement through a demonstration of peaceful popular support. Then you’ll get families coming. Then you’ll get the elderly coming. Then the 99 percent will show up.

Most of us agree with the cause, but it is being undermined by the overly-eager politically zealous few.

According to Clover Moore and quoted in SMH, the police’s interpretation of the bylaw was “inaccurate” and that the city “respected the right of protest.” Anyone’s who wishes to camp indefinitely on her streets can now do so, provided they are protesting something.

Campervaners, backpackers, grey nomads, tourists, heck EVERYONE, even commuters who work in CBD – can now put up a tent and park themselves wherever they like with a sign saying they object to the exorbitant cost of accommodation in Sydney.

Beats battling the traffic or Sydney’s hopeless public transport to get to work. Thank you, Clover. And Sydney’s housing affordability crisis has been solved.

I gather that is about as close as Crikey can come to any sort of factual balanced reporting on this subject.

Shame that the only legal right we do have in our Cth Consitution was NOT discussed; our implied right to freedom of political communication.

And this post was about as balanced as you can get, it simply referred to the law as it stands, not as it should.