The Power Index: in a sports-mad nation, who’s the most powerful?

The country’s two biggest footy leagues may have just staged their respective grand finals, but there’s no off-season for the powerbrokers running sport. Not when there’s a quid to be made. We don’t have to tell you that sport is a pretty big deal in this country, but we’ll lay down some figures anyway: 7.6 […]

The country’s two biggest footy leagues may have just staged their respective grand finals, but there’s no off-season for the powerbrokers running sport. Not when there’s a quid to be made.

We don’t have to tell you that sport is a pretty big deal in this country, but we’ll lay down some figures anyway: 7.6 million people attended a sporting event last year; more than 13 of the top 20 television shows for the year were sport related. And wherever you look, someone in a corporate box is turning that passion into commercial gain. In our Sport Top Ten, much of that influence comes from the amount of money that person commands.

But it’s not just money that equates to power. There are also the people who can get things done politically, who can turn scandal into opportunity, who can shape opinion through their position as a guardian of this country’s greatest obsession.

Don’t expect to find any athletes on this list; they’re just not powerful enough.

What can they do?

Why are they powerful?

There’s only a limited amount of airtime available and if your sport isn’t on television, well it’s just not going to get anywhere. With the rise of live scheduling and HD broadcasting, it’s never been a better time to be a sport fan. Or a league boss looking to hawk your product.

This leaves a lot of influence in the hands of broadcasters like Fox Sports (who have the rights to just about every major sport and plenty of the smaller ones) and sports rights agents like Ian Frykberg (who negotiates a lot of those deals). According to Frykberg, a long-time expert in sports broadcasting, the real trend in this area is live sport. He says this drives revenue in other areas, like sponsorship.

The AFL is winning this debate at the moment, after its recent $1.253 billion deal. But look for the NRL to try and get close to those dollars when it renegotiates its arrangement next year.

Gambling in sport has been on everyone’s lips recently, whether it’s concern about match-fixing or the stoush currently being fought by clubs over poker machine pre-commitment.

It’s easy to see why it’s an industry that’s being picked on. The numbers are huge. More than $22.6 billon was wagered on sport and racing alone last year, according to industry figures. And it’s in sports where gambling has really taken off in the last few years, sparked by a relaxation of bookies offering their services to other states.

But most of the power resides with the Tabcorp/Tatts duopoly. They control a huge part of the thoroughbred industry, still the largest part of the wagering market.

Expansion is the magic word for some administrators at the moment. Soccer’s A-league has been keen to make sure it keeps expanding, so as not to lose the momentum gained from initial success. Cricket is also just about to see the launch of its new Big Bash contest which will see players play for cities, not states, for the first time.

And AFL boss Andrew Demetriou is currently carrying out phase two of his evangelical mission to take his code into rugby league heartland. It’s enough to have his NRL counterparts in NSW and Queensland worried.

Mark Arbib is undoubtedly more well-known for helping knife a prime minister rather than throwing his weight around in sporting change rooms.

Publicly, he’s the sports minister, but some would say he’s more so a faceless man. A party apparatchik, who’s been rewarded for factional loyalty with a cushy front bench possie.

The ALP powerbroker recently made his way to No.3 on our list of Top Ten Political Fixers, so scoring a spot in the Sport Top Ten makes two lists for this backroom specialist. It’s a surprising result for a bloke whose career one veteran Labor powerbroker recently said should be “totally f-cked”.

But counting numbers and organising coups is what Arbib does in his spare time. Because by day he’s paid to help decide which sporting bodies get what cash, how much punters can bet and what high-performance drugs are illegal. And he’s got some fans in the establishment. 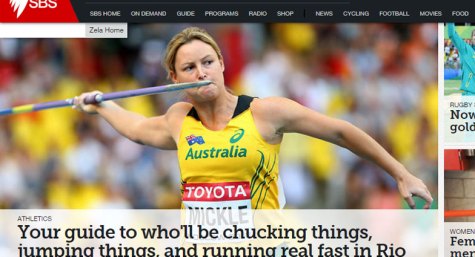