The birth of ‘liberated’ Libya

You start as you mean to go on, and the new government has started by murdering Gaddafi and lying about it. Together with the persecution of black Africans and the burning of loyalists’ houses, this hardly paints a picture of emerging freedom.  It is more a case of “tyranny is dead, long live tyranny”.However, this new tyranny shares the stage with chaos.  The rebel army is a rabble that only won due to NATO air support.

The National Transitional Council includes everyone from long-term Gaddafi supporters (who presumably want the status quo without the fancy dress) to self-proclaimed liberal democrats and alleged Islamic terrorists.  This omnibus coalition is sure to break down now the common destination is reached.  It can hardly be replaced by a parliamentary system where the disparate parties take turns in governing, as the societies they wish to construct are too violently divergent.  The most probable scenario is a new round of civil war.

In this context the damaged infrastructure is unlikely to be repaired, and Libya, one of the most prosperous and least unequal countries in Africa and the Arab world, is heading for economic collapse.

Of course some will preach that we shouldn’t dismiss the possibility that Libya will emerge as a functioning liberal democracy. True. And we shouldn’t assume that Australia won’t become a military dictatorship in the near future. It just seems a bit unlikely.

“Or perhaps more accurately, dying of shame at the media’s coverage of this shit storm in a Royal Dalton tea cup.”

Erm … actually it is a shit storm in a Royal Doulton tea cup! The mistake says it all, really.

Charles Livingstone writes: Re. Crikey‘s Betfair promotion. One of the things I have admired about Crikey is your preparedness to take on powerful vested interests, to point out the emperor’s lack of clothing, and to provide a forum for debate on issues and policy at a level of detail and thoughtfulness not apparent in the MSM. I was therefore somewhat distressed to discover a promo for Betfair being circulated in the run up to this last weekend’s episode of Victoria’s annual horse racing and gambling festival.

My concern with this is based not only on the promotion of gambling using Crikey to, effectively, legitimate it, but more urgently on the basis that offering incentives to gamble (such as a $100 refund if your first bet doesn’t pay off) presents a real risk for the development or re-emergence of gambling problems. In particular, there is no doubt that some of those exposed to this promotion will be struggling with gambling problems; presenting them with this type of incentive may be exactly the way they end up re-immersing themselves (and their family, friends, employers and neighbours) in the misery and despair of a gambling problem.

Crikey is of course a commercial outfit and I accept it has to make money. I am also not opposed to gambling per se. On the other hand, I don’t think anyone can suggest that someone who wishes to place a bet would be impeded in any way from doing so if Betfair weren’t to promote its wares via Crikey. You are not obliged to carry any particular promotion or advertisement — you clearly have the capacity to determine what you promote and how you promote it.

Reflection on the recent Betfair promotion might suggest that it was in the interests of neither Crikey nor its readers to participate in the cycle of exploitation and harm production that, in my opinion, commercial gambling presents, particularly when promoted in this manner. 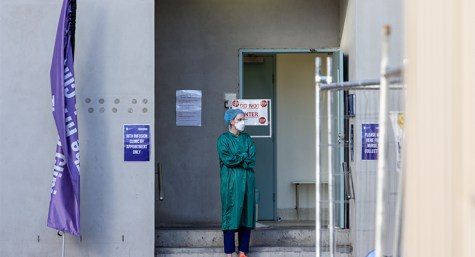