Despite claims The Times now has 110,000 paying customers, News International confirmed overnight that around 120 journalists jobs would go from the paper. Plus other media news of the day.

SC Daily an angry, angry paper. Angry Anderson may be looking in the wrong place for a political career. News Limited-owned weekly Journal publications on the Sunshine Coast last week gleefully reported (not online, sadly) that an ABC Brisbane announcer had introduced listeners to UK journalist Alistair Coleman, who runs a blog called Angry People in Local Newspapers. The hilarious site — apparently one of the top 10 favourite UK journalists’ sites — shows in pictorial results the burden of poorly-paid and downtrodden provincial newspaper photographers despatched to try and tell stories, snapping groups of angry residents, workers, etc. Some of Coleman’s comments under each picture are absolute gems.

In the Journals’ piece, titled “Why we all need to cheer up”, Coleman is quoted saying one of the angriest papers he had come across was News’ local arch-rival and APN-run tabloid, the Sunshine Coast Daily. He says the Daily was his “favourite angry newspaper in the whole world” because it had a talent for “having very, very angry people, usually wearing shorts”.

That paper’s editor Mark Furler, in an editorial response (also not online) the following day, sniffed that the Journals held sour grapes over being beaten to a scoop. Angry, this could be the beginning of a whole new friendship … — a Sunshine Coast Crikey correspondent

SMH’s Gaddafi coverage: beet is on. In the race to get the copy up quickly, The Sydney Morning Herald made an unfortunate violence/root vegetable typo on its website in the caption for the below photo … 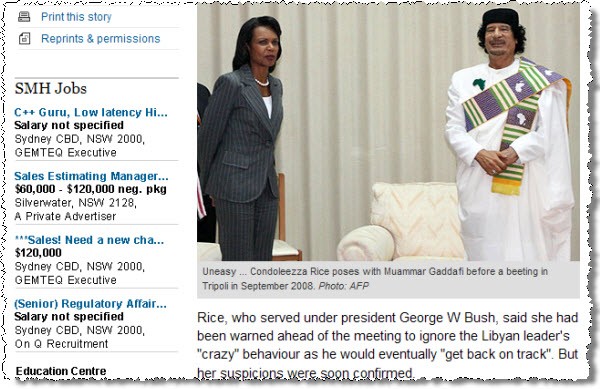 Bendigo Advertiser names names. On yesterday’s Bendigo Advertiser website, the paper names Antony Duguid as the person charged for the murder of newsagent Garry Angus and, despite naming him and detailing his address, it thought it best to partially black out his face lest he be identifiable … 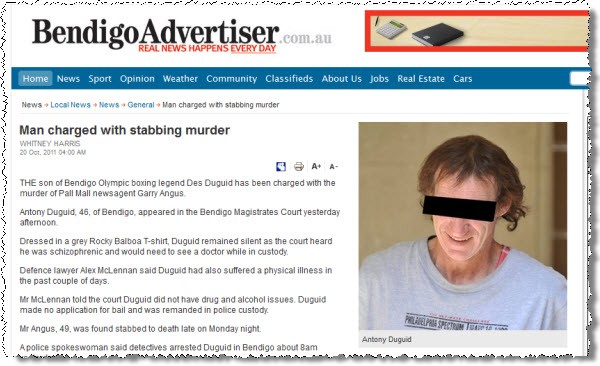 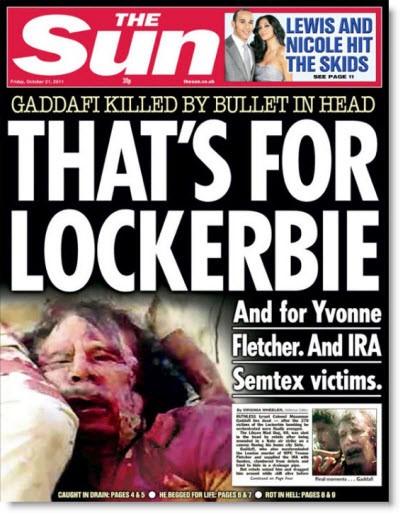 The saddest of days for the ABC

“The death of an employee is among the toughest tests of a CEO’s leadership skills. On a single day in August, ABC chief Mark Scott was forced to cope with the loss of three senior staff when reporter Paul Lockyer, cameraman John Bean and pilot Gary Ticehurst were killed in a helicopter crash near Lake Eyre in South Australia.” — The Australian

“Hungry Beast, ABC’s ambitious series which trained journalists, producers, researchers and web producers, is languishing without any sign of a future on the public broadcaster.” — TV Tonight

Why Apple’s Newsstand is driving a surge in magazines

“Since Apple launched it last week in the latest version of its iOS operating system, its impact has been immediate and significant. Many Newsstand apps now rank among the top free apps overall, and magazine and newspaper apps are benefiting from a surge of downloads and subscribers.” — Poynter

“In my lifetime, I have seen media and journalism go through tsunami-sized changes. I fell in love with journalism, newspapers, TV, TV news, movies, and books when all of them were discrete objects. Synergy was reserved for science and not a word used to describe media entities. ” — Mashable