Reece Turner, Greenpeace forests campaigner, writes: Recently I attended an auspicious event hosted by the Indonesian Ambassador in Sydney entitled Indonesian Forestry — Charting a Sustainable Path. It was quite a bizarre event and revealed just how concerned the large Indonesian forestry companies are about recent public debates in Australia focussing on rainforest destruction in Indonesia. From concerns about […]

Reece Turner, Greenpeace forests campaigner, writes: Recently I attended an auspicious event hosted by the Indonesian Ambassador in Sydney entitled Indonesian Forestry — Charting a Sustainable Path. It was quite a bizarre event and revealed just how concerned the large Indonesian forestry companies are about recent public debates in Australia focussing on rainforest destruction in Indonesia.

From concerns about tiger habitat ending up in our toilet paper, emissions from deforestation in our region to the plight of orang-utans and calls for palm oil to be labelled on supermarket products, Australians are becoming increasingly aware of the devastating loss of Indonesia’s rainforests. This has led to some Australian retailers breaking significant contracts with Indonesian paper giants.

Meanwhile, the invitation list to the event read like a who’s who of the Australian pulp and paper industry and it was clear that the Indonesian forestry industry held high hopes for the occasion.

CEOs, unions, officials, academics, lobbyists, consultants, and environmental NGOs were all invited to the 4 hour lunch. There was senior representation from the Indonesian side including Trade Minister, Dr Deddy Saleh. Other dignitaries such as the original modern Australian friend to Indonesia, former PM, Paul Keating were also invited. Whilst Keating didn’t show we made do with the ‘auspicious’ presence of former deputy PM John Andersen.

The invitation list also revealed who exactly was behind the event.

Of those present roughly about a fifth were employees or contractors for Asia Pulp and Paper (APP) and its affiliates — a notorious company singled out by Greenpeace as the biggest destroyer of Indonesia’s forests and labelled by The Guardian’s George Monbiot as laying claim to being “one of the most destructive companies on the planet”.

Even the moderator, Philip Lawrence was on the APP payroll.

In Indonesia, APP and its parent company, Sinar Mas is a huge financial and political force. The ultimate boss of APP, Eka Tjipta Widjaja, was recently identified by Forbes Asia as Indonesia’s third richest man. The company’s business model — as revealed by numerous media stories and documented by Greenpeace — depends upon the conversion of natural forests to plantations. It has been upfront about its aggressive ambitions for the Australian market, particularly in the paper tissue market.

The keynote address was delivered by Hadi Daryanto, Indonesia’s Secretary General of the Ministry of Forestry. Daryanto explained Indonesia’s significant target of reducing greenhouse emissions by 26% by 2020 (noting the contrast with Australia’s more modest 5% target). Indonesia is currently the 3rd highest emitter of carbon pollution behind the US and China, in large part due to deforestation and forest fires. Daryanto spoke about Indonesia’s ambitions for a low-carbon growth economy, the recent moratorium on logging and efforts the Indonesian government is taking to crack down on illegal logging. These are indeed significant policy objectives led by a president who genuinely believes that flogging the country’s remaining rainforests on the world commodity markets until they run out is not such a smart move.

But Daryanto overstated the actual progress the Indonesian government has made and failed to examine the significant challenges of enforcement and corruption his government faces, particularly when this policy is opposed by a concentrated and powerful industry.

He also played a video purporting to showcase the benefits of the industry which had remarkable similarities to recent APP advertisements. Even more remarkable was the clunky way the video ended just before APP’s logo seemed due to appear on screen.

The moderator, Philip Lawrence, was particularly concerned with how to improve the image of Indonesian forestry in Australia. He noted the number of Australian retailers who have recently cancelled contracts with major Indonesian paper companies following revelations of rainforest material in products. Reference was also made to efforts by Senator Nick Xenophon and the environment lobby to have palm oil labelled on consumer goods. It was noted with great relief that this effort seems to have been thwarted following the Coalition’s back-flip on support for the proposed laws.

But you can understand their desperation. Earlier this year, APP was fined $4.2 million following a price-fixing claim brought by the ACCC. It has lost significant contracts recently and just last month, after spending hundreds of thousands of dollars on spin and advertising, APP’s greenwashing attempts backfired spectacularly. Now the company’s attempt to get back on the front foot seems to involve enlisting the Indonesian government to spruik the “green” credentials of the industry.

It’s a common tactic for big business to get government to do their bidding for them — particularly in key export markets. But this attempt by APP to get the Indonesian government to address their image problem will have confused many as it simply doesn’t fit with the consistent reports of alarming rainforest destruction coming from the ground in Indonesia.

Reece Turner is a forests campaigner at Greenpeace Australia Pacific. 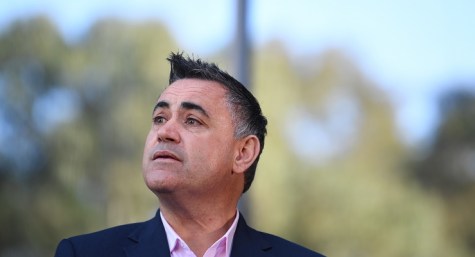 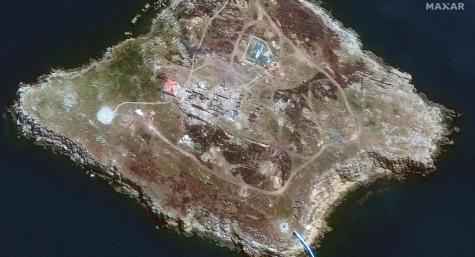 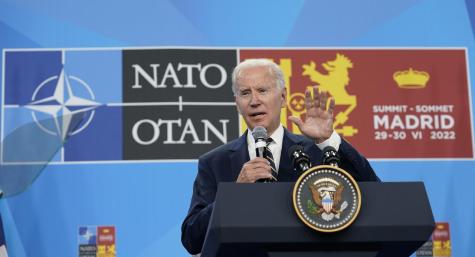