The pure political pragmatism of the climate change debate

Richard Barlow writes: Ken Lambert (yesterday, comments) does not get it , but maybe Guy Rundle, in his article, did.

The problem for Lambert seems to be that he has relied on Andrew Bolt and co for factually accurate stories. Hardly a strong suit.

“While leading climate scientists such as Drs Hansen and Trenberth disagree about magnitude of global warming and the perplexing stasis of temperatures in the 2005-2011 period, other committed green propagandists are still chanting the doom and disaster line.”

I don’t get that impression from what James Hansen, of NASA, had to say to the UK Independent on October 11, 2011:

“… a gap has opened between what is understood about global warming by the relevant scientific community, and what’s known by the people who need to know — and that’s the public. However there’s nothing that has happened to reduce our scientific conclusion that we are pushing the system into very dangerous territory, in fact that conclusion has become stronger over that same time period.”

Or from Kevin Trenberth, in the Boulder Daily Camera on January 12, 2010, rebutting claims that he questioned whether global warming is ongoing, and concluded by saying :

“Putting a price on carbon dioxide emissions is an essential first step to responsible management of our planet. The United States needs to show leadership on this critical environmental issue.”

Fortunately, Gillard now is showing leadership on this issue, and we can now try to influence other countries as Bernard Keane has argued in previous editions of Crikey.

Lachlan Howe writes: Guy Rundle got it right the first time, Ken Lambert — and you have gotten it very, very wrong.

Julia Gillard did not urge Kevin Rudd to abandon his CPRS in 2010 because she didn’t believe the science. She did so for reasons of political expediency, believing that Labor would lose the election if the party went to the Australian people with Rudd’s climate change policy. To suggest otherwise is fanciful thinking.

And, upon finding herself in government, she has chosen to pursue a carbon tax for the very same reason — politics, pure and simple. In order to form a minority government, the introduction of a carbon tax was a necessary precondition in order to secure the support of Rob Oakeshott and Adam Bandt.

For what it is worth, I think that Gillard believes in climate change and the science underpinning it. Not that it matters, because both in her urging of Rudd to ditch his CPRS and in her decision to proceed with a carbon tax it is obvious that she was driven by pure political pragmatism. Only time will tell whether those political instincts were right.

Dr Bruce Graham writes: Re. “Cut to the chase, circumcision is a violation of medical ethics” (yesterday, item 11). Robert Darby tells us that “It comes as no surprise to find American medicos recommending that parents have their baby boys circumcised; they have been doing so for more than  a century” and that the US is “a circumcising culture”.

These statements are true. It is also true that British doctors have for most of the same period been much less favourable. But he says nothing of why. It is, to say the least, a sensitive issue, and any comment will be open to dispute and offence, but since Crikey has chosen to host this debate, it cannot be ignored.

Some religious groups (and not only Judaism) favour circumcision, and may be inclined to seek logical reasons for its existence. This includes some streams of (particularly American) Protestantism.

Symmetrically, those who dislike religions that sponsor circumcision may be inclined to seek out criticism of the practice. In such an emotionally charged environment, the truth can be elusive.

Dr Darby is without doubt erudite, scholarly, and sincere. Whether he is any more or less (unconsciously) biased than those he criticises, remains a matter for judgment.

It remains my personal impression — as a practising Australian doctor — that the perspectives of doctors on circumcision owes more to cultural background than to honestly impartial analysis of an evidence body, which — frankly — shows not much either way in the First World.

We should ask whether the potential health gain (or harm) in criticising those with strongly held belief  is in fact worth the trouble.

Geoff Russell writes: Re. “The web of vested interests behind the anti-wind farm lobby” (yesterday. item 5). With so many anti-wind farm lobbyists, it’s hard to know why governments keep building them … my guess is because they are a cheap way of making grand claims about name plate power capacity, even when the farms deliver least when you  need them most. 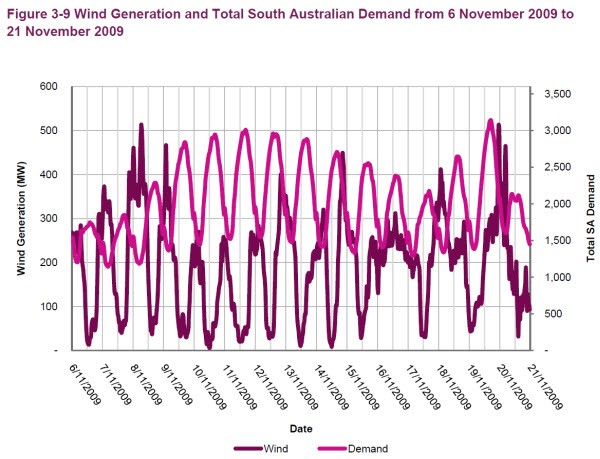 During the 16 days of the 2009 heat wave in SA, peak demand for power was beautifully matched with the minimum output from the wind farms.  Sure, wind power is cheap, but you have to build and maintain alternative systems  to deal with the unreliability of supply.

It rolls so easily off the tongue … but the recent collapse of the $1.5 billion Copper String transmission line shows that  “just build an interconnector” is much easier said than done.

International lecturer in Deep Geopolitics IAN R CRANE – Author, lecturer, documentary producer is coming to Australia for the first time to present an alternative viewpoint of the global financial crisis.

Mr Crane has gained a great deal of respect, speaking to packed audiences throughout the UK and Europe by questioning the media and governments on their attempts to bankrupt the sovereign nations, to achieve a one world government.

The politicians of Australia also have difficult questions to answer, Mr Crane concluded “If Australian politicians succeed in their apparent quest to bury the country in a mounting sea of debt,
while pioneering the introduction of carbon taxes on the behalf of the world trade organisation and all the while reducing public services to minimalist levels, future generations will be condemned to
lives of economic slavery.”