Herald Sun‘s questionable headline. Crikey noticed on page six of today’s Herald Sun the use of African-American language for its headline “OBAMA IN DA HOUSE” for its story on President Barack Obama’s planned November Australia visit. We can’t recall if similar language was employed by Hun subeditors for Obama’s predecessor, George W Bush, in his 2003 visit down under … 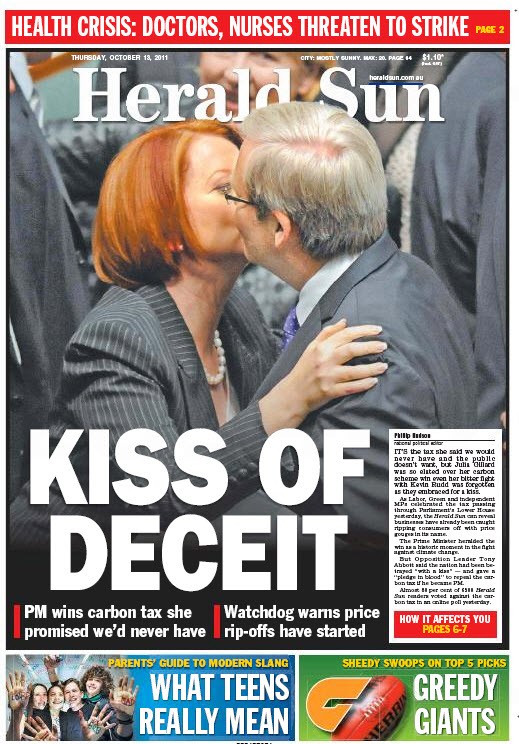 Community station’s free iiNet plug. BitTorrent defender iiNet has made its play for the inner-Melbourne hipster broadband market, prominently displaying a Triple R sticker on a fridge used in its latest TV ad. 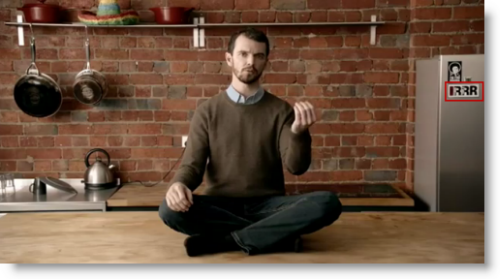 The iconic stickers, plastered like badges of honour on cars and bicycles all over Fitzroy and Northcote, usually come free with a subscription to the Brunswick East-based community radio station. We tried to contact the heavies at Triple R this morning to see if they were happy with their image being used by iiNet or whether they were even aware of the ad, but received no response by deadline.

Front page of the day.We wonder if there’s a more delicate way for the UK’s Halifax Courier to approach the subect of Prader-Willi syndrome: 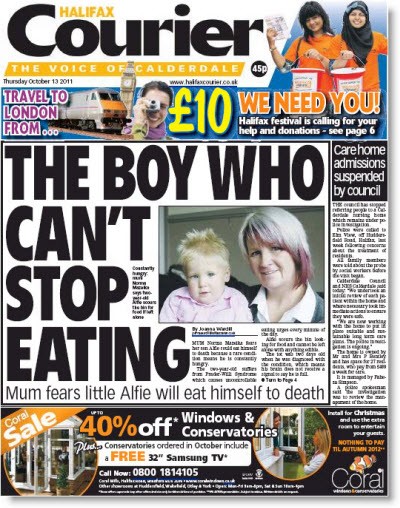 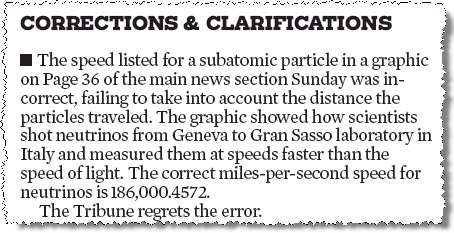 “Police were given evidence in 2002 that News of the World had access to illegally obtained messages from Milly Dowler’s phone – but did nothing about it.” — The Independent

“British auditors of newspaper sales said Thursday that they were reviewing the circulation of The Wall Street Journal Europe after reports that the publication had inflated its figures through unorthodox means.” — New York Times

“Just a day after their Summer/Autumn programming launch, SBS has lost one of its key executives in Peter Newman, Head of Production and Development.” — TV Tonight

“Dawit Isaak, who left Sweden for Eritrea to help build the country’s independent press — and was imprisoned for his efforts — has been awarded the 50th anniversary Golden Pen of Freedom, the annual press freedom prize of the World Association of Newspapers and News Publishers (WAN-IFRA).” — Editors Weblog

“The following email just went out to New York Times newsroom staffers. These are the first buyout offers the paper’s put out since the real depths of the recession in 2009. ‘Voluntary,’ yes. But not a good sign.” — Gawker

“MPs have voted to allow the use of Twitter during Commons debates after parliamentary authorities moved to ban it in January.” — The Guardian

“With its annual meeting coming up next week, News Corp. has been under mounting pressure from shareholder groups that want to dilute the influence of chairman Rupert Murdoch and his family and introduce more independence into its board of directors. Those critics will find fresh ammunition in a new study from GMI, a research firm that grades 4,200 public companies on their corporate governance and responsibility.” — Forbes

Crikey in your report on the global decline in newspaper circulation you missed the bit where it said that “However the report added that “what has been lost to print has been more than made up by digital newspaper readers”.

Re Obama in da House.
I wrote the headline and stand by it.
Party preferences aside, George W. Bush has not a grain of cool; Obama has it in spades, hence the wording.
Yours, Simon Kaye