*** UPDATE *** This post mentions a man named Shane Luther, who subsequently contacted me with a response. I have pasted it below. +-+-+-+-+-+-+ On Wednesday I wrote a less than complimentary review of Surviving Georgia, an upcoming Australian tissue box drama from co-directors Sandra Sciberras and Kate Whitehead, which will be released theatrically next […]

*** UPDATE *** This post mentions a man named Shane Luther, who subsequently contacted me with a response. I have pasted it below.

On Wednesday I wrote a less than complimentary review of Surviving Georgia, an upcoming Australian tissue box drama from co-directors Sandra Sciberras and Kate Whitehead, which will be released theatrically next week.

Take a gander at my appraisal and you’ll quickly realise that “less than complimentary” is something of an understatement. Surviving Georgia is easily one of the clunkiest attempts at melodrama I’ve seen this year. I didn’t gild the lily. It’s a true blue howler.

How surprising, then, that The Guardian, which houses one of the world’s most reputable collection of film writers, absolutely loved it. That is, if you believe the film’s official theatrical trailer and official poster, both of which proudly announce that the world-class publication awarded Surviving Georgia four stars and lavishly described it as a film that “touches your heart and leaves you with a smile.”

You might be thinking: there’s an easy explanation. Critics disagree all the time. There must’ve been a simple difference of opinion between me and one of The Guardian reviewers. Right?

Considering even Australian critics hadn’t had much of an opportunity to see Surviving Georgia at the time [18 May 2011], it was curious that this tiny Australian film starring Holly Valance (of all people) managed to secure a 4-star quote from a well-known source such as The Guardian website.

The sober truth is that none of the The Guardian critics gave the film four stars. None of them wrote the attributed quote. None of them even reviewed it.

So where did the accolade come from?

It was taken from a random internet user who commented on the film’s generic Guardian movie page, an (at time of publishing) empty URL which includes nothing other than the aforementioned words from a user named “lutherfilm.”

To take an anonymous user’s comments and attribute them as the official line of the website on which they were published is, to put it lightly, a gross distortion of the truth, even by the publicity industry’s often shady scuttlebutt standards. It would be like taking a comment from some random visitor to this blog, plonking it on a poster and writing CINETOLOGY right beneath. Deceptive and dirty marketing. Totally inexcusable stuff and, more than that, very sad that a publicity department should have to resort to such lousy measures.

Who on Earth knows who this “Lutherfilm” person is, anyway. The comment was posted way back on 18 May, which is coincidental since the film’s original release date, according to IMDb, was 29 May. This person’s profile features no other activity; they may as well be a stock standard Anonymous and be done with it.

I don’t want to put words in Dunks’ cyber mouth, but read between the lines and he seems to suggest, not unreasonably, that “lutherfilms” may be somebody related directly or indirectly to the film’s production, which would add another grim layer to an already thoroughly questionable situation.

I’ll guess we’ll never know if, on top of grossly deceptive marketing techniques, the quote the marketing department plucked was part of an in-house job. We don’t know whether the username “lutherfilms” refers to Shane Luther, the Australian actor/writer/director/producer whose name is mentioned in Surviving Georgia’s official press kit.

It’s a tough grind, marketing low budget Australian films, particularly ones that aren’t likely to generate strong critical or word of mouth responses. But it goes without saying — or ought to go without saying — that deliberate distortions of the truth should always be considered well and truly out of bounds.

A response from Shane Luther:

Regarding your article, I need to clarify a few things:

1) I’ve never used the handle lutherfilm or lutherfilms or similar to post comments anywhere
2) I’ve never posted a comment anywhere regarding Surviving Georgia, and haven’t seen the film
3) I’m only mentioned in the press kit in regards to a previous credit in the editor’s bio
4) I don’t have anything to do with the film, apart from the fact that I know some of the people involved 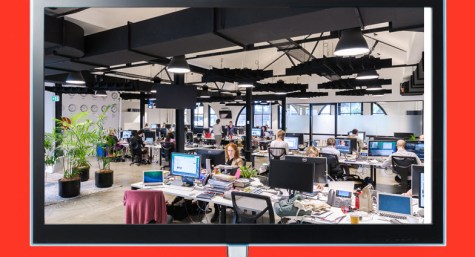