The power of Rupert: AMP wimps it on News Corp

So why did AMP, which manages $158 billion of investments, pull its punches on News Corp?

Buried beneath its 20-page liftout on the tax forum, The Australian Financial Review produced a cracking front-page story today revealing how AMP censored a governance report which was highly critical of News Corporation.

The media loves nothing more than a gotcha story and The AFR has left AMP looking silly for talking tough to its ethical fund clients and then changing its tune in public.

So why did a financial giant, which manages $158 billion of investments, pull its punches on News Corp?

What The AFR story didn’t reveal was that AMP has long helped News Ltd manage its staff superannuation fund. Indeed, when I left News Ltd, about $30,000 of super was handed over to AMP without any communication.

Given News Corp’s reputation for using every trick in the book to exercise power, dominate competitors and mitigate criticism, it is not at all surprising that AMP’s PR department decided to play it safe rather than risk a loss of business, plus potential public attacks by News Ltd journalists.

Maybe the IPA should rally supporters to fund a full-page ad in The Australian and urge AMP to boldly stand up for free speech, rather than being cowered into silence when it comes to taking on the world’s most powerful family.

AMP used to be the most important institutional voice in Australia when it came to standing up for good governance. Under investment bosses such as Leigh Hall and Merv Peacock, it argued the case against entrepreneurs such as Alan Bond and John Spalvins in the free-wheeling 1980s.

It was also front and centre in the mid-1990s battle against Solomon Lew at Coles Myer, after which it was instrumental in funding the first Australian proxy advisory firm, which now trades as CGI Glass Lewis.

However, after George Trumbull almost sent AMP broke with more than $5 billion of losses in the UK, AMP lost much of its power, although last year’s takeover of Axa’s Australasian business did bulk up its domestic operation.

Over the past decade, the Big Four banks have emerged as the new funds management giants courtesy of CBA’s purchase of Colonial, NAB’s purchase of MLC and Westpac’s later takeover of BT.

This has led to a corporate voting system that is highly conflicted because big financial conglomerates are very reluctant to vote against public company directors for fear of losing banking business.

AMP has less multilayered relationships with public companies but the News Corp situation shows how sensitive it is to dishing out public criticism.

For instance, why is it the ASA, which was leading the charge with strong quotes in The Australian’s lead business story this morning, about controversial pay changes at Wesfarmers?

Where is AMP, Perpetual and the Big Four banks on these issues? Silent, it seems.

News Corp is arguably the best example of cowering conflicted fund managers at work, which the Murdoch family themselves wield power by speaking publicly about everybody else.

When Rupert Murdoch enacted his notorious News Corp poison pill to fend off John Malone in 2004, not a single for-profit fund joined the successful class action in Delaware which was promoted by the Australian Council of Super Investors, the peak body for industry funds which have less conflicts of interest.

AMP may yet vote against some News Corp directors, but momentum for corporate governance reform usually requires some public name and shame on top of the actual voting.

Despite all its hard work to the contrary with hundreds of letters to errant company chairs, regular reports on its voting patterns and a strong record of voting against management, AMP’s failure to publicly take on the biggest corporate governance issue globally is a black mark against its name.

*Stephen Mayne is a director of the Australian Shareholders’ Association who monitors News Corp. Tomorrow and Saturday ASA CEO Vas Kolesnikoff and Stephen will be holding a workshop on governance at the Trading and Investing Expo at the Melbourne Exhibition and Convention Centre. Tickets for the full expo are normally $18 but Crikey readers can secure a free ticket by clicking here and following the prompts. Other speakers include Alan Kohler, Tom Elliott and Marcus Padley. When asked to enter the special promotional code, type in the text “MAYNE” and the tickets will be emailed straight to your inbox. If you wish to book any of the paid workshops, simply follow the prompts (fees range between $10 to $20 — advance bookings essential). 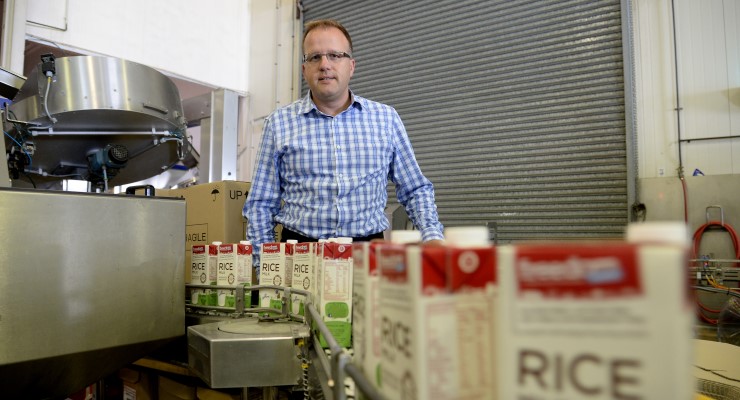 For real reform, the government should look at company directors, not workers

Richard, all part of Stephen’s News obession, it’s all getting a bit too much

They didn’t paywall that story.

unlike the one you’re reading?