Rundle: it’s all in the tone, Mao Turnbull, and apparently the genes 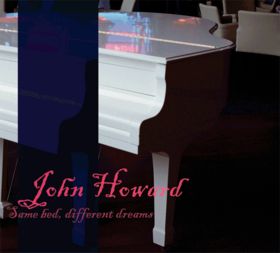 Malcolm in a muddle? Did the boy genius lift his theme for the LSE talk from this CD by, erm, John Howard. Is this John Howard really an English muso, or has the former PM’s Dylan obsession (‘i wasnt into the words I liked him for the singing’) finally got the better of him.

Malcolm Turnbull today refused to deny rumours that former Liberal prime minister Harold Holt was a Chinese agent, in a speech that offered fulsome praise for China’s one-party development model, while damning the contemporary United States for the paralysis created by its democratic system.

Speaking to the London School of Economics’ Asia Research Centre on the subject of Australia’s relationship with Asia — it was in the “Hong Kong theatre”, the “Lambing Flats” presumably unavailable — Turnbull chose the title “same bed different dreams” to describe the co-existence of Australia with the giant to its north.

Instead, Turnbull urged increasing ties with China’s leaders, noting that the Liberal Party and Chinese Communist Party “had sent delegations to each other”, and that this should continue.

“Zhongguo renmin zhan qilai le,” Turnbull told the astonished audience, claiming that it was Mao Zedong’s statement to the Chinese people in 1949 — “the Chinese people have stood up”. It was the first of several Mao quotes that would pepper his speech.

However, it should be mentioned that since he failed to render the phrase in tones, it could be anything from “the Chinese people are infected by skin disease” to “the Chinese people moisten a female horse”, both phrases of unknowable diplomatic potential.

Turnbull’s effusive praise for China compared its dynamic development with the slow pace of growth and infrastructure decay in the West. Noting that the Shanghai subway system had created more than 400 kilometres of lines, carrying eight million passengers a day, from the start of its construction in 1995, he noted that Sydney, in that time, had managed to build only 13 kilometres.

But it was the US that Turnbull reserved his greatest criticisms for, even though he softened the blow with some remarks about the cultural and historical kinship between Australia and the US. However, China like the US, was an “exceptionalist” country but one that, unlike other exceptionalist nations, did not seek to impose its way of life or political systems on other peoples.

He was scathing about notions that China could be dealt with by Cold War “long telegram”-style tactics, noting that China’s power should be “hedged” rather than “contained”, and effectively ran up a white flag, remarking that there wasn’t much Australia would be able to do about China militarily in any case.

Turnbull’s enthusiasm for China’s rise saw him damning not only the British Empire, for its imposition of drug trafficking via the 19th century opium wars, but also slamming Australia’s 2009 defence white paper as a document substituting “prejudice for cool rationality” — effectively because it constructed China as expansionist on an American model.

Turnbull did not refer to China solely. In a veiled but forthright criticism of Howard, Rudd and Gillard governments, he argued that Australia was now basing its policy on a terms of trade windfall founded on high resources prices, and compared the country unfavourably to social democratic Germany, whose long-term investment in education and collective industry policy had created an export industry around high-end manufacture and knowledge, and Norway, where socialist ownership of resources and high taxes had made possible the accumulation of a $500 billion sovereign wealth fund.

During questions, he reiterated statements in the main body of the speech, urging China to take a global leading role in combating climate change. However, having praised only communist and socialist nations in the main body of the speech — he conceded that he may have retained some genes of George Lansbury, the leftist leader of the British Labour Party, who was his great-great uncle, and was an early supporter of the 1917 Bolshevik Revolution.

The evening concluded with his observation that Australia was, lamentably, not yet a republic, and prevarication on the question of comrade Holt with the remark, “I’ll take that as a comment”, leaving open the question of how many Liberal Party leaders have been Chinese communist sympathisers. “Tong chuang yi meng” — same bed, different dreams. Or, “moaning in pain, windows belch manganese”. It’s all a question of tone, Mao-Khan.

Not all rioters are equal. Hong Kong v DC — the difference is democracy

Wow! Guy!
Get off the mushrooms boy.
That is one psychedelic trip you took us on.

Don’t be such a smart-arse Guy with your use of “sic” as a put-down of Turnbull. It really is referred to as “Peking University”!
Also, everything Turnbull said was accurate and reasonable. China has never been an expansionist power. China has never sought to interfere in the politics of countries with which it trades and in which it invests, except for those with which it has shared borders for eons.

Yes, John… except that the Chinese interpretation of the meaning of a “shared border” too often is that both sides of the border are Chinese.

Sharing a border with China is akin to wearing an oriental curse promising “an interesting life”. Be thankful that Indonesia and the Philippines are located between Australia and China.

As to whether China has NEVER “sought to interfere in the politics of countries with which it trades and in which it invests, except for those with which it has shared borders for eons”, I wonder whether international recipients of Chinese aid would be so forthright with their praise. Angola, anybody?

How much did China’s loans of $US6.5B help the Angolans? How much was syphoned off along the way?

“China has never been an expansionist power. ”

John, technically this isn’t true. There is a reason China is as large as it is now. The Chinese people didn’t just spontaneously decide to form a single nation. Han Chinese empires forced the rest to join.

Attempts to force Korea, Vietnam, parts of Central Asia and other regions to join the empire were also made at various times, with less success than those areas currently located within the PRC.

That said, I think Malcolm Turnbull was taking a nuanced view of the current situation and his comments were generally fair.

@John Bennetts
You just made my point. China is prepared to use military force in its immediate region only, whereas the USA, Great Britain and European empires were prepared to project their power afar.
@Shaun Ratcliff
I think it is fair to say that China wants to keep the peace with Australia, Europe, and the USA provided it has resources and food security. With globalisation and free trade, it does.