Better than expected retail sales figures and confirmation of the boom in engineering works were released this morning by the Australian Bureau of Statistics.

Some cheerful statistics. Better than expected retail sales figures and confirmation of the boom in engineering works were released this morning by the Australian Bureau of Statistics. Both sets of figures give credence to the continued claims by Treasurer Wayne Swan that Australia is in a better position than most countries to cope with international financial troubles. 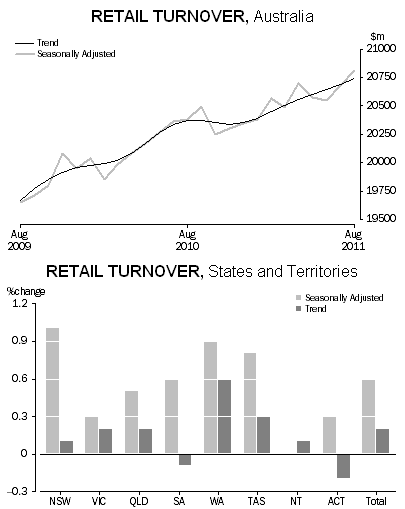 Don’t expect the major retailers to agree though. While the seasonally adjusted retail sales estimate rose 0.6% in August, following a rise of 0.6% in July 2011 and a fall of 0.1% in June, the decline in sales by department stores and of clothing continued. 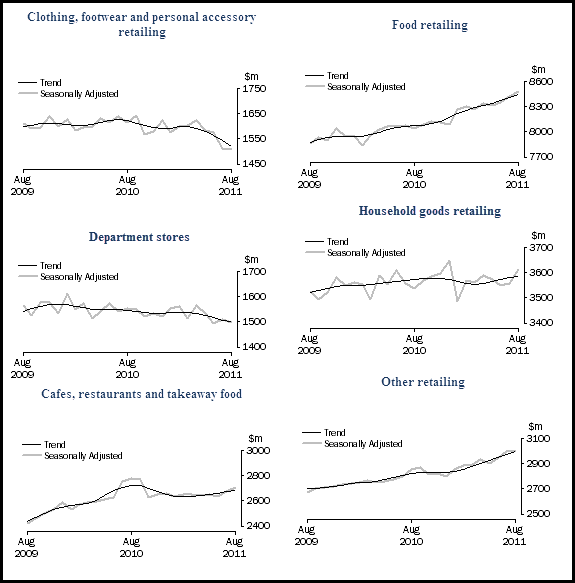 The seasonally adjusted figures for construction work done to the end of the June quarter was 20% higher than a year earlier. 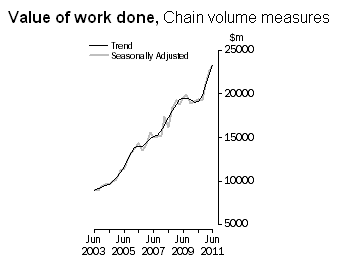 From the Tory front line. Crikey‘s Guy Rundle reports from London: You have to admire a certain kind of British wit, that steers a scandal involving a feline, from gaining the suffix “-gate”, becoming instead “catflap”. The cat in question is Maya, the pet of a Bolivian illegal immigrant, who appealed against being deported on human rights grounds — chiefly that he was in a stable relationship with a UK citizen, and therefore claimed the “right to family life” provisions of the Human Rights Act. In delivering the judgement, the judge in question cited the purchase of Maya the cat as evidence of a stable relationship.

This was kicked into touch by home secretary Theresa May, at the Tory Conference, in a speech denouncing the human rights act noting that “one man could not be deported because — and I am not making this up — because he had a pet cat”. With Maya thus launched to stardom, Kenneth Clarke, the liberal but increasingly erratic Thatcher-era minister, threw his two cents in, saying that he politely thought that this was all bollocks; Theresa May bet him £5 it wasn’t; and the press honed in on the details, with the cat nailed and bleeding at all points so to speak.

This culminated in a Newsnight interview with immigration minister David Green who valiantly tried to defend Teresa May’s line, but had to put up with extended questions as to whether he had spoken to the cat, did the cat have its own lawyer. Ha ha ha. In other news, the conference agreed that the country had a “feral underclass” which had to be diminished. Meanwhile, Maya the cat premieres next week on Channel Four, with a CD cross-promotion on the X Factor, and a celebrity Big Brother stint imminent.

The fat man says no. It is with some sadness that I record the decision of New Jersey Governor Chris Christie not to seek the Republican party’s presidential nomination. We tubby ones must keep waiting for the next William Howard Taft.

Don’t put off until tomorrow … what can be left till the day after. That seems to be the policy of European leaders as they search for a solution to the continent’s sovereign debt crisis. Now that the Greek government has declared it has enough money left to keep paying its bills until mid-November – a month longer than had been anticipated – a decision on whether or not to provide further financial aid has been postponed by the European Union, European Central Band and International Monetary Fund troika.

Thus this very slow moving financial crisis will just keep staggering on so we had better keep tolerating the daily ups and downs in the prices of things financial. And get used to stories like this as well: 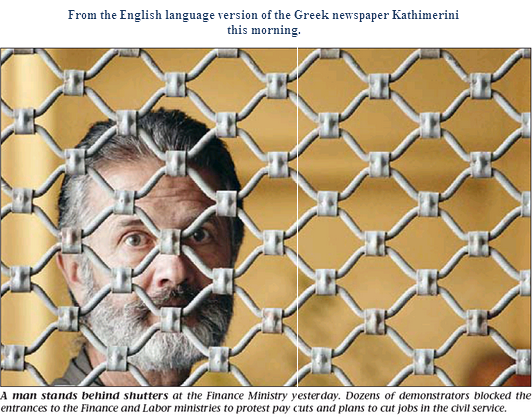 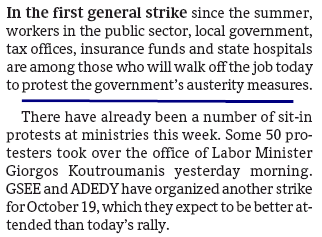 We members of the “Slow Train Wreck Appreciation Society” were wondering if anyone can put us on to some cheap flight tickets to Greece, for the “Tom Crapper Bowl Final” ?