SMH sports section turning Japanese. Crikey discovered the most unusual article in today’s Sydney Morning Herald sports section. In an article titled “Stewart asked for apology from Gallop as sorry affair drags on”, The SMH has shied away from the English language convention of reading left to right, top to bottom — which newspapers have conformed to for a hundred years — and have experimented with the Japanese “tategaki” style of reading right to left. We are unsure if this will catch on …

Front page of the day. Another day, another European economic crisis. Yesterday’s Spanish daily La Vanguardia splashes its front page with fears its neighbour, Portugal, is about to be swept down into another crisis due to Greece: 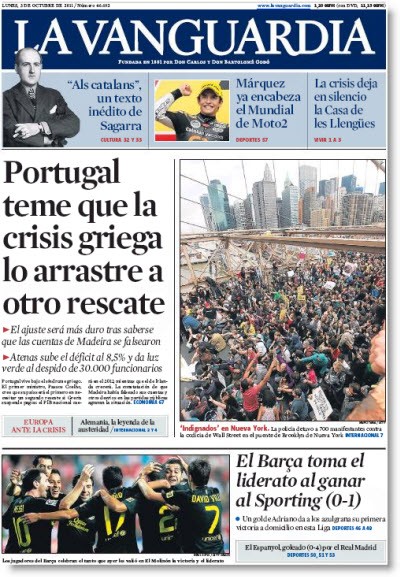 The Department of Corrections. Even the world’s best newspapers make mistakes. Today’s Washington Post was forced to correct the record after using an incorrect photo for the obituary of prominent Republican politician Peter Terpeluk. As if this mistake wasn’t unfortunate enough, the Post , somewhat embarrassingly, used a photo of America’s longest-serving Supreme Court Justice, Antonin Scalia instead of a photo of Terpeluk.

The icing on the cake was the photograph’s caption: “FAMILY PHOTO”. Unsurprisingly, the Washington Post blamed the pesky “production error”: 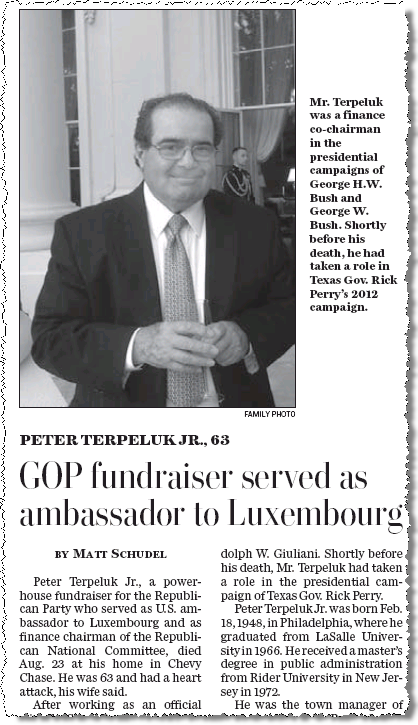 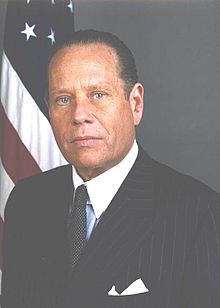 “Amanda Knox has just been found not guilty of murdering her room-mate Meredith Kercher. An Italian court upheld her appeal against a 26-year sentence, and similarly overturned a 25-year sentence imposed on her ex-boyfriend, Raffaele Sollecito. But what is more significant is that we know this article was prepared in advance of an event that no one at the Daily Mail could possibly have witnessed …” — Mail Watch

“Rupert Murdoch’s iPad-only newspaper the Daily has 80,000 paying subscribers — a sixth of the number he said the publication needs to break even — the publisher revealed on Monday.” — The Guardian

“Some tough words from Minority Leader Nancy Pelosi (D-CA) about President Obama and his team’s communications strategy was raising eyebrows in Washington Monday morning, but that was before Pelosi disavowed the quote and Newsweek’s Daily Beast admitted a mistake and retracted it.” — Gawker

“Yahoo News, which has more unique visitors than any other news web site, is forming a partnership with ABC News to share stories and feature web video series.” — New York Times

WSJ editor on WSJ Live: ‘this is a beast we want to feed’

“In the short amount of time since WSJ Live launched — barely three weeks ago — the interactive video news app from The Wall Street Journal has already skyrocketed to the top of the charts at Apple’s App Store and been hailed as a ‘milestone product.’ This is making the editors at the Journal very happy.” — 10,000 Words

“Australia is expected to hold its rank as the world’s eighth largest advertising market by 2013, although its position is under threat from Canada and fast-growing Russia.” — mUmBRELLA