A big increase in sales of new houses in Queensland in August was not enough to bring much joy to the market overall.

Little joy on the housing front. A big increase in sales of new houses in Queensland in August — aided by the first month of the Queensland Government’s Building Boost Grant scheme — was not enough to bring much joy to the market overall.

The Housing Industry Associated reported this morning that its survey of Australia’s major residential builders showed that the number of new homes sold in August 2011 edged up by 1.1 per cent in August following declines of 8 per cent in July and 8.7 per cent in June. 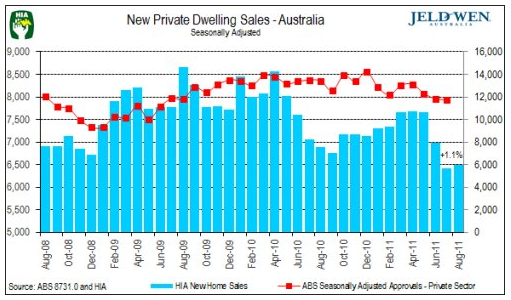 A disturbing unemployment figure. Our politicians keep talking as if Australia’s overall unemployment figure is low enough to boast about it but there is surely something disturbing about the estimate released by the Australian Bureau of Statistics this morning that there are 530,000 children younger than 15 in this country living in jobless families.

New Zealand government looking safe. With the New Zealand meeting this week for the last time before the 26 November election we can start taking the opinion polls seriously. And the message of the latest ones looks clear: the National Party Prime Minister John Key looks set for re-election.

This morning’s Fairfax Media-Research International poll has the Nationals on 54.3% to Labor’s 28.1%. At the general election in November 2008 the Nationals vote was 44.9% and Labor’s 34%. 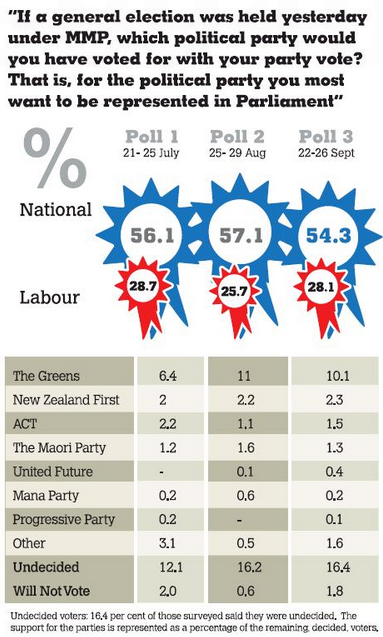 A Roy Morgan poll early this month had the voting intentions Nationals 57% to Labor 26%. 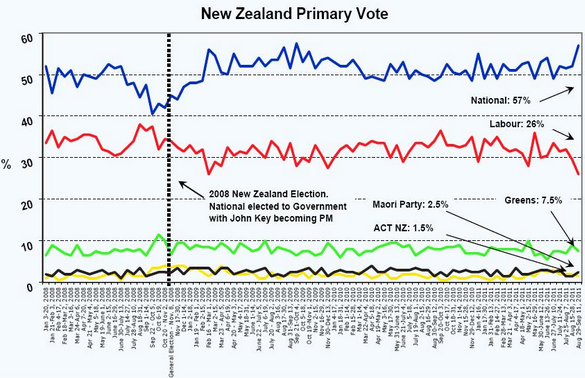 To me that looks like an unassailable lead that not even losing the Rugby World Cup could overturn and the market seems to agree with the Crikey NZ Election Indicator reading: 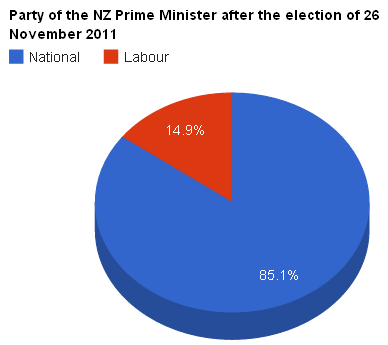 And the Queensland government looking terrible. Crikey‘s Queensland election indicator is mirroring the poor results for the Queensland Labor Government in this morning’s Newspoll published in The Australian.