When more than a million people tuned in to watch Nine's coverage of the NRL preliminary final at Sydney Football Stadium last Friday night, it's doubtful they were expecting to be drawn into a Canberra bunfight.

When more than a million people tuned in to watch Nine’s coverage of the NRL preliminary final at Sydney Football Stadium last Friday night, it’s doubtful they were expecting to be drawn into a Canberra bunfight.

But at half-time of the match between Manly and Brisbane, that’s exactly what they got, as unlikely political lobbyists Ray Warren and Phil Gould weighed in to the debate on poker machine reform.

The pair were clearly concerned about the impact mandatory pre-commitment plans would have on the bottom line of the code’s poker machine-fuelled leagues clubs, the financial backbone of rugby league. And they were determined to send Andrew Wilkie and the federal government a message.

“Not only has the Manly Football Club been doing great work on the field this season,” began Warren, in a clearly planned minute-long editorial. “They’ve also been very busy working with the community off the field with significant funding from the Manly Leagues Club and Harbord Diggers, for whom a lot of these kids played.”

Warren went on to list some programs run by the Manly Sea Eagles and paid for by pokies, before describing the mandatory pre-commitment technology as “untested”.

“Yeah, the proposed mandatory pre-commitment that they’ve put forward is a rubbish policy,” agreed Gould, as the players ran back on to the field for the second half. “It won’t work. It won’t solve the problem they say they’re going to target, and it will do irreparable damage to the hospitality industry. It won’t work and it will hurt.”

“And that’s an endorsement,” finished Warren.

The “it won’t work and it will hurt” line mirrors the message coming from key lobby group Clubs Australia, the most vehement opponent of Wilkie’s reforms. Clubs Australia believes mandatory pre-commitment will ruin the pubs and clubs who thrive on poker machine dollars.

Channel Nine also included a link to the Clubs Australia website, as Warren and Gould urged concerned fans to visit. Clubs NSW have also uploaded the editorial to YouTube.

A spokesperson for Clubs Australia says Friday night’s prime endorsement was not paid for and came off Channel Nine’s own bat. The network had contacted Clubs Australia earlier in the week to say they planned to give them a plug, but that was all the information given.

“I think it reflects how much impact the mandatory pre-commitment technology would have on the NRL and junior sport,” a Clubs Australia spokesperson told The Power Index.

It’s the latest salvo in an ongoing stoush, as rugby league becomes a key battleground in the poker machine debate in New South Wales. NRL leagues clubs are some of the most profitable poker machine venues in the country. 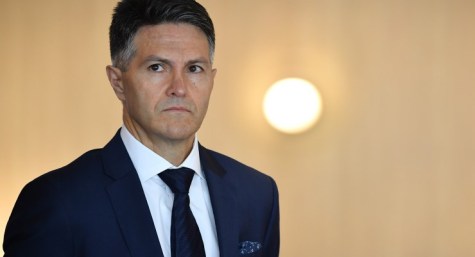 Crikey Clarifier: How does a pokies pre-commitment system work?