The Crikey Labor Leadership indicator has the Prime Minister's chances of being in the job at the time of the next election as less than a third.

The market says she’s going. I have written elsewhere in Crikey today that the latest bout of media leadership frenzy is probably just a beat-up but the market thinks that Julia Gillard is on the way out. The Crikey Labor Leadership indicator has the Prime Minister’s chances of being in the job at the time of the next election as less than a third. 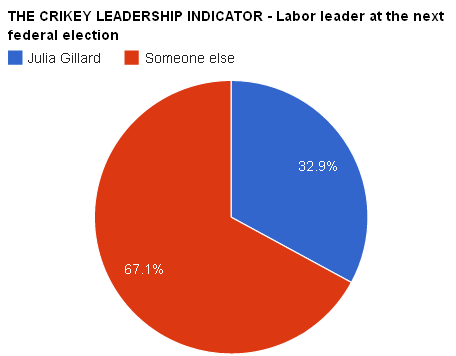 Change the news not the limited. The tawdry revelations about the phone tapping activities of the Murdoch press in Britain just keep on coming. Today’s story from Reuters tells of the News of the World hacking extensively into the voice mail of a minister in Britain’s former Labour government.

Voice mails left for Denis MacShane in 2004 and 2005, as he served as Minister for Europe, were illegally listened to, apparently to gain information about a personal relationship between the Minister and Joan Smith, a newspaper columnist and crime novelist.  Nothing earth shattering resulted from the activity of the private eye hired to do the dirty work. It is just another example in a long list of unethical behaviour by the Murdoch press, publishing in the UK under the banner of News International, that has the local subsidiary, News Limited, looking to re-make its image.

So far it seems that the most significant planned change is to get rid of the “Limited” bit and replace it with “Australia”. To my mind that will just spread the sleaze to all of us. Far better surely for the company — and certainly the country — if the word “News” is the one given the flick.

And we think we’ve got troubles! Since the beginning of this year some 26,000 Tunisians and 28,000 people of other nationalities from Libya have arrived in the Italian island of Lampedusa. 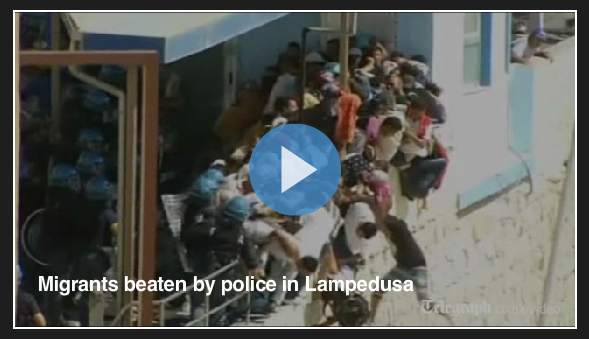 Nothing is sacred — not even Einstein. Researchers at the CERN lab near Geneva claimed overnight they have recorded neutrinos, a type of tiny particle, travelling faster than the speed of light of 186,282 miles (299,792 kilometers) per second. Physics was never my strong suit but somehow it seems more significant a story than Kevin challenging Julia.

I’ll drink to that. Gregorian chants played on a ghetto blast on the light of a full moon accompanied the brewing of a beer to commemorate the first official home coming visit to Germany of Pope Benedict XVI. 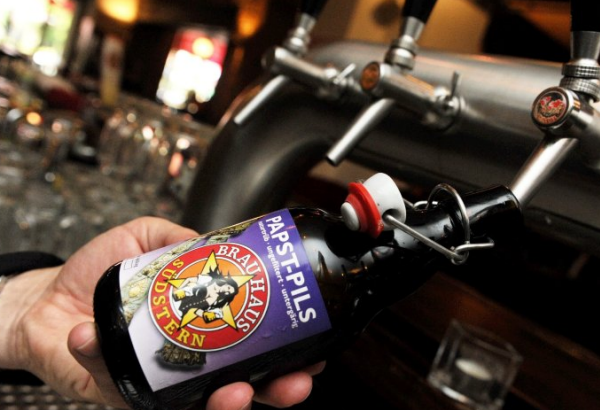 The brewery, writes Der Spiegel, has invited beer enthusiasts to raise a glass “in a peaceful demonstration of good taste” to the pope in their beer garden, from where they will be able to observe the massive media and security furor surrounding the Catholic leader.