Patrolling the West Bank with the Eyes of Resistance

A group of 12 young Palestinian calling themselves Eyes of Resistance have acted as a rapid-response team to attend the scene of settler violence, writes Nigel O'Connor, a freelance writer in Ramallah.

A group of 12 young Palestinian men sit in front of a café in the West Bank village of Hawara, enjoying their coffee and cigarettes. It’s a common enough scene here but in their high-visibility safety vests, this group stands out.

Hawara lies on the road from Ramallah to Nablus. It is a volatile area, riddled with the settlements and outposts of Israel’s colonisation project, in which violence between Israeli settlers and local Palestinians is common.  Over the past several weeks, in the lead-up to the Palestinians seeking United Nations recognition of statehood, the frequency and number of attacks by settlers has escalated to the point where these individuals have organised to offer a citizens protection force.

Calling themselves Eyes of Resistance, since Monday they have patrolled the region in four cars, acting as a rapid-response team to attend the scene of settler violence when a call is received.

Each car consists of a driver and two journalists, with video and picture cameras, who document the attacks while interviewing victims. Reports and images are uploaded to the internet at the end of each day. There is also a doctor within the team to respond to any medical needs of any victims. 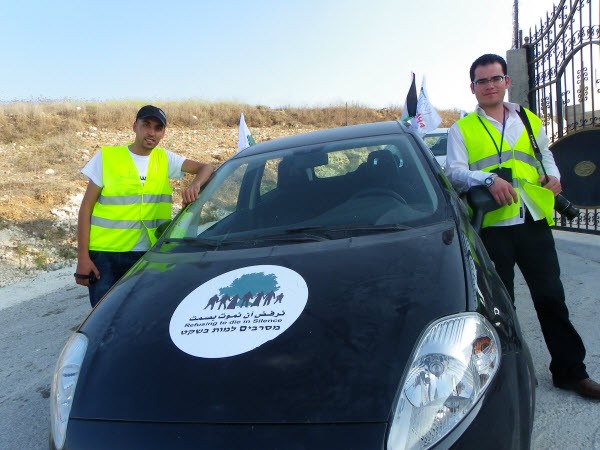 Hussein Khawaja, a 23-year-old photographer and one of the volunteers, said his team was doing important work in shedding light on conditions faced by Palestinians.

“We need to tell the world what is happening here,” he declared. “Our people are afraid of the settlers because they know the military will not stop them.”

As an occupying power in the West Bank and Gaza Strip, Israel is obliged to ensure the safety of Israelis and Palestinians but Hussein says the soldiers do their best to help the settlers.

“Whenever the settlers attack Palestinians the military comes and shoots tear-gas at us,” he said. “We have had problems with the Israeli soldiers. On Tuesday we attended a village after a call and the soldiers refused to let us document it.  They put their hands over our cameras and told us to go.”

Organised by the Popular Struggle Co-ordination Committee, which uses its office in Ramallah as a control centre to manage the cars’ movements, the enterprise has attracted the support of Israeli and international activists who sometimes accompany the teams as a show of solidarity. Hussein said they receive regular phone calls with reports of farmers, people in villages and motorists being attacked — often through rock throwing.

Faraj Qadous is 24 and one year out of his university journalism studies. He said was happy to volunteer with the Eyes of Resistance as his village Iraq-Burein, near Nablus, is regularly attacked by settlers.

“They terrorise us,” he said. “I don’t understand their mentality. It is good to be helping and doing something.”

Driving through the hilly countryside we reached the town of Assera and the home of Nahla Mahmoud Araf Utua. She stood at her front gate with an infant in her arms and a toddler at her feet. Several signs of the Star of David had been painted on the side of her house.

“The settlers have been attacking our home for three years,” she said. “Every week they come. I go to bed wondering if they will attack tonight. My son wakes in the night screaming with terror. My three-year-old daughter, Zayna, cannot sleep at night because she is afraid.”

She shows us the large wall being constructed around her home, as an attempt to gain some security, and the bars on her windows that were damaged, she says, when settlers tried to break into her house.

She said there had been five arson attacks on her home when Molotov cocktails were thrown at her back door.

“We put the bars up because the Israeli military sometimes shot tear-gas into our home,” she said bluntly. “When the army comes they help the settlers and throw gas bombs at me and my kids.”

Despite the suffering she said she would never be forced to leave her home. “I will never leave,” she said. “This is my home and this is my land.”

As we stood talking, residents from the nearby Etsar settlement gathered on a hilltop, attracted by the Eyes of Resistance cars parked along the roadside, binoculars winking in the sunlight as they observed the goings on. They were soon joined by two military vehicles flying the Israeli flag and carrying soldiers who moved to a position close to the house, automatic rifles and tear-gas launchers clearly visible. 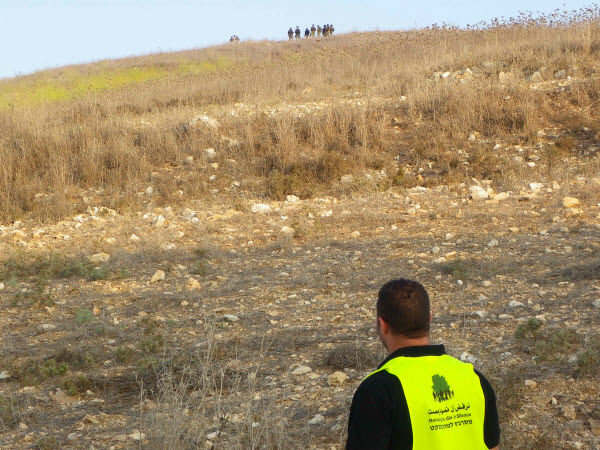 It was decided that we should leave in case our presence provoked an incident. Nahla said she would call if there was any problem.

“I am happy to have these people here,” she said, referring to the Eyes of Resistance. “They are helping to protect us and they’re very good people.”

Looking back as we drove away she stood in front of her home, looking up at soldiers defiantly, her children by her side. 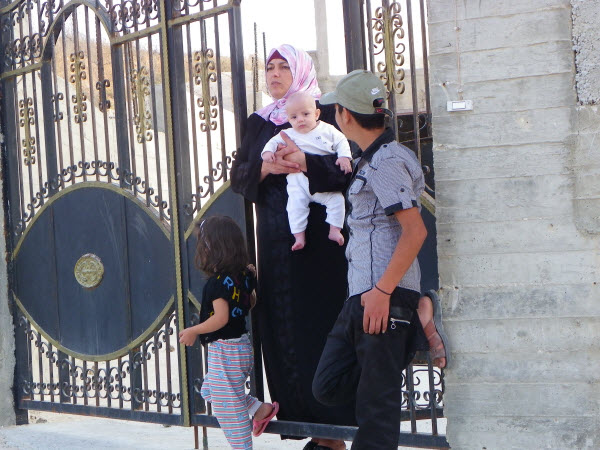 Facts on the ground: the open-air misery of Israeli occupation

As soon as I read “”colonisation project”. I knew I was reading garbage. No room to mention the Fogel children brutally killed in their sleep by the arab colonial terrorists of the historic Jewish heartland.

I fail to see much difference between the attitude of certain jack booted forces of Axis occupied territory between 1939 and 1945, and some of the more recent displays of racist arrogance by the current occupiers of Palestinian land.

Whilst I am no supporter of Hamas or Fatah I fail to see why we should be slavishly turning a blind eye to “settlers” denying Palestinian’s civil rights, stealing their territory, and treating them with derision and second-class citizenship in the interests of assumed ethnic purity.

It would seem to me that those claiming past racial persecution have learned their lessons well from their previous tormentors, and are applying elements of what they learned in the process to the pursuit of their own racist objectives.

That it came to this. But what ingenuity the Palestinian Eyes of Resistance show and what nobility and dignity it must lend to their people.

I am Jewish. I am ashamed. I am deeply disgusted by the Settlers….. Daubing stars of david on the Palestinian homes has a certain familiar, but distorted ring about it. My heart goes out to the Palestinians and those Jewish Israelis who act against this domination and tyranny Lyn Biner

Good men doing good work. The Palestinians deserve a safe place to call home as much as anyone else.