In today's Media Briefs: airport troubles for Rudds ... More updates on the issue they won't update ... Online Poll of the Day ... Julian Assange publishers to release autobiography without his consent and more ...

Airport troubles for Rudds. One week ago, ex-PM Kevin Rudd is stopped by airport security for having a prohibited substance — Vegemite — in his carry-on. Yesterday, from his daughter, this:

Online poll of the day. Embedded in a story titled “Make way for jetset asylum seekers” on the Herald Sun website today it was good to see the question wasn’t loaded … 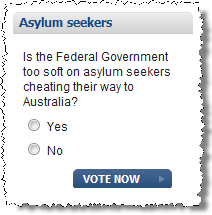 Front page of the day. The UK’s Independent carries a front page exclusive on new News of the World phone-hacking allegations: 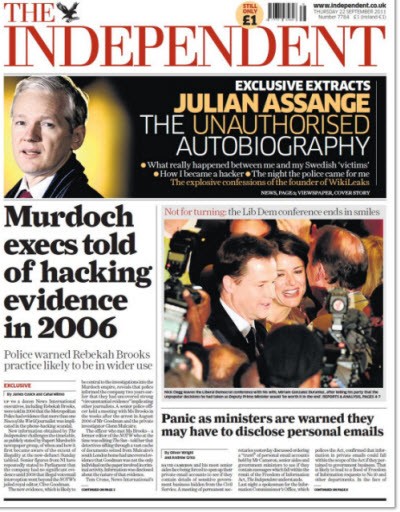 The Department of Corrections. From yesterday’s New Zealand paper The Southland Times. And we thought News Zealanders could drink … 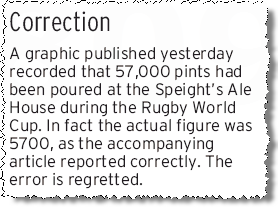 2UE ordered to hold fire on sacking of Smith

“A Sydney court has prevented radio station 2UE from sacking broadcaster Michael Smith over an unaired interview that makes allegations about Julia Gillard’s former relationship with a union official.” — The Australian

“The man who built Al Jazeera into a global TV news powerhouse was replaced after WikiLeaks released a cable showing he collaborated with the U.S. government. Apparently this did not go over well with the Middle Eastern royal family that actually owns the network.” — Gawker

“News organizations whose mobile apps only provide users with their articles or videos are missing a big opportunity. An application, by definition, should be applied to perform a task, to solve a problem. Most news doesn’t do that.” — Poynter

An infographic look at generational media use

“A new study by Magid Generational Strategies breaks down who’s using what media at what time of day. We worked with our friends at MBA Online to visualize it for you.” — Advertising Age

“Trying to capitalize its status as a hub of the national political conversation, the social networking giant Twitter is beginning for the first time this week to sell political advertising.” — Politico

Is the HUN focusing on jetsetting asylum seekers because their ‘Hear they come’ front page of two weeks ago didn’t actually precede a flood of queue jumping armadas?