Cracks in the strange LNP partnership

There was always something strange about the combination of the Queensland Liberal and National parties into a single Liberal National Party.

Cracks in a strange creation. There was always something strange about the combination of the Queensland Liberal and National parties into a single Liberal National Party. The interests and beliefs of city and country conservatives have their differences but they were papered over in the quest to create the united front that would defeat the dreaded Labor Party.

It might not have worked at the last state election but confidence was high that the next one would see victory under the city-slicker leadership of the former Liberal Mayor of Brisbane Campbell Newman. The opinion pollsters have been putting the LNP as a shoo-in.

And then along comes the federal MP Bob Katter, who sensed that the artificial combination of the two Queensland parties left many in the bush feeling betrayed, and his Australia Party.

As The Australian describes on page one this morning, “Mr Katter’s party — dubbed by former Coalition premier Rob Borbidge as ‘One Nation with a hat’ — is tapping into renewed discontent about the mainstream parties, akin to that which delivered 11 seats to One Nation in 1998, as well as growing anger about farmers’ rights in the face of the spread of mining.”

Good reason for a little panic? When the International Monetary Fund declares risks to global financial stability have increased I guess it’s no wonder that share prices fall. The words in the Fund’s Global Stability Assessment released overnight are hardly reassuring.

For the first time since the October 2008 Global Financial Stability Report, risks to global financial stability have increased, signaling a partial reversal in progress made over the past three years. The pace of the economic recovery has slowed, stalling progress in balance sheet repair in many advanced economies. Sovereign stress in the euro area has spilled over to banking systems, pushing up credit and market risks. Low interest rates could lead to excesses as the “search for yield” exacerbates the turn in the credit cycle, especially in emerging markets. Recent market turmoil suggests that investors are losing patience with the lack of momentum on financial repair and reform. 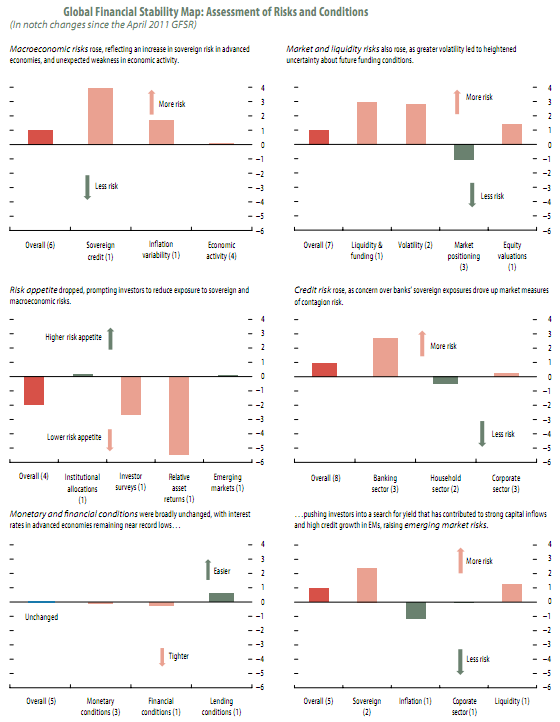 Sniping at Kevin. Strange goings on within this Labor Government when a document designed to damage the Foreign Minister finds its way into the newspapers. The appearance in the Sydney Daily Telegraph of the comments about Kevin Rudd’s travel expenses makes me think there might just be something in all this leadership speculation!

It’s the end of the world as we know it. And I don’t really feel fine. I kind of wanted R.E.M. to go on forever. But now the end has come. Officially announced on the band’s website overnight. 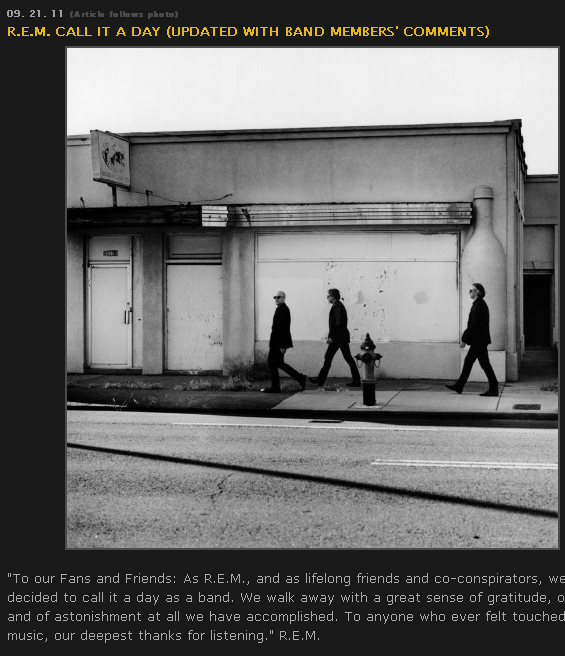 At least the music of 31 years will live on. Listen. 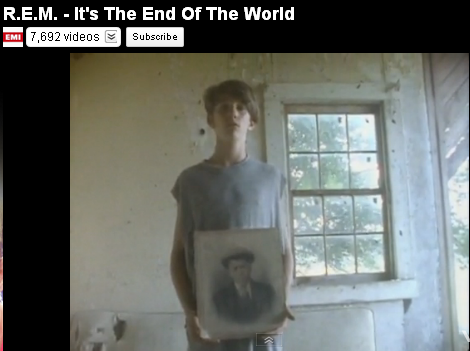 From Can Do to can’t hold it together: Newman’s struggle

Check your maths, and your letterbox

“Katter tonic” – just what we need?

Wasn’t it Ron Boswell (Qld National) who said a few years ago that the parties shouldn’t merge because it would open up a gap for a new rural party on the Right?

“The appearance in the Sydney DAILY TELEGRAPH of the comments about Kevin Rudd’s travel expenses makes me think there might just be something in all this leadership speculation”!

@ Richard Farmer. Since when does anyone believe anything published in this rag? It is obvious who is interested to ramp up leadership speculations. It is also predictable which “churnalists” are buying into these clearly manufactured political distractions?
The state of the Aussie media makes me shudder!

Those “embarrassing comments” about Rudd’s travel expenses, would be the same “breathless exclusive” we got up here in Q?
“Three people” x “9 nights (accomodation and meals)” x “5 countries (Thailand, Finland, Sweden, Norway and back to China)”, with, presumably, the “business class” flights between (what chance discount fares for booking months ahead there) – “for $77,600”?
Sure they could have bunked in together at some back-packers, eaten “Macca’s” and gone sardine class – but which “politicians” do, when presented with the choice between our tax payer generosity with their “entitlements” and “modest frugality”?
“$25,800 each”? Sure it’s rich, but any more “embarrassing figures” available for other “politician’s travel rorts”?
How much did it cost to fly up and down for the “Kirri-hill-billies” to Canberra for starters? How much to get “Airforce 1” out of the hangar, for that sort of sortie?