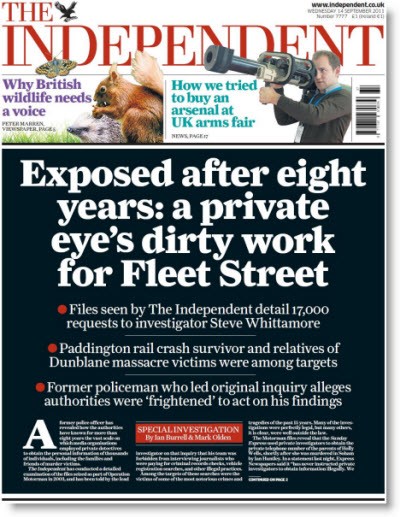 “James Murdoch, the chairman of News International, has agreed to reappear before the culture, media and sport select committee after being recalled to give further evidence on phone hacking.” — journalism.co.uk

“The mother of a victim of the 2005 London terrorist attacks is suing Rupert Murdoch’s media empire after she was told by police that her son’s mobile phone is likely to have been targeted by a private investigator working for the News of the World.” — The Guardian

“News Corp. shareholders have filed a second amended complaint in their lawsuit against the media conglomerate, alleging that phone hacking is just the latest impropriety in a sustained pattern of abuses.” — The Wrap

“The Seven Network broadcast McDonald’s advertisements during children’s programs in a breach of industry restrictions, a media watchdog has found.” — The Age

“NSW Liberal senator Concetta Fierravanti-Wells is suing the Seven Network over a Today Tonight report on parliamentary travel entitlements. It described her $17,000 study tour of the Italian wool industry as a ‘dubious’ mission to ‘reconnect with her heritage’.” — TV Tonight

“Political blogger Greg Jericho, better known in the online world as Grog’s Gamut, has scored a new job as a researcher on ABC program The Hamster Wheel, the upcoming production from the team behind The Chaser.” — The Australian