A constitutional court decision to really worry about

Germany's constitutional court on Wednesday will had down a judgment that could well throw the world of international finance back into complete chaos.

A constitutional court decision to really worry about. Germany’s constitutional court on Wednesday will had down a judgment that could well throw the world of international finance back into complete chaos. The court will rule on the legality of Germany participating in the European union’s rescue mechanism for countries that cannot pay their debts.

The hope in Europe is that the court will continue to allow German participation in EU bail-outs as long as the Bundestag is given a veto over future payments but here is a risk that it will go further and conclude that the rescue policies subvert EU Treaty law and German fiscal sovereignty and must therefore be curbed.  Should that happen confidence in the joint European currency the Euro will collapse.

Confidence that the so-called second rescue of Greece will succeed is already waning with the market again demanding record high interest rates on the country’s government bonds. 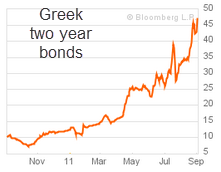 For good measure, Christine Lagarde, the IMF’s managing-director, warned at the weekend that Europe and the USA should abandon fiscal austerity and switch to stimulus measures because the global economy faces a “threatening downward spiral”.

When the IMF urges more government spending we know that things are crook!

Give me a break. A particularly annoying aspect of the commentary by politicians about where Australia should process boat people is the sanctimonious way so many of them pretend that their only concern is to stop deaths by drowning rather than pandering to the irrational fears of voters.

The latest in a long line of them is Western Sydney MP for Chifley Ed Husic who today defended off-shore detention centres, saying they were “an effective deterrent”.

“From my perspective I feel really strongly that people, parents, family, children, should not make that two-day trip across dangerous waters and put themselves in the position of what people found themselves in on Christmas Island last year (when a boat of asylum seekers was wrecked),” he said.

Will it be a record low? The Arctic ice keeps melting at a greater rate has been normal over the last decade with the latest reading putting the ice extent very close to reaching a new low point. 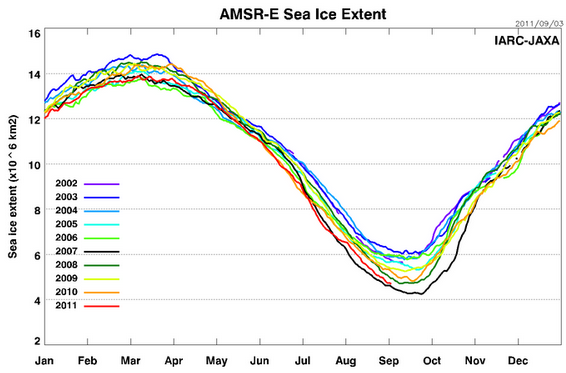 You’ve got to be kidding Richard. Should Labor implement a policy to process all asylum seekers on shore this will result in more boats coming. If more boats come, then there will be more accidents. I think you are unfair to suggest that politicians are not genuinely concerned about people dying in transit. Do you suppose journalists will not be screaming “blood on your hands” as loudly as possible? I think we need to work at processing people offshore before they leave for Australia – it’s the only way around this shocking dilemma.