Front Page of the Day ... News of World journalists who ordered phone hacking will not be revealed ... Viewers bowled over as ABC rubs out the greens ... Press freedom group urges quick release of Sudan journalists and more ... 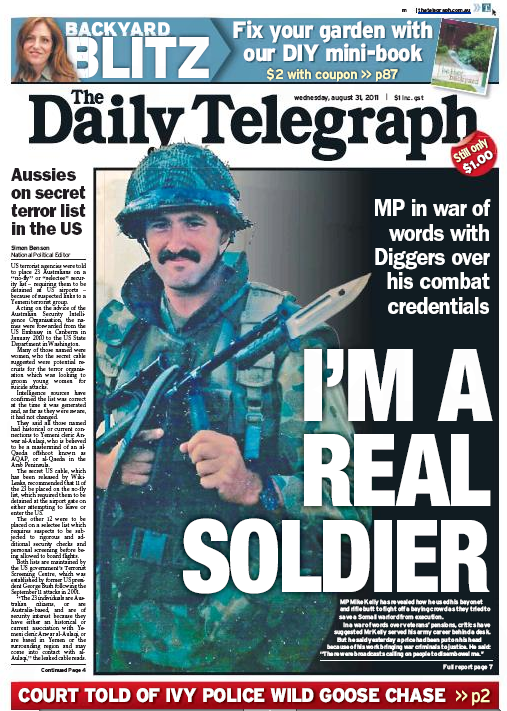 News of the World journalists who ordered phone hacking will not be revealed.

“The names of several News of the World journalists who ordered a private detective to hack into mobile phones belonging to six public figures will not be publicly disclosed after Scotland Yard intervened to prevent their publication.” — The Guardian

Viewers bowled over as ABC rubs out the greens.

“That staple of Saturday afternoon TV viewing, lawn bowls on Aunty, has been cancelled by the ABC after 30 years on air.” — The Australian

“According to reports, Sudan’s president Omar Hassan al-Bashir pledged to release all detained journalists at the weekend, but following just a single release Reporters Without Borders has called for more action.” — journalism.co.uk

North Korea’s Air Koryo wants to be your Facebook friend.

“In a rare glimpse into customer service in North Korea, state-owned airline Air Koryo has a chirpy English-language Facebook page that appears to be aiming to encourage tourism to the secretive, totalitarian country. ” — Advertising Age

The New York Times wants to put the news in your kitchen table.

“Megan Garber at Harvard University’s Nieman Journalism Lab recently went to The New York Times‘s R&D Lab and came back with this video of the kitchen table of the future.” — The Atlantic