Newspoll: disaffection for both parties

GhostWhoVotes reports Newspoll has the Coalition lead up from 56-44 to 57-43, from primary votes of 27 per cent for Labor (down two), 47 per cent for the Coalition (steady) and a solid 14 per cent for the Greens (up two). Taken together with personal ratings, the figures point to a still worsening disaffection with both options. After a slight recovery last time, Julia Gillard is back in the doghouse with 29 per cent approval (down four) and 61 per cent disapproval (down three), but Tony Abbott is also down three on approval to 36 per cent and up three on disapproval to 55 per cent. Abbott has maintained his one point lead as preferred prime minister, with both down a point to 39 per cent and 38 per cent.

Today’s Essential Research had Labor up a point on two-party preferred (to 56-44 from 57-43) and also on the primary vote, to 32 per cent, with the Coalition and the Greens steady on 50 per cent and 10 per cent. In other findings, 24 per cent support the health package finalised by government last month against 9 per cent opposed, with the great majority either indifferent (31 per cent said it would have little or no impact) or ignorant (28 per cent said they had heard nothing, 36 per cent little). Forty-seven per cent supported David Cameron’s suggestion that access to Twitter and Facebook be blocked during periods of civil unrest, with support varying as you would expect according to age and social media usage.

In further poll news, Phillip Coorey of the Sydney Morning Herald related yesterday that a JWS Research automated phone poll had the Liberals leading 60-40 in beleagured Labor MP Craig Thomson’s seat of Dobell. The Weekend Australian also had Newspoll results on a range of issues to do with health policy, from which GhostWhoVotes presents the tables here, here, here and here.

OK so we have Gillard net sat -32 Abbott net sat -19. I did my bit by giving them both negatives.

The combined net sat of -51 for both leaders is now their worst and the =30th worst on record. The 29 worst readings are:

Howard’s worst net sat in his successful term as Leader of the Opposition was -12. 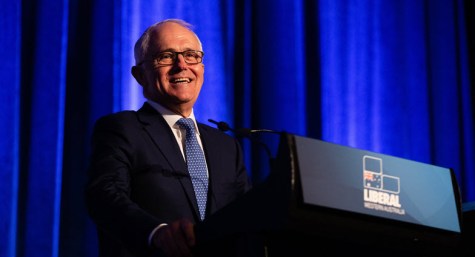 Newspoll shenanigans at the Oz hide an actual Coalition recovery