Fairfax to walk off. Fairfax metro staff will down keyboards next Tuesday as anger over the company’s below inflation pay offer — that fails to allow for compulsory arbitration — reaches boiling point. Here’s the text of a bulletin distributed by the Media, Entertainment and Arts Alliance yesterday revealing Metro CEO Jack Matthews missed his deadline to respond to members’ annoyances over his low-ball offer. Fair Work Australia has also extended the period of protected industrial action for another month, raising the prospect of rolling strike action at the company’s bolshy Media House HQ:

Fairfax management today failed to meet a deadline to respond to members on the threshold issue of arbitration. The company has also failed to authorise a stop work meeting scheduled for today at 4pm.

At stop work meetings last week Alliance members gave the company seven days to respond on the issue of arbitration, and members voted to meet today in national stop work meetings to discuss this. Management this morning requested an extension to the response deadline until COB tomorrow.

In light of this latest move, which the National Campaign Committee views as a delaying tactic, the NCC authorised the Alliance to notify the company that a stop work meeting will be held at 4pm on Tuesday, August 23.

The company’s refusal to authorise today’s meeting puts us in a difficult position. Under the terms of the Fair Work Act, we are required to give three days’ notice before holding an unauthorised but legally-protected stop work meeting.

Given that members fought so hard to access their right to take legally-protected industrial action, your NCC feels that it would be unwise to take unprotected action at this stage. As such, the NCC has authorised the Alliance to advise the company in writing of our Tuesday meeting and give them the option of authorising it. If they do not, the letter will function as our three days’ notice that we are taking protected industrial action.

A stop work meeting next Tuesday will occur regardless of whether it is authorised, as it will be protected by law. If further industrial action is required members will need to authorise this.

Today Fair Work Australia extended our 30 day period in which to take protected industrial action. We now have another 30 days in which to access our rights should it become necessary.

Don (Churchill)’s Party. Veteran Age publishing chief Don Churchill is on his way out the door and he’s having a shindig to celebrate. But if the invite below is any indication, it seems the paper’s cartoonists have refused to rise to the occasion, with a “Don’s Party” motif employed instead. 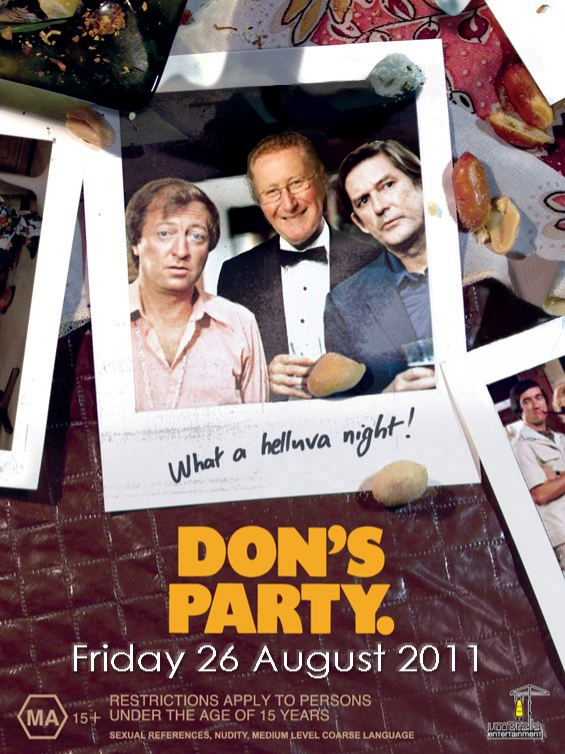 The east end of level 4 of Fairfax’s Media House has been designated “Don’s Bar” “to send him off in good cheer”, with the drinkies doubling as a farewell for HR Director Gary Seppings. “Please do not forward or distribute this email” the invite pleads. — Andrew Crook

Bravehearts do the white thing. With quite a few illustration fans still p-ssed off at outspoken child abuse campaigner Hetty Johnston for her part in the cancellation of Robert Crumb’s tour of Oz, the spotlight is starting to shine a bit brighter on Johnston’s own activities.

Crumb decided to stay put in France after an article appeared in the Sunday Telegraph with a dial-a-quote from Johnston slamming Crumb for his “crude and perverted images emanating from what is clearly a sick mind.” But now social workers are up in arms over her latest Bravehearts White Balloon Day promotion which urges supporters to “Do the ‘White Thing!'”.

Some reckon it implies white people do not abuse their children. Or perhaps Bravehearts is just colour blind to the inference. — Andrew Crook 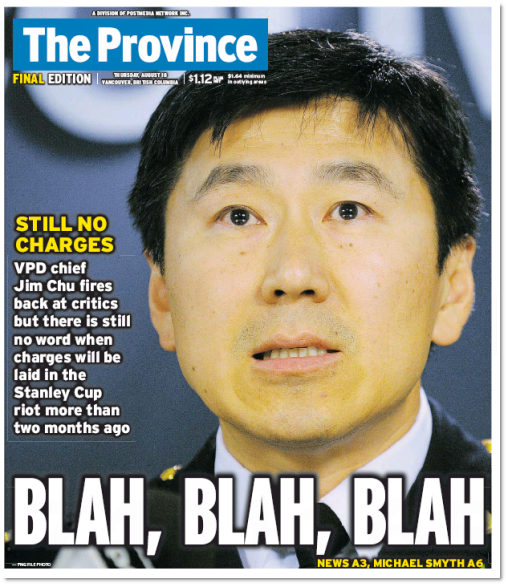 Baillieu govt freezes FReeZa. Good to see this grassroots Facebook campaign to “Save FReeZA”, the Victorian government’s popular under-age rock events program. As Crikey revealed back in May, the Baillieu government has axed a part of the program in the state budget — FReeZaCentral — which provides mentoring for young musos on the make.

“There’s nothing cool about cutting FReeZa,” the page states, claiming that the government hasn’t committed to keeping the broader program going (there’s also humorous image of a Ted Baillieu lookalike warbling into a microphone). Only one problem though — the page, already “liked” by 2,869 people, fails to disclose that opposition leader Daniel Andrews is the person behind it, as revealed by this image on Andrews‘ personal website.

Might be time to update the Facebook page’s “info” tab with full disclosure, reckons one commenter. We agree. — Andrew Crook

Phone hacking: News of the World Hollywood reporter is arrested.

“James Desborough, an award-winning former reporter at the News of the World, has been arrested by officers investigating the phone-hacking scandal.” — The Guardian

Guardian loses fight for web readers even after taking out Murdoch tabloid.

“The U.K.’s Guardian took down Britain’s best-selling Sunday newspaper by exposing that the Rupert Murdoch-owned tabloid hacked a murder victim’s voicemail. It may still lose an intensifying battle for British readers. The Guardian’s U.K. Web traffic fell 2.5 percent in July from the previous month.” — Bloomberg

“The number of complaints considered by print media regulator the Australian Press Council rose to 437 in 2010-11, up seven per cent on the year before, according to preliminary data released last night.” — The Australian

The Age wins newspaper of the year.

“Fairfax Media’s The Age won newspaper of the year in the 90,000+ circulation category at last night’s PANPA Awards.” — mUmBRELLA

“Private Eye remains top of the UK’s news and current affairs magazine in its 50th year in print, despite a slight dip in sales, according to the latest ABC figures,” — journalism.co.uk

Memo to newspapers: The future of media is a two-way street.

“Plenty of newspapers and other mainstream media entities are happy to use social tools like Twitter and Facebook to promote their content, host comments on their news stories in order to build traffic, and otherwise try and take advantage of the web. But while some are making strides in actually connecting with their readers few are taking the steps they need to in order to really engage with their readers.” — GIGAOM