We’re providing a new profile from The Power Index for Crikey subscribers to read every day. Currently, we’re covering Political Fixers, but stick around for the rest of our lists across the year — each fortnight we’ll kick off a new list drawn from our categories of Media, Culture, Business, Law & Order and our major metropolitan cities.

And check out our site for all the latest power news and an archive of our published profiles.

His great grandfather and great-great grandfather were premiers of South Australia on the conservative side of politics. But the 41-year-old former union leader may well outdo them at a federal level.

Butler’s seat of Port Adelaide is one of the safest in the country, so he won’t ever be kicked out by his electorate, and he’s already a junior minister — for Mental Health and Ageing — after just four years in Canberra.

The post was a reward for throwing his weight behind Julia Gillard in the 2010 coup against Kevin Rudd. But he’s proving to be good at the job.

Butler’s biggest disadvantage is he comes from the Left in a party ruled by the Right. But he already wields power as co-leader of the national Left faction. And he clearly commands respect.

Butler doesn’t fit the profile of a typical factional boss. He’s a genuinely nice guy with few enemies; his ego is under control; and he’s not into power for its own sake. He’s also shy and avoids publicity. — Paul Barry (read the rest here)

Murphy’s luck: the stock-playing lawyer speaks out. Kerry Packer once told his punting chum Chris Murphy, “You know nothing about markets. You’ve got big balls and you are lucky”. And as always the Big Fella was right.

God knows what the colourful Sydney lawyer eventually lost in the $630 million collapse of Opes Prime in 2008, but the bulk of his huge share portfolio was funded by $118 million in loans from the broking company– which in turn had borrowed from the ANZ Bank — so it was mainly other people’s money that went down the gurgler. — Paul Barry (read the rest here)

Murdochs keep business in the family. Being Rupert Murdoch’s child is a gift that keeps on giving for daughter Elisabeth and son James.

Shine was one of the UK’s largest independent production companies and made TV shows including Spooks, The Biggest Loser and MasterChef. — Matthew Knott (read the rest here)

Cinema’s influential two get show of their own. For 25 years Margaret Pomeranz and David Stratton have had a large say over the audience numbers present in cinemas across the country.

The two haven’t always agreed. Indeed, viewers often find their disagreements as enjoyable as the reviews themselves, but their five-star film ratings have long provided guidance for movie-goers attempting to make sense of the latest cinema releases.

Now, the two are getting a show of their own, with their work to be celebrated via an exhibition at the Australian Centre for the Moving Image (ACMI) opening in Melbourne today. — Angela Priestley (read the rest here) 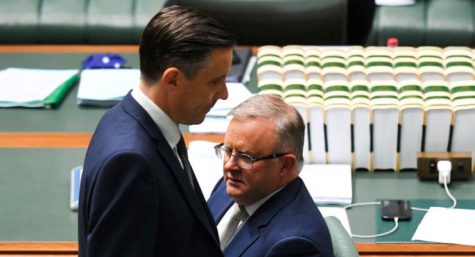