London riots: the (social) media is to blame, apparently

According to some British media, Twitter was responsible for the London riots. We've been here before.

The London riots had barely got under way — and certainly hadn’t looked like finishing — before the urge to explain them, or more often cram them into a preferred narrative, was overtaking everyone, from outraged conservatives, who declared it all simple criminality, to disappointed progressives. Many of the latter compared the rioters and looters to the Arab Spring, where protesters were putting their lives on the line for a damn sight more than a pair of runners — a comparison made all the more pointed given Bassar Al-Ashad has been continuing his near-industrial scale slaughter of Syrians while the world’s attention has been focused on share markets and another instalment in London’s very long history of rioting.

The riots, predictably, imported the question of the role of social media in civil unrest from the more exotic locales of the Arab Spring into a more familiar environment. The occasional face-palm moment apart, most discussion of the events of the past eight months in the Middle East has long since moved on from facile notions of “Twitter Revolutions” or “Facebook Revolutions”, unless you’re Evgeny Morozov and there are “cyberutopians” to be smitten hip and thigh. But courtesy of some British newspapers, we were back in exactly that territory within moments of the riots breaking out.

The Daily Mail claimed there were “fears that violence was fanned by Twitter as picture of burning police car was re-tweeted more than 100 times”. Who outside the Daily Mail held those fears, and why violence would be fanned by pictures of a burning police car — rather than, say, concern or fear — was never explained. Meanwhile, that Murdoch journal of record The Sun devoted an entire article to “rioting thugs use Twitter to boost their numbers”.

Remember that there’s nothing accidental about the commercial mainstream media attacking social media. It happens here regularly, and not just News Ltd — if anything, Fairfax conducts a more persistent campaign against social media than the Murdoch press, because it’s a competing medium and the key tool by which the authority and control of news and current affairs by the mainstream media has been undermined.

But as became apparent very quickly, Twitter had nothing to do with the riots. Instead, the Blackberry Messenger network was being used by rioters (it’s also used in the Middle East). While most of us thought Blackberries were last cool in about 2003, they’re cheaper than many smartphones and BBM provides a free, private internet/3G communications network accessible by swapping PINs (or, now, barcodes) and joining distribution lists. The Guardian reported an Ofcom study finding that Blackberrys are used by 37% of British teens. There’s also the continuing issue that Twitter seems to be used more by older people.

This probably explains why there was minimal warning on Twitter of the riots breaking out, even if social media was used to disseminate photos of what was going on, and even by looters cheerfully posing with their haul for Facebook photos. And it’s now being used to co-ordinate a riot clean-up campaign.

Focusing on the technology and individual applications used by rioters, or revolutionaries, is wood-for-the-trees stuff. Social technologies and platforms facilitate, rather than cause. They facilitate the logistics of organising unrest — whether it’s looting in London or peaceful protests in Cairo, because they enable communication. The platform might be public ones such as Twitter or Facebook, which are easily monitored by authorities, or they might be more private, or coded — BBM, or the dating sites that protesters in Tunisia used to organise the protests that drove out Ben Ali.

Social technologies also facilitate communities — that is, they enable people to connect up who might not otherwise have connected. This has been the important contribution of social media to the Arab Spring — as the best sociologist of social media, Zeynep Tufekci has noted “social media is best at solving a societal-level prisoner’s dilemma in which there is lack of knowledge about the depth and breadth of the dissent due to censorship and repression and a collective-action barrier due to suppression of political organisation”. It also allows the formation of strong social bonds; how strong they are compared to real-life communities remains debated, but in the Middle East they have been strong enough to inspire people to risk their lives together.

But that’s different from causation, different from the factors that change the risk equation for people to decide it is worth risking their safety in the streets. The technologies aren’t as important as what is driving people to put themselves in harm’s way, whether it be food prices, economic uncertainty or a long-term build-up of resentment toward regimes. This was the mistake made by Western social media spruikers who dubbed events in the Middle East “Twitter revolutions”.

And how important “community” facilitation was in London is not clear: in many cases these were established, real-world “communities” — in some cases gangs — although the polarising “us-and-them” dynamic of seeing the police as a community enemy seems to have played at least an initial role.

In short, the role of social media in events is highly complex and not at all clear, but that plainly hasn’t stopped media finger-pointing.

Even so, similar issues have quickly arisen in the UK as in the Middle East: what responsibility do the operators of social media platforms have? Should Twitter now censor inflammatory messages? They’re actually being used by British police to target people encouraging unrest — or joking about encouraging unrest. Twitter refuses to censor tweets on freedom of speech grounds. How much should RIM co-operate with authorities in providing confidential user information about BBM messages? RIM had its site hacked overnight by a group complaining about it co-operating with UK police. Service providers breaching confidentiality and anonymity to track down a looter, arsonist or worse is surely clear-cut. But repressive regimes usually claim dissidents and protesters are engaging in criminal behaviour as well.

Companies operating social media platforms were congratulated for taking steps to protect user confidentiality and free speech during the Arab Spring. Now the pressure is on them to do the reverse.

Back to the future with Cameron’s digital Riot Act 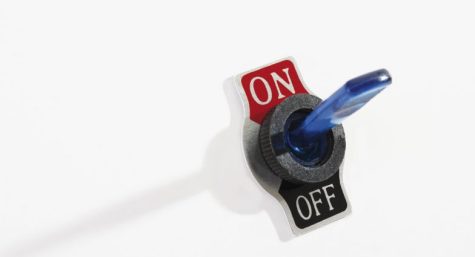 “Remember that there’s nothing accidental about the commercial mainstream media attacking social media”….

nothing accidental about social ( and online) media attacking the commercial mainstream media either Bernard, Crikey does it a dozen times a week

its unsocial behaviour so therefore it must be unsocial media !!!!

Got any Facebook photos of bankers and financiers posing with their loot?
You know, mansions, yachts, hols in the Caribbean, cute luxury car, that sort of thing.

William…
“Anti-social” I’d reckon…. and Blackberries apparently – not your declasse twitter and facebook … just shows the largesse of the welfare state in modern Britain… blowed if I could afford one of them!
Merrie Olde England is going to the dogs in a handbasket by the look of it… just hasn’t been the same since they lost Maggie Thatcher… that’s when the rot set in.
Or when Botham gave the game away. Or when the Beckhams went to America.
And to read some of the posts elsewhere on Crikey, it appears a few of us colonials would like to bring Baroness Maggie back out of cold storage to put these black welfare bludgers back in their place… my goodness there’s some nasty ideas running about loose aren’t there?

Peter Ormonde: BlackBerries are indeed cheap in the UK – you can get one for free on a 15-quid a month contract or about 150 quid for a prepaid one. And a mobile phone is probably the first thing most British teenagers would spend money on, because of all the freedom and “connectedness” with your peers they provide.