Don't be surprised if the Gillard government also bends in the wind when it comes to Palestine.

The Gillard government just can’t take a trick. Even when the issue in question doesn’t really exist yet, it still manages to present an appearance of disarray.

This morning’s media report that foreign minister Kevin Rudd has advocated that Australia should abstain on a vote in the United Nations to recognise Palestine — a move that would be at odds with the Prime Minister’s vocal support for Israel, and presumably with the views of our American ally.

But the resolution is still just an idea: there is no proposed text, and it may never come to a vote. It’s entirely appropriate for the government to say, as did acting minister Martin Ferguson, that it “will make a decision on this matter closer to the time of any vote, in close consultation with our friends in Israel and the Arab world”.

Although such a resolution has been widely talked about for months now, there’s still a chance that it won’t go ahead. What the Palestinians really want is serious peace talks with Israel; although the statehood resolution is partly a “plan B” to use in their absence, it’s also a tactic to get Israel’s Benjamin Netanyahu to the negotiating table.

Last week it looked as if it might be succeeding in that; Netanyahu proposed talks that would use the pre-1967 borders as a starting point — a position he has previously refused to endorse (wanting to keep the Jordan valley, to cut a Palestinian state off from the outside world), and which Barack Obama was condemned by the Israeli lobby for supporting back in May.

But the offer still comes with conditions — such as recognising Israel “as a Jewish state” — that Netanyahu knows the Palestinians cannot accept. Further movement in the near future seems unlikely, although it would be in the Palestinians’ interest to call the Israeli bluff if at all possible.

If a serious statehood resolution does go forward, everyone knows what will happen: it will be carried overwhelmingly in the general assembly, whose authority is mostly symbolic, and will be vetoed by the United States in the security council, where binding decisions are made.

This may or may not be the game changer that Mahmoud Abbas hopes for; experts on the region offer conflicting views. But faced with an Israeli government whose genuine interest in peace seems close to zero, it’s hard to blame the Palestinians for thinking they have to try something different.

Hence the confusion in Australian foreign policy circles. For most of the world, opposing such a resolution would not be an option; depending on the exact wording some will abstain, thinking the time not quite right, while most will support.

But in Australia, support is not an option: successive governments have tied our policy much too closely to Israel and the US. To depart from their line so dramatically would be a revolutionary step, and this, to put it mildly, is not a revolutionary government.

Which is not to say that Australian public opinion would be concerned.

Today’s Age is running a reader poll on “Should Australia vote ‘yes’ at the United Nations for a Palestinian state?”; the actual numbers are probably not significant (70% for yes as at deadline time), but the fact that the paper didn’t bother to poll the actual choice the government faces, instead asking about the option that we know it won’t take, suggests it knows full well that its behavior isn’t driven by public pressure.

On the other hand, the Fairfax papers are also capable of some strange reticence on the issue. Last Thursday, a report on an Israeli court decision on rogue settlements included the following line: “Much of the world regards the [established] settlements as illegal under international law.”

“Much”? Even the US accepts that the settlements are illegal; outside of Israel itself (and its professional advocates), the issue simply isn’t disputed. But if even the SMH feels the need to cover itself, don’t be surprised if the Gillard government also bends in the wind when it comes to Palestine. 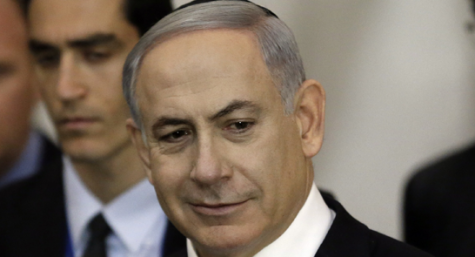 I wholeheartedly agree with Charles Richardson, it would be a great idea if the Palestinian Authority would call Netanyahu’s bluff and start serious negotiations for a two state solution.

However would it be silly to assume that any viable two-state solution (underline two-state) would necessarily, as a minimum requirement, involve one of the two states being identified as a Jewish state? it is interesting to ask why such a recognition of a Jewish state by the P.A. is a fundamental sticking point. Is Abbas holding out for a more acceptable offer from Netanyahu that involves a much less distasteful requirement for the Palestinian Authority (such as the recognition of a Bahai state, or maybe a Jedi Knight state)?

@Mike: No, I don’t think it’s silly to think that might be the outcome of talks on a two-state solution, but I think it’s silly to insist that the Palestinians subscribe to it as a precondition. That would be asking them to give up a negotiating chip in advance without getting anything in return. Also, I suspect that the result of the Palestinians calling Netanyahu’s bluff would not be the commencement of “serious negotiations”, I think it’d be the manufacture of some new reason on his part why negotiations shouldn’t take place.

I agree with your opinion as expressed in this article, Charles. But I do have a few questions – even allowing for our close ties with the US and Israel, why should Australia support Israel when this country has broken just about every international law going, so far as the Palestinians are concerned? If we do vote to support Israel, doesn’t that mean that we are condoning illegal behaviour? And why does our government believe they have the right to do this without specific agreement from the Australian people?
The poll you quote, while not scientific, does give an indication of the view held by the general population – and this would suggest that Mr. Rudd is on the right track.

@CML: I think that the government is right to reserve its position until we see an actual proposed resolution, but if it’s framed in a way that doesn’t seem likely to harm the prospect of negotiations, then yes, I think Australia should support it. It may even be that Kevin Rudd privately agrees. But it won’t happen. Of all areas of government, defence and foreign policy are the least responsive to public opinion.

As Charles has pointed out in his article it appears that Netanyahu, at least on the surface, has made some key concessions regarding preconditions to negotiations under the duress of a possible UN vote for Palestinian statehood. According to the linked article,it appears that Netanyahu has also has agreed to discussions regarding a Palestinian right of return. I have to admit to sharing Charles’s scepticism as to whether this is indeed a change of heart or simply a negotiating ploy.

If Netanyahu was serious, then it is hard to imagine that he would not be able to make these offers without having generated confrontation with the extreme rejectionist elements of his alliance. But who knows what is happening beneath the scenes? Being an eternal optimist, maybe the scepticism is unfounded. Who would have predicted that someone with Sharon’s background would confront the extremists in his alliance and unilaterally withdraw from Gaza? Sometimes it requires someone from the side of politics not normally noted for compromise to manage the expectations of the relevant constituency. De Gaulle’s withdrawal from Algeria comes to mind.

In the end it may need some form of compromise from the Palestinians regarding the existence of Israel as a Jewish state to determine the bona-fides of Netanyahu’s apparent concessions.

Charles has also suggested that Palestinian recognition of a Jewish state is being be reserved as a card to be played to extract further concessions. However another even more plausible reason for the reticence to recognize the Jewish state is the PA‘s tenuous alliance with Hamas. Hamas which is the karmic Palestinian twin of the extreme rejectionist part of Netanyahu’s coalition have not been outstanding advocates of the recognition of the existence of a Jewish state, to say the least. The PA may have to confront the rejectionists of Hamas which may or may not be possible without again inciting internecine conflict. This is not only a problem for the Palestinians but also one of the dilemmas facing Israel when hopefully one day it gets to the negotiation table.

However playing the recognition card now, rather than later, has the advantage of putting Netanyahu’s intransigence regarding further negotiations (i.e. the status of Jerusalem etc.) under the spotlight. But is this just another case of the Palestinians, yet again, never missing an opportunity to miss an opportunity?