A tale of Boks and the World Cup

With the 2011 Rugby World Cup in New Zealand, well-known journalist Dan Retief has produced a seminal work on the comp and the part the Springboks have played in it from their entry in 1995. Simon Burrow recommends.

With the 2011 Rugby World Cup happening in our part of the world (even though it is over the ditch), well-known journalist and some-time Fox Sports panelist Dan Retief has produced a seminal work on the comp and the part the Springboks have played in it from their entry in 1995.

The book has relevance to Wallaby supporters — the two countries’ paths run in parallel not only in the Super Rugby competition, Tri-Nations Series and World Cup but also in the formation of professional rugby where Kerry Packer and Rupert Murdoch crossed swords spectacularly.

The Springboks and the Holy Grail is a cracking read. Why? I found the answer sifting through the millions of words written about the demise of the News of the World and Rupert Murdoch’s grim grasp on his faltering News Corporation empire, and flipped to the sports section of the final “thank you and goodbye” edition. In the sports editor’s own obituary to his journalists, he stated they were all “fans”. That’s why they had the stories, they knew the games, and had the respect of the players. They were not journalists churning out the copy because it was a job — it was a passion.

Retief is a fan. That’s why The Springboks and the Holy Grail makes such compelling reading. He has the respect of the players and, as mentioned in the book, the legendary 1995 World Cup-winning Springboks coach Kitch Christie said “you know the game”. In fact, Retief modestly relates how it was he that suggested that a kicking Joel Stransky play at fly half and the accepted playmaker Hennie le Roux play at inside centre in the 1995 team — and we know what happened there — Stansky kicked the winning drop goal to bury the Kiwis yet again.

Retief has been in the journo game for more thyan 40 years but is still in touch. He is well known internationally as a fair and balanced reporter while still retaining the common touch.

The book cleverly links events between the world cups through detailing the up and downs of the soap opera that is international rugby. With another chapter about to be written later this year in New Zealand and with the Wallabies firming as favourites (Retief tips them to win the golden trophy), this is a book to savour.

The details: Look for The Springboks and the Holy Grail at bookshops or download at Amazon. 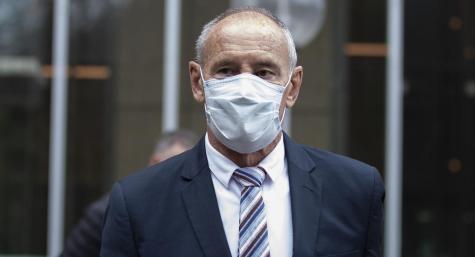