The government has announced its "Clean Energy Future" package to commence from July 1, 2012. These are the details at a glance.

The government has announced its “Clean Energy Future” package to commence from July 1, 2012.

Steel Transformation Plan: $300 million for “innovation” in steel manufacturing (in addition to EITE assistance plus an additional allocation of free permits)

Energy Security Fund: to pay for closure of up to 2000MW of highly-emissions intensive generation capacity by 2020, provide $5.5 billion in free permits and cash to the sector to 2016-17, establish an Energy Security Council

Clean Energy Finance Corporation: to invest $10 billion over five years from 2013-14 in renewables and low emissions technologies (not Carbon Capture and Storage), run by an independent board

Australian Renewable Energy Agency to oversee $3.2b in renewables funding, in addition to any dividends from Clean Energy Finance Corporation 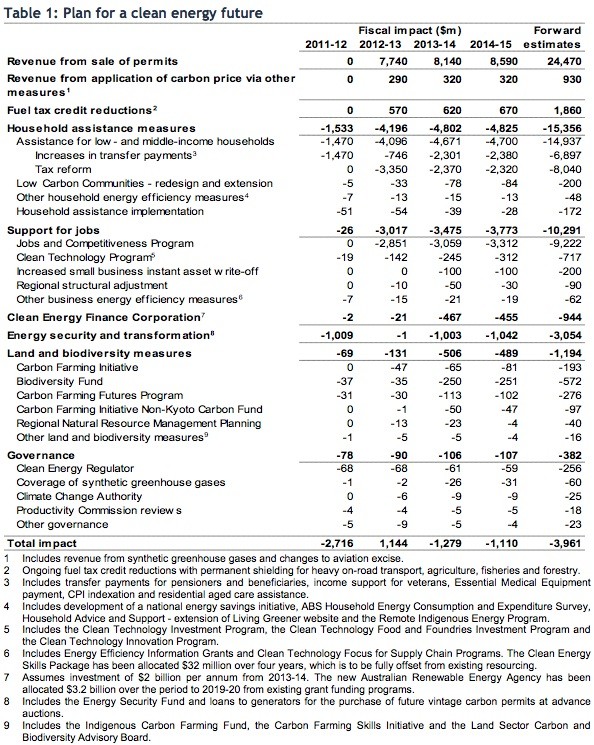 Comparison with the final version of the CPRS: 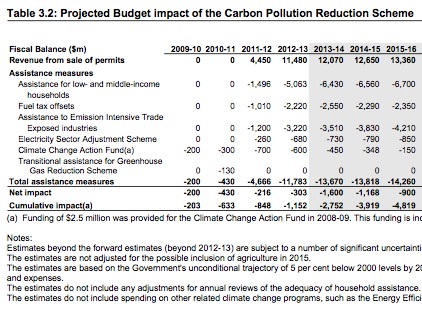 I wonder if a detailed, acceptable, reasonable alternative carbon reduction policy exists? Does the LNP have one?