If the Gillard Government is looking for an excuse not to give Sky News the $223 million Australia Television contract, it should come straight out with a probity argument based on the News of the World phone hacking scandal.

If the Gillard Government is looking for an excuse not to give Sky News the $223 million Australia Television contract, it should come straight out with a probity argument based on the News of the World phone hacking scandal.

There would be no better moment given the white anger which exploded in the UK overnight after The Guardian revealed the News of the World had hacked the voicemail of Milly Dowler, a 13-year-old Surrey school girl who was abducted and murdered in 2002.

Check out this Guardian article summarising the latest hacking scandal which is running on the Fairfax websites as well as many others around the world.

“The Guardian reported on 4 July 2011 that Scotland Yard had discovered Milly Dowler’s voicemail had been hacked by journalists working for the News of the World. During their ongoing investigation into that newspaper’s phone hacking activities, detectives discovered that potential evidence had been deleted by those responsible for the interception in order to free up more space for new messages to monitor. Via their solicitor, Dowler’s parents announced they would pursue a claim for damages against the News of the World.”

News Corp has nowhere to hide on this issue given it has admitted the illegal practices and is busily paying out tens of millions of dollars in compensation.

The Guardian’s latest revelation is easily the most damaging to date and concluded with the following statement from News Corp:

“We have been co-operating fully with Operation Weeting since our voluntary disclosure in January restarted the investigation into illegal voicemail interception. This particular case is clearly a development of great concern and we will be conducting our own inquiries. We will obviously co-operate fully with any police request on this should we be asked.”

The ABC is presumably talking up its probity strengths in the Australia Television tender battle and it was a little surprising that AM didn’t cover the Milly Dowler story today. Instead, host Tony Eastley latched onto the hacking of the Fox News Twitter account which for an extraordinary 10 hours carried messages declaring Barack Obama had been assassinated. Oh dear.

The problem for Julia Gillard and Stephen Conroy is that they’ve already gone on the record saying the Australia Television tender has been reworked to take account of the Arab Spring.

Questions are now rightly being asked, including by Margaret Simons in Crikey yesterday.

Even Mark Day weighed in for The Australian on Monday declaring that he could smell a rat in the delay. The headline on his column brazenly declared that “Australia Network tender process lacks transparency.”

There can be no greater lack of transparency than illegally hacking thousands of phone messages for up to a decade. If Julia Gillard declared in Question Time today that the probity of tenderers was an issue and she was appalled by the Milly Dowler revelations overnight, the News Corp outlets would be obliged to report about one of its most despicable acts in the 58 years Rupert Murdoch has spent building the company.

It was very interesting that Fairfax got what looked like a drop out of Rudd’s office or DFAT for yesterday’s splash in the broadsheets. It looks like the old truism, “my enemy’s enemy is my friend” may well be at work with Kevin Rudd back co-operating with News Corp.

I remember bumping into Conroy at the ABC studios in Melbourne three years ago and suggesting he give Maurice Newman the flick as ABC chairman. “That’s Kevin’s decision,” was his immediate reply.

Clearly things have changed now with Cabinet formally stripping Rudd of the power to award the 10-year Australia Television contract to Sky even though Rudd previously declared it was a matter for him.

Sky is an equal three way partnership between Seven, Nine and BSkyB, although the Murdoch interests clearly have the greatest influence over management. Seven and Nine have every reason to be furious with News Ltd’s recent conduct in Australia.

It takes a certain level of chutzpah to simultaneously run an utterly biased campaign against the Government whilst sticking your hand out for a juicy government contract, but that’s News Ltd for you.

Stung by The Australian’s ongoing campaign against the NBN, Senator Conroy is clearly onto this issue and my money is that he will move heaven and earth not to give the Murdoch interests a red cent.

Finally, check out this package on phone hacking from the Columbia Journalism Review, especially the hilarious video when a Fox News anchor is reprimanded by the Sun King for daring to question him about phone hacking.

Rupert won’t be able to refuse to comment at the 2011 News Corp AGM. 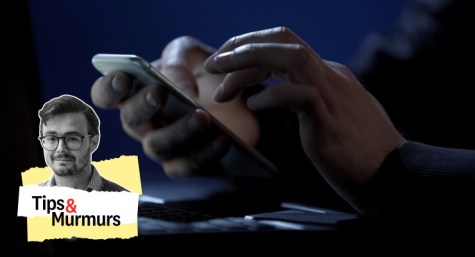 The Catholic Church is full of kiddie fiddlers and News International has its own scum – phone hackers.

Looks like Gillard and Co were not happy that SKY won and are forcing a change. Conflicts of interest everywhere here.

Perhaps Gillard etc have finally grown a pair and decided they’ve got nothing to lose by standing up to News Ltd.

Could also be that Ruperts spies have information on our pollies that they can use as well? Russian roulette is a fair and balanced game to the one the phone tappers have created.

Instead of one loaded cylinder and 5 empties against the temple, our poliies have 5 loaded cylinders, and Murdoch is making them blow their own heads off.

He is evil incarnate. If he can do this to politicians and dead children, what is to stop him doing the same to the High Court? He doesnt hear the word no often enough. Well Conroy can tell hiom to piss off and to take his parasites, including his own political party, with him

Labor can kiss my vote goodbye if the phone hacker get the Tax payers money and the news contract .