The story behind the Chinese miner’s land deals here

The Chinese mining company's purchases of properties have been well known in the Caroona district of the Liverpool Plains. And guess who's got the project next door? BHP Billiton.

The purchase of farm land by a Chinese coal company in NSW has got the Greens moaning, Barnaby Joyce fretting and Senator Nick Xenophon offering sound bites on the issue.

The Australian started the story this week with this report, which included these paragraphs:

A Chinese government-controlled mining giant has spent $213 million buying up 43 farms so it can explore for coal outside the NSW township of Gunnedah.

The mining boom has triggered an overnight property boom for the rural community 500km northwest of Sydney.

A NSW title search reveals that Shenhua Watermark Coal carried out a two-year spending spree in 2009 and 2010, making some of the sellers instant millionaires.

Some of the properties changed hands for 10 times more than their previous sale price.

The Chinese coal giant’s spending spree slips under the Foreign Investment Review Board (FIRB) radar, as the Treasury unit only investigates investments totalling more than $230 million.

The story came the same day Greens leader Senator Bob Brown launched his latest anti-foreign ownership campaign at the National Press Club, based on a flawed report by a Greens supporter.

As opportunistic as ever, the opposition clambered into the story. That will be the blind leading the blind.

A lot of hot air and worse has been expended on this story, based on just what was in The Australian, with the follow-up reporting wide of the mark as well, until this morning.

Buried on page three of The Sydney Morning Herald’s business section was a story (which didn’t seem to be anywhere on the SMH or Age website earlier this morning) by Leonie Lamont, which completely undermined part of The Australian’s report and all the hot air since it’s publication earlier in the week.

Lamont actually talked to Shenhua and Joe Clayton, the head of the Watermark coal project, the one that has bought the farms (and will buy more).

We have FIRB approval for mining use only.  When we don’t need it for mining, we have to sell it,”  Clayton, project director for Shenhua, said.

And he said that under FIRB’s approval for the project, all land acquired will have to be sold at the end of the mine’s life.

And Lamont pointed out that FIRB is required to vet all acquisitions in Australia (regardless of value) by foreign governments or foreign government controlled groups (Shenhua is two third owned by the Chinese government. (The Australian, remember, said the land purchases fell below the $230 million threshold)

So now we have one agreed fact: Shenhua has bought 43 farms in the area (on the Liverpool Plains). And it says it will buy more to maintain biodiversity and for a buffer zone between the mining operations and farms outside the area that will be mined. These have been and will have to be approved by FIRB.

This is the first time the FIRB role has been revealed and the first time for the fact Shenhua can only mine, not produce wheat, wool meat or whatever and send it back to Beijing to feed the masses in the Chinese capital, at head office, or elsewhere.

And by the way, the purchases of properties have been well known in the Caroona district of the Liverpool Plains. And guess who’s got the project next door? BHP Billiton. BHP paid $100 million for its project, the former Labor state government screwed $300 million out of Shenhua.

Most, if not all of those selling are either National Party, Liberal or support of Tony Windsor. He knows all about them, it’s in his backyard. 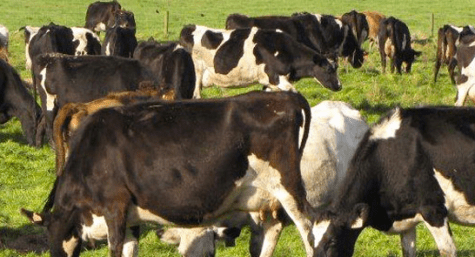 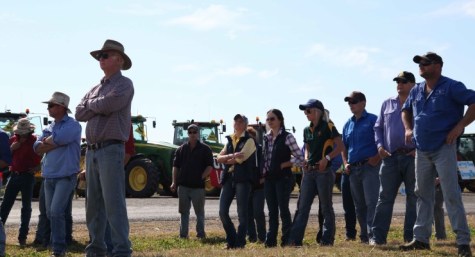 Journalism plus Glenn Dyer, great stuff and poignant critique of the careless, lazy journalism Aussie citizens have to put up with when it’s not outrightly corrupt with misleading intent or just lies.