Lush cleans up at taxpayers’ expense

The popular half-hour program, in which “domestic goddess” Shannon Lush turns homes inside out to secure efficiency gains for stressed mums battling the daily grind, had previously failed to meet government guidelines for the offset because it didn’t cost enough to produce.

But the show’s filmmakers, EME Productions, successfully argued that Lush, which also features handy hints on how to remove stains and smells from lounge room upholstery, was similar to another EME effort, the CSI-Miami inspired Is Your House Killing You?, which had previously received the 20% tax break.

Screen Australia has 28 days to appeal the ruling, with rumours swirling that their lawyers were about to be briefed. A spokesperson said its gravity was still being digested and that a decision on whether to proceed would be made soon.

The colourful judgment by Justice Garry Downes, available here on the AAT website, states that the court was satisfied Lush House qualified as a documentary because it is “more serious than frivolous and seems to us to be sufficiently towards the serious end of the scale to warrant the description ‘documentary’.

“A useful process for determining whether a program is a documentary may be to examine the program to see if it is a creative recording of facts for the purpose of informing or educating,” Downes deigned.

“If it satisfies these requirements and, additionally, is not frivolous, then it will be a documentary.

Downes noted sagely that “learning how to order and clean a house and remove stains and unwanted marks and smells may be of more practical use to more people than learning about the cause of the American Civil War.”

In May’s federal budget, the government announced a $56 million funding boost for the sector and lowered the eligibility threshold  for feature films, television and online shows from $1 million to $500,000. Under the current eligibility criteria, cheaply produced documentaries are exempt from a minimum qualifying amount.

Taxpayers have spent $412.1 million on the scheme over the past three years, compared to $136.7 million in the three years before the measure was introduced. There was controversy earlier this year over whether Australians were getting bang for their buck after Crikey revealed Baz Luhrmann’s US-set Great Gatsby was eligible for $40 million.

In addition to her TV duties, Shannon Lush is also popular author, selling more than half-a-million copies of her book Spotless and dispensing radio advice on how to get coffee stains out of your favourite singlet.

Geoff Brown, the executive director of Screen Producers Association of Australia, told Crikey that he was relaxed about the ruling because it opened up opportunities for shows that reflected the reality TV boom.

“There should be a relaxed and sensitive interpretation that reflects the reality of TV as it sits in 2011. We think Screen Australia should go with that,” Brown said.

“The industry would be very disappointed if Screen Australia appealed,” he added, noting the producers EME would be saddled with a legal bill while Screen Australia’s costs are covered by the taxpayer.

Brown said there were limited slots available on commercial and pay television and that the government wouldn’t get deluged.

But Helen Panckhurst, the producer of the fifth-highest grossing Australian documentary of all-time Mrs Carey’s Concert, said that although it was too early to say whether the Lush ruling would impact on the funds available serious documentary makers, a run on the federal government’s subsidy could be counterproductive.

“Anyone concerned with making documentary in the traditional form could feel threatened by this,” she said.

Another film industry insider was scathing, saying that under the AAT’s logic shows such as MasterChef could seemingly tap the taxpayer for cash. They sheeted home the blame to the Howard government, which created the offset in 2007.

“The fact that it has come to this is a direct consequence of shoddy drafting and even sloppier thinking by the Coalition, which created the producer offset with new definitions,” they said.

There is no formal definition of documentary under the Act, with the AAT forced instead to rely partly on the Macquarie dictionary.

A spokesman for the Arts Minister Simon Crean said the government had “great respect for the unique medium of documentary making”.

“We will consider this decision closely and consult with Screen Australia on the impact this may have.” 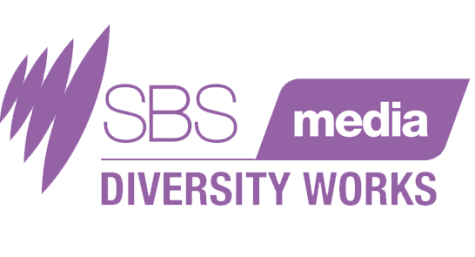 Secret $40 million windfall for Great Gatsby despite no koalas, kangaroos

Funnily enough while reading this I was catching up with Go Back to Where you Came From – a REAL documentary!!!