Misconduct charge, but too crucial to sack? We told you about the expensive new web publishing system being introduced at the ABC that staff complain is yet to function after months of testing. And we first revealed the ABC employee under investigation for “serious misconduct” after using online currency system bitcoins to profit from Aunty’s […]

Misconduct charge, but too crucial to sack? We told you about the expensive new web publishing system being introduced at the ABC that staff complain is yet to function after months of testing. And we first revealed the ABC employee under investigation for “serious misconduct” after using online currency system bitcoins to profit from Aunty’s servers. Now we hear the two stories may in fact be one. Says one insider familiar with ABC management structure: “If I’m right about who it is, they can’t afford to sack or suspend him, not at the moment, because he’s crucial to the transition of the new system.”

The ABC says it can’t comment on its investigation. But we know some of you know more. Drop us a line or submit your tip anonymously. Aunty’s servers will have no record, honest.

Health department pay bungles. The Queensland opposition yesterday took up the cause of Queensland Health workers sent letters demanding them to account for overpayments, as Crikey tipped off yesterday. Our information was “spot on”, according to an insider today. “And it gets worse”:

“Employees who have received overpayments and been identified as falling within “category 1”, that is they may have fraudulently obtained the payment, are referred without notice to the police. A number of nurses who obtained payments on advice from Queensland Health, and who were advised that if they were overpaid they would be notified and advised of the process for recovery, are instead being notified by a copper turning up on their doorstep to interview them in response to a Queensland Health fraud complaint against them.

“They were not given any opportunity to respond to the allegation prior to the police being called in. In a number of cases nurses have attended police interviews and proved, by providing the cops with their financial documents and Queensland Health pay documents, that they were entitled to the payments they received.  In one case, the police advised the nurse that Queensland Health in fact still owed her money!”

In a statement yesterday, Queensland Health deputy director, general human resource services, John Cairns said the department will be “sensitive to the individual circumstances of each staff member and work with them to agree to a payment plan”. But as one Crikey reader commented yesterday: “When you realise that the new payroll system that created all of the problems was not run in parallel with the old system because of a desire to save half a million in software rental on the old system, the whole thing becomes more than a little surreal.”

Loss-making just spin at Qantas? Writes one Crikey mole: A Qantas employee told me that the management was spinning a line that their international operations were running a loss of $200 million per year, despite the fact that the flights are running consistently near capacity. This is, apparently, the usual spin leading up to pay negotiations.” Surely not …

Please hold, your email is important to us. Origin Energy is struggling under the weight of complaints, according to one customer. A service employee told our reader there was a three-month waiting list on responding to customer email requests. “I am still waiting for a response from the email sent September 2010 as well as one sent last week,” they write. “To get a response on the phone I have waited 55 minutes to two hours. My recent inquiries are regarding having been sent no bill for seven months. Apparently they cannot deal with solar feed-in-tariff bills.” 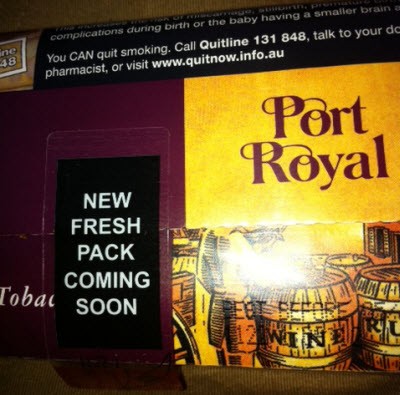 Snail mail your secrets to us instead. Here’s a novel idea: The Age reports Victoria’s Labor opposition has set up a post office box — how very digital age — in a plea to public servants to submit leaked information on the government. The government is refusing to release 30 documents related to its plan for train station cops, though the hypocrisy from Labor — which did plenty of secret squirrel business itself while in office — is galling to some.

Still, we thought it was an opportunity to remind all eager tipsters out there they can mail their secret documents to us, too. And we promise not to use them in party political attacks. Our address: Swann House, Level 6, 22 William Street, Melbourne Vic 3000. We love postcards from exotic locations, too.