Live cattle ban — beginning of the end of pastoralism in NT?

I believe that the time has come for a general re-evaluation of the pastoral industry in the light of the current economic circumstances and modern ecological knowledge, writes Strider, a resident at the Solar Village south of Darwin.

This is a guest post by Strider, a long-time friend of Bob Gosford, blogger for The Northern Myth site. You can see more of his thoughts and words here and here.

In his blog posts I particularly like his observations of clouds and fire and the rest of the natural world at the Solar Village south of Darwin where he has lived since the late 1970s. Strider is a far better observer of these things than most of us.

This is an edited version of his submission to the Draft Native Vegetation Management Bill & Proposed Amendments to the Pastoral Land Act about which you can read more here.

I made the call for a total and permanent shutdown of the pastoral industry in the Northern Territory just a few days before the Australian government imposed a temporary ban on the export of live cattle from northern Australia.

As I see it, the industry is not economically viable, it is not ecologically sustainable, and it is an obstacle to obtaining wise fire management in the Northern Territory.

I believe that the time has come for a general re-evaluation of the industry in the light of the current economic circumstances and modern ecological knowledge.

I would like to see immediate talk about the best way to close the industry down over the next 5-10 years. The ecological situation is urgent. Orders to de-stock the land (made under the Soil Conservation and Land Utilisation Act) could be issued this year, and the country could be mainly de-stocked a year from now. That would help a great deal and maybe buy us some time.

The wave of native mammal extinctions that is currently going on across northern Australia is an urgent matter. We are dealing with a natural disaster here. Emergency action (such as de-stocking) is fully justified by the circumstances. Obviously the industry will need interim financial support, and eventual compensation when the industry is finally shut down. We need the co-operation of the people in the industry as we plan for its eventual abolition. In my view we should aim for a minimum of pain for all of those involved, and a fairly quick shutdown of the industry.

Failure of nerve is the popular explanation. I would like to say that a failure of imagination is also involved. People cannot even begin to imagine the Northern Territory without a pastoral industry. When I suggest it, they are shocked. It is something that many people just take for granted.

A common reaction to the suggestion is to observe that the industry is politically powerful, and to expect that no change will eventuate for that reason. That it is “too big to fail”. I simply wish to point out that the industry is a house of cards in ecological terms. It is very vulnerable to criticism. It really should be shut down.

Let us look at the facts. One thing is for sure, it is not an ecologically sustainable practice. The industry has been exporting nutrient elements in stock for more than 100 years without making any attempt to replace them with fertiliser. This is a serious matter. This is tantamount to theft of a common resource — pure and simple. 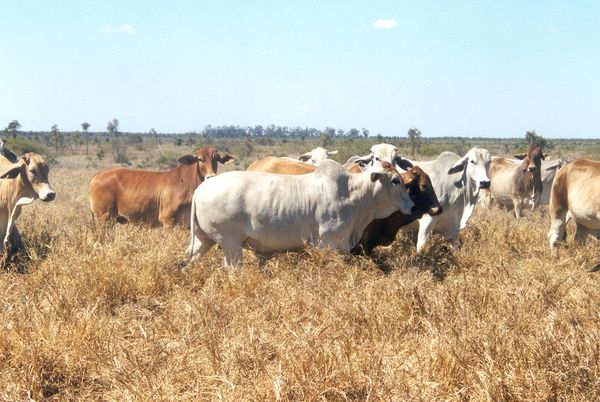 Cattle did not co-evolve with the Australian biota and its ecosystems in antiquity. Inevitably they are parasitic grit in the machinery of our ecosystem. How could it be otherwise? How could the pastoral industry possibly be ecologically sustainable in the Northern Territory?

Pastoralism in the Northern Territory is really a form of strip mining. The pastoralists are mining some of the soil nutrient elements (chemicals) out of the grasses and other leaves and exporting them as live cattle. This is happening to some of the poorest soils and ecosystems in Australia. The operation is being subsidised by the government to a considerable extent.

As primary producers the pastoralists get a tax exemption. The public built and maintains the beef roads system. I think that there are also other forms of subsidy in place.

The cattle stations are not operating at a profit but absurdly high prices are being paid for them at auction. Clearly a speculative property bubble has developed here that has nothing to do with the potential earnings of the stations through pastoral operations. The Northern Territory government is aware of the situation, and the minister has commented on it.

Vale ‘Tracker’ Tilmouth: the acerbic wit of a fearless man