Serious IT breach at the ABC. Bitcoins, as Crikey explained on Monday, is an online-only currency system quickly increasing in value. And one ABC staffer has apparently cashed in, in a serious IT breach Crikey understands is being investigated by the national broadcaster. An ABC insider takes up the intriguing story: “The week before last […]

Serious IT breach at the ABC. Bitcoins, as Crikey explained on Monday, is an online-only currency system quickly increasing in value. And one ABC staffer has apparently cashed in, in a serious IT breach Crikey understands is being investigated by the national broadcaster. An ABC insider takes up the intriguing story:

“The week before last an IT staff member of ABC Innovation with privileged access to ABC servers installed a ‘Bitcoin miner’ application on ABC servers. This application used idle CPU time of ABC servers and audience members to help create bitcoins for the private profit of this person. In other words, if you visited the ABC website, this program connected to your computer without your knowledge or permission and used it to help create money/currency for this individual for his own private profit. And that’s putting to one side the whole shady nature of the currency itself.

“This was done knowingly and intentionally. It was not an accident or mistake. The individual has admitted to doing it, and the reason was personal gain/profit. How many of the general public’s computers were affected? Were they infected with some other malware or similar? What other damage was done, or may have been done? How long did this go on? We don’t know, as nothing is being done about it. It’s being swept under the carpet. The individual who perpetrated this act is not being reprimanded. He hasn’t even had his server access revoked; all his privileged access is still intact. A ‘warning’ was given, but that’s all.

“A lot of people know about it (including most of Innovation), but are talking quietly as they’re not meant to know (management thinks knowledge has been limited to only a handful of people). The reason it has spread is people are furious nothing is being done. Ask nearly anyone who knows about this stuff, they’ll tell you it’s grounds for instant dismissal and a serious breach of security and trust.”

Crikey put the allegations to the ABC and was told it doesn’t comment on IT security matters. But, a spokesperson says, a “serious misconduct case is under way”. Do you know more? Drop us a line or send your tip anonymously.

Halal beef processing — onshore. Is this facility at Batchelor, about 100km south of Darwin, one answer to the live exports stand-off? 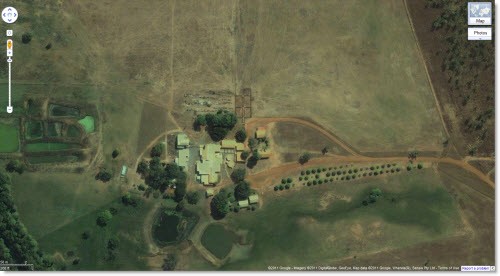 Batchelor Abattoir, currently mothballed while undergoing renovations, was specifically designed for onshore processing of halal meat products. Crikey‘s local spy reports: “This has never happened and it sits there mothballed, but I am led to believe that it is fully equipped and can be reopened at very short notice. It used to provide a lot of employment for people in and around Batchelor. It used to be the largest abattoir in the NT, and supplied domestic and export markets. Word in the paddock is that it was closed by dark forces in the NT cattle industry and then on sold to a willing Malaysian company in exchange for provision of live exports to Malaysia while they left it closed. They paid about $2 million about five years ago. It has a few hundred acres of grazing country around it that rarely if ever have any stock.”

In fact, as the esteemed Meat Trade News Daily reported a fortnight ago, the facility is due to reopen in a couple of months. But with a capacity of only 350 animals per day, operator Ivan Coulter says Indonesia will only be a small market for the processor. Still, if one facility can do it …

Mathieson’s Mermaid Beach association. Four Corners put forward Mermaid Beach Surf Club on the Gold Coast on Monday night as an example of a small club that will be hit hard by Andrew Wilkie’s gambling reform. What wasn’t disclosed, one reader reminded us, was the close association pubs and pokies tsar Bruce Mathieson has to the club. The billionaire shareholder in hospitality giant ALH Group, who owns an $18 million mansion along the Mermaid Beach glitter strip, seems to be a familiar presence around the club. A treasurers’ report for 2008/09 called him “invaluable” and the club was “thankful and privileged to have his input”.

Plain packs petition at the shops. The fight against cigarette plain packaging is being taken right to the shop front. One smoker writes from Melbourne:

“During the transaction I was rather forcefully given the opportunity to sign the No Nanny State postcard to add my support, apparently forwarded to the local member. I was informed the country could not be run without the taxes from smokers, the cigarette companies would require massive structural adjustments to deal with plain packaging and the job of the retailer would be made more difficult (I did point out an alphabetical listing might ease the burden).”

House gets together to cut power. A rare moment of bipartisanship on climate change in the Senate yesterday as all parties got behind cutting energy use in Parliament House. Jon Dee — an environmental campaigner and NSW Australian of the Year in 2010 — updates Crikey:

“A rare case of the parties going forward together on a climate change related issue. If the lower house now pass it, a 10% reduction in energy use in the federal parliament would save $300,000 a year in energy and fuel costs. If the lower house vote against it, they would be voting against saving money and cutting emissions. But now that they have let it go through the Senate with no division we are hopeful the parliament will be signed up to The 10% Challenge with support from all parties. We’re running the household campaign in partnership with Choice.”

[In other words, if you visited the ABC website, this program connected to your computer without your knowledge or permission and used it to help create money/currency for this individual for his own private profit.]

I realise we’re only talking tips and rumours, but this statement just doesn’t add up.
Are you saying that the ABC website was downloading malware onto visitors computers?
Please explain!

Is the ABC going to pay for a geek to remove this from my computer ??????

Do we know exactly what information was accessed by the ABC staff member?What access by the individual to the ABC site was involved – browsing the news page or watching a program, or both? Did he have free access to all the hard drive? Was it a key-logger? Some other sort of Malware?

If the Tip/Rumour is true then there are a lot of serious questions to be asked and potentially a police investigation. Should this all be proven then one would assume that Mr. Scott would resign

Installing software on ABC’s internal computers is one thing … but client computers is on a whole other level. Malware might be one way but surely someone would have detected that by now. Perhaps he hacked Flash plugin code so web browsers mine for bitcoin while playing iView?