Those who judge judges, lawyers need a lesson in depression

We need our legal profession to consist solely of stable, sane and depression-free individuals.

Here’s a great way to improve the quality of lawyers in Australia. Ensure that lawyers who want to renew their licences after five years of practice are made to sit through a rigorous psychological and psychiatric examination. They should also provide copies of all medical records.

Why? Lawyers are officers of the court. Some go on to become magistrates and judges. We need our legal profession to consist solely of stable, sane and depression-free individuals. We also need world peace, an end to all poverty and a Prime Minister worth voting for.

Two NSW magistrates have had to front up before the Parliament and explain to a bunch of politicians why their mental illness should not render them unfit to perform their duties. One wonders how many of the honourable members listening have (or should have) appointments with psychiatrists pencilled in their diaries.

This is the same Parliament whose numbers once included an opposition leader whose unfortunate gaffe led to a suicide attempt and admission to a psychiatric clinic. This traumatic roller-coaster ride has not stopped John Brogden from becoming chief executive of the Financial Services Council.

Brogden’s depression, a condition he shares with one in five of his countrymen and women, is not deemed by the financial services industry to render him incapacitated to do his job of overseeing the investment of about $1.4 trillion through superannuation, funds management and life insurance organisations. Yet for some reason, the Judicial Commission in its wisdom has decided that magistrate Brian Maloney is incapacitated after being diagnosed with bipolar II, an illness known to be very treatable with standard psychopharmacological treatments.

With respect, those who judge our judges and lawyers should understand that law is one of those professions very conducive to depression in its practitioners. Perhaps a good way to describe a lawyer’s job is to always assume the worst scenarios are going to happen and then protect his or her client from each of them. The best lawyers are almost always the ultimate pessimists. Too much positive thinking is dangerous in the legal game.

Life is especially tough for many small operators whose sources of work are drying out or legislated out of existence. These are often the lawyers prepared to do low-paying legal aid work for average punters. These are the lawyers who would struggle to pay their own hourly rate let alone the fees of the average private psychiatrist.

As magistrate Maloney told the NSW Parliament: “Interestingly, researchers have found that 40% of law students, 20% of barristers and 33% of solicitors have a mental illness. It is from this demographic that judicial officers are drawn. In the past 12 months three barristers have sadly taken their own lives. In recent years, two judges.”

So much of our criminal and civil justice system is carried out by the magistrates courts — simple traffic matters, drink-driving offences, family violence orders, debts and much more. A huge number of unrepresented persons, punters who can’t afford a lawyer and whose matter doesn’t come within legal aid guidelines, are seen by magistrates who generally bend over backwards to ensure no party is unfairly dealt with.

We need magistrates who have empathy and genuine life experience. That includes the experience of the large number of people suffering from mental illnesses who are disproportionately represented in our prisons, as parent-litigants in child protection cases and in so much of the business that comes before magistrates courts.

You’d think having a magistrate on the bench who is successfully managing mental illness would be an asset to the court. In short, if a magistrate is readily deemed incapacitated because of depression or bipolar disorder, the entire court system is potentially put at risk. And that’s enough to make anyone sick. 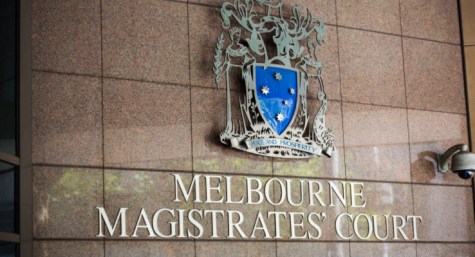 Sounding the alarm on the legal takeover of mental health

‘Brogden’s depression, a condition he shares with one in five of his countrymen and women’
This is an absolute nonsense.
The 2007 ABS National Survey of Mental Health & Wellbeing found that one in five Australians had symptoms of a mental disorder – NOT specifically depression – at some point in the previous 12 months (and a lifetime diagnosable disorder, not necessarily in the 12 months). For depression specifically, it was only one in sixteen – less than a third of ‘one in five’.
See Slade et al. (2009, p. 5):
http://www.health.gov.au/internet/main/publishing.nsf/Content/mental-pubs-m-mhaust2
Furthermore, many of the disorders detected in the NSMHW are of relatively short duration, so the prevalence at any specific time (point prevalence) is significantly less than the 12-month period prevalence.
Furthermore, the severity of Brogden’s depression was grossly unrepresentative of that of most depressions detected in population surveys. Many studies have found that people who seek treatment for depression have significantly more severe depression than those who do not. The NSMHW found a strong severity bias in treatment seeking (p. 14). And people who are treated by psychiatrist, as Brogden was, tend to have more severe depression than those treated by GPs.
Brogden’s condition – severe life-threatening chronic depression, according to media reports – is shared by vastly fewer than one in five Australians.
This is yet another example of the emotive inaccurate misleading claims that are rife in the mental health arena:
http://www.onlineopinion.com.au/view.asp?article=10793

Absolutely loved this piece Irfan.
Show me a Family Law Solicitor who does not suffer a depressive episode at one time or another and I will show you someone without a heart.
What should be under the radar is ‘untreated’ illness that requires self medication.
Many in both legal and political circles are too fearfull that their careers will be finished if they put up their hand for help and we simply can not let this continue.
Also good to see a stat on law students. Proffessional accademic postings in law schools are often abusive situations where everyone seems to have ‘rights’ except those paying for the education. Some (with few exceptions) see it as their job to give students a baptisim of fire to prepare them for a life in the ‘real world’ that they have never been in themselves when really their role is to simply teach the legal framework and legislation. I have seen many a damaged broken soul in the school I attended and seen this as a pointless waste of intelligent people.
Keep banging this drum Irfan.

Ravenm, how do you define depression?

Hi Irfan
When I discuss statistics about the prevalence of depression, I accept, for the purposes of the discussion, the definition of depression used in the sources.
In the case of the NSMHW, the definition is 12-month symptoms plus lifetime diagnosis (which is problematic, because many experiencing 12-month symptoms do not meet diagnostic criteria for the disorder within the 12 months) based on the WMH-CIDI (World Mental Health Composite International Diagnostic Interview; see Slade et al. 2009, p. 59), which dominates psychiatric epidemiology internationally these days. It is based on both DSM and ICD diagnostic criteria. See Kessler & Ustun (2004):
http://www.hcp.med.harvard.edu/wmhcidi/ftpdir_public/publishedpaper_kessler_wmhcidi.pdf
I think the WMH-CIDI is problematic (for example, a depression diagnosis requires only 2 weeks’ duration, and it was not validated in a community sample), but in my response to your article I accepted its authority as the measure used in the NSMHW.
I assume that the NSMHW is the ultimate source of your one-in-five statistic (perhaps filtered through one or more intermediate publications, where the conflation of lifetime prevalence with point prevalence may have arisen). If so, you have exaggerated the prevalence of depression per se more than three-fold, and implicitly exaggerated the prevalence of severe depression (by referring to John Brogden) even more.
BTW I acknowledge that the *lifetime* prevalence of depression in the NSMHW is significantly higher (15%, i.e. 1 in 6.7), but you used the present tense referring to Brogden’s depression, and the debate is not about lawyers and judges with long-ago histories of depression.
If I am wrong about your source and it is not the NSMHW, what is it, and how does it define depression?
Melissa Raven

In my reply to Irfan’s question, I should have written:
‘I assume that the NSMHW is the ultimate source of your one-in-five statistic (perhaps filtered through one or more intermediate publications, where the conflation of *12-month* [not lifetime] prevalence with point prevalence may have arisen).’
[A bit embarrassing, given that I am criticising conflation of different types of prevalence.]