Gillard’s carbon tax is gathering allies, including actors, old pollies, and perhaps more tellingly banks and business groups. The increasing casualties in Afghanistan saw Australians involved in the campaign insist that the fight against the Taliban was still progressing, albeit slowly, while Greens’ leader Bob Brown called to bring our troops home.

Immigration Minister Chris Bowen has been defending the Malaysian solution, even against his own party back-benchers. Labor MPs along with others are concerned about how children will fare under this plan. Andrew Wilkie, also concerned about the “forgotten people” says the government has lost its “moral compass” on asylum seekers and the live cattle export issue.

Little known Liberal senator, David Bushby made the top 20 for meowing at Penny Wong. This gave Labor MPs an opportunity to raise the issue of sexism in the political sphere. 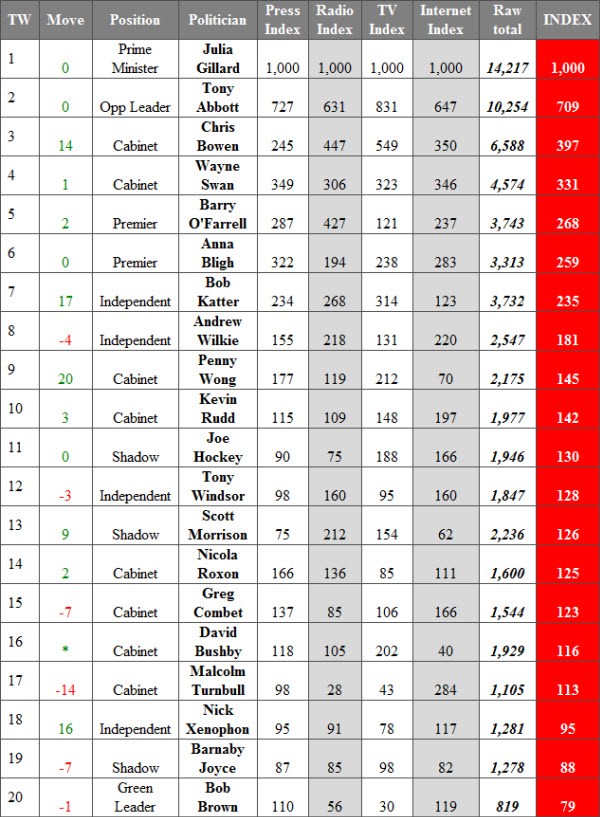 Julia Gillard’s carbon tax and asylum seeker policy continued to get people commenting on talkback radio last week. The increasing casualty rate in Afghanistan also saw some callers express their opinions on the effectiveness of Australian troops in Afghanistan. Talkback callers were also keen to comment on Bob Katter’s intentions of forming his own political party.

No feet of clay or windmill tilting from this Spaniard, as the “best ever” questions start.