As expected, today at the Mumbrella360 conference News Limited’s Richard Freudenstein announced that the company’s Australian newspapers will erect paywalls for some of their content online.

So the great experiment begins. As expected, today at the Mumbrella360 conference News Limited’s Richard Freudenstein announced that the company’s Australian newspapers will erect paywalls for some of their content online.

As reported in The Australian today, the experiment will begin in October with The Australian. As yet undefined “premium” content will go behind the paywall, while “breaking news, wire stories and broad interest stories” will remain free.

The price of a digital subscription will be $2.95 a week, including iPad and Android app, website and mobile site, and you will be able to get all this plus a print subscription for $7.95 a week. Compare this to The Age iPad app, which will cost $9 a month from the end of this year. The packages are not directly comparable — you get more on more platforms with the Oz — but the Oz is also the more expensive by a whisker.

Freudenstein claimed in his speech that The Times paywall experiment in the UK has been a success — that there is more revenue from the smaller number of paying audience members than there was from advertising playing to a mass audience.

But in Australia, he said, the mix of paid and free content has been adopted because Australian media websites make more money from ads. The free content is designed to draw that revenue, and also to act as a marketing device for the subscription content.

Perhaps. I suspect the “freemium” model (where did they get that word?) is also a reaction to the more sophisticated experiment introduced by The New York Times — the porous, metered approach to paywalls, about which I have written before.

So will it work?

So far only The Australian has a firm date for the erection of the paywall. The tabloids will follow, we are told, but there are no dates or details.

This is logical. If News Limited has a product that is special enough to attract subscribers online, then the Oz is it. No matter what we think of its recent odd and singular history, its self-obsession and its weird and nasty campaigns, (some in the industry are saying that The Age in Melbourne would sell 10,000 fewer copies if The Australian was less weird)  The Australian also contains high quality content and serious commentary that cannot be easily obtained elsewhere.

But is it special enough? Nobody, including News Limited insiders, knows for sure.

Meanwhile, there is a keen recognition within the company that not all the tabloids can cut it behind a paywall. They are too generic. Too much of their news content is freely available elsewhere.

The paywall experiment is likely to be trialled first for those tabloids that are in monopoly markets, such as The Advertiser in Adelaide and The Courier-Mail in Brisbane. My hunch is that the latter title will be the first to try paywalls.

Yet at the same time, those titles have been increasingly syndicating copy within the group, and losing their local touch.

In Adelaide, you will find more newsy local journalism in the News Limited-owned Messenger suburban giveaways than you will find in The Advertiser. Yet the Messenger papers have always been free, and nobody is suggesting charging for them. So why pay for the ‘Tiser online?

The ‘Tiser also faces competition in the online environment from the independently owned InDaily, and The Courier-Mail has online competition from Fairfax’s Brisbane Times.

I expect we will be waiting much longer to see a paywalled Daily Telegraph in Sydney or Herald Sun in Melbourne.

Add to this the fact that,  as Steve Allen from media strategy company Fusion pointed out to me this morning, the News Limited tabloids in monopoly markets have not done any better in circulation stats than those titles that face competition. In fact, some have done worse. So on what article of faith can we believe that people will pay?

And how much will they pay? Nobody knows the answer to these questions. There is one view that says the price should be lower, so that the numbers of subscribers will be higher — trying to retain the best of the mass-media business model and the new niche “private club” approach.

Allen said he was “inclined to believe” the claims about the success of The Times paywalls but “boy, it would be nice to have some transparency. It would be lovely to have some metrics, so we could actually see what is being done. We get that it is difficult, we understand that. We understand the need to shift to a new revenue model, but when they don’t tell us what is going on, it is very hard to trust what you are being told blindly”.

Allen also says he has heard what commonsense suggests —  that News Limited is keenly aware that the Fairfax iPad app released this month is well ahead of the News Limited product, and that “they have some catching up to do”.

What to make of it all? We should be hopeful, and sympathetic, to the new models being introduced at News Limited and Fairfax. The need to migrate to a new business model is just that — a need. There are no choices here. And if we want high-quality journalism, we must support experimentation.

But we must also be realistic about what it means. And that is a story of decline, in which the old media companies, if they survive, will be of declining influence and face competition from all sides.

While what News Limited claims about The Times may be true, revenue is different from profit. Without transparency, it is hard to know what the claims actually mean.

Some back-of-the-envelope calculations:  Let’s be  generous and assume that The Australian digital paywalled edition achieves 30,000 subscribers at $2.95 a week, or $153 a year. (Note that News Limited claims The Times in the UK has 79,000 digital subscribers, on a much bigger population).  That’s $4.6 million in annual revenue. Take away a hefty wack for Apple. Take away staff and the (admittedly low) fixed costs associated with hosting and uploading content, and marketing. Add on some revenue from advertising behind the paywall — probably not a huge amount — and advertising on the free-to-air site (which we know is presently peanuts, though it may do better in time).

Even if the model succeeds, it does not add up to a business capable of supporting hundreds of journalists. Rather, you are left with very modest profits if you assume a staff of perhaps 12-20 journalists providing the content. Yet if the content is not high quality, the basis for the whole thing is at risk.

Things may improve as time goes by. I suspect they will. But there is no real reason why an established media company can do this kind of niche thing better than newcomers and the less well established.

Freudenstein also said that The Australian will pay close attention to social media, and building a community around the paid subscription, referencing The Times and its air of an exclusive, high-end loyalty club.

The picture you are left with is a niche business, hopefully sustainable, serving high-quality, exclusive content to those who are sufficiently engaged.  But The Australian will not be the only such business. There will be many niche competitors. 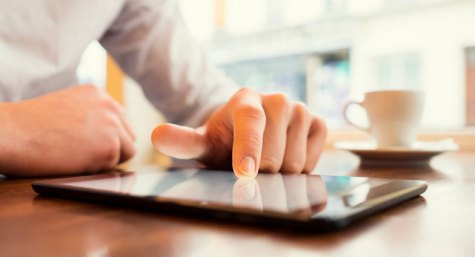 Meet the startup trying to create the Spotify of news content

There will be many niche competitors.

Gosh, can we think of any in Australia? Crikey I don’t know if we have any!

Maybe some email based news and analysis daily circular. If there was a business model.

I don’t like periodic subscriptions for most things (Crikey excepted). For the Australian I would far prefer pay per view – paying for articles I identify as interesting. It would also be critical for me to be able to copy and store paid content electronically – the crap on line application of the Australian Financial Review is too terrible to contemplate.

Gavin Moodie – I think this will be the end game. Pay per view with mocropayments for particular content. Or opt-in subscriptions to particular interest streams..i.e Sport, Business etc
This will be the future of news media.

Thanx Scott. I would also gladly pay a subscription for my section of particular interest. I already have a free RSS feed and would be happy enough to pay for that. But it would be good if the Australian improved its RSS service: often content is put on the RSS feed days after it is published on line and even in print, and sometimes they seem to miss relevant content altogether.

Pay money to be told bull$hit!
From the oo no less?
What a farce.