NSW filibuster for the tragics, but there’s bigger stuff at stake

This weekend the norms of NSW parliamentary procedure were put to the test with a total of more than 29 hours of debate and the first use of the “guillotine” rule to cut off debate since 1906, writes David Mallard, lecturer, political analyst and blogger.

A funny thing happened to NSW politics last Thursday. The day didn’t end until Saturday. The NSW Legislative Council was scheduled to conclude its two-week sitting period on Thursday, until the government moved to set aside private members’ business and continue debate on its industrial relations bill.

And that’s when the norms of parliamentary procedure were put to the test. Greens MLC David Shoebridge delivered the longest continuous speech in Legislative Council history, speaking for almost six hours on Thursday evening. A total of more than 29 hours of debate, mostly from Labor and Greens MLCs opposing the bill. And then, on Saturday morning, the first use of the “guillotine” rule to cut off debate since 1906.

Filibusters are rare in contemporary politics. In the United States, the term is now used to refer to a procedural roadblock in the Senate, by which a minority of 41 of the 100 Senators can prevent legislation being put to a vote. Most Australian parliaments impose time limits on debate, but the NSW upper house is an exception. The lack of historical examples left political tragics to reminisce on The West Wing’s “Stackhouse Filibuster” and wonder whether an MP would resort to reading recipes to prolong the debate.

But why was there a filibuster at all? With the O’Farrell government having locked in support from the Shooters and Fishers Party and Fred Nile’s Christian Democrats, the bill’s passage was assured. Instead, the goal appears to have been delay to bring public attention to the bill. Opponents of the bill highlight that the government did not take these policies to the election. The bill requires the Industrial Relations Commission to follow government policy directions when considering public sector industrial disputes. This allows the government to cap public sector salary rises at 2.5% unless further increases are offset by “employee-related savings”. The filibuster presumably aimed to bring public opposition, driven by public sector protests, to bear on the government and supporting crossbenchers.

In provoking public reaction, the filibuster seems effective. On social media, the events got a Twitter hashtag (via @hawleyrose) that set the theme of opposition: #NSWisconsin, a reference to the recent civil unrest in that American state over laws that stripped public sector bargaining rights. Public demonstrations were quickly organised. Fire engines and buses blocked lanes in Macquarie Street by Thursday. In Bathurst, 60 public sector employees rallied outside Paul Toole’s office. A crowd rallied outside Parliament House on Saturday as the government gagged the debate inside, and unions are planning further action.

The government has defended its guillotine as a necessary response to “juvenile” abuse of parliamentary rules, but I disagree. The speakers weren’t reading Dickens or cookbooks. They didn’t load up the bill with hundreds of trivial amendments and insist on exhaustively debating each one. They spoke cogently about their reasons for opposing the legislation. There was the occasional detour via objections on points of order — whether for a bizarre excursion into the origin of the word “draconian” (which, it turns out, has nothing to do with dragons) or simply to give someone a rest during a marathon speech.

But their focus was on articulating why the bill should be rejected, or at least considered more carefully before passing.

But the end result is that three days worth of arguments against the legislation went into Hansard, while barely a word was uttered by the government. And then they cut the debate off. To borrow a line from a different episode of that TV show, these events were “a profound statement about democracy” — and one with strong implications for the coming term of NSW politics. 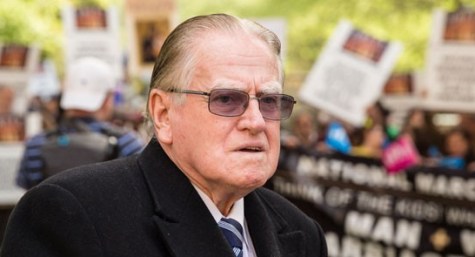 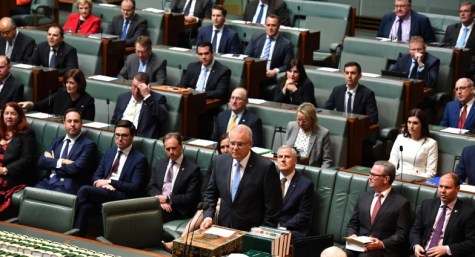 “a profound statement about democracy” ????

sorry – were entitled to do

Twentynine hours is a long enough debate, after that, ‘the profound statement about democracy’ is that it went to a vote. That’s democracy. How long do you think they should have allowed? Specifically.

This is the NSW upper house … land of the living dead. Time stands still here so having Thursday finish on Saturday is probably a bit of a productivity breakthrough. And in 100 years, some dusty historian will be able to scan the pages of Hansard and discover there was some sort of really long debate back when there was a NSW public sector.
It’s a storm in a teacup… but a lovely monogrammed Royal Doulton one, true. Ineffectual, useless and irrelevant. As always. Still I guess it beats actually getting out in the press and arguing the case where it counts. But who is going to listen to NSW Labor on issues of principle? Who is going to listen to a defence of the NSW public sector? Only the Hansard recorders, apparently.

Might I suggest that if Members aren’t able to articulate their message into something that takes less than six hours to deliver, then perhaps what they have to say, isn’t worth saying at all?