First you pull them apart

When politicians perform in Parliament they have two audiences. The immediate one is their parliamentary colleagues; the second is the voters outside the chamber.

First you pull them apart. There was a time when the Australian government had a department that was basically in charge of buying goods and services for the whole of government. Negotiate prices in bulk and reap the savings was the philosophy. Then management theory changed and under the mantra of ‘letting the managers manage’ the process was decentralised with each department doing its own buying thing.

Now, I notice this morning from the BBC, the British government is moving back to the old model. The government is to centralise the buying of goods and services across departments in a bid to save £3bn.

The move follows a review by tycoon Sir Philip Green who said Whitehall was not making the most of its scale, buying power and credit rating.

The plan is to create a central government procurement team which would buy goods and services such as vehicles, stationery and office furniture at a single set price.

Will Australia be far behind?

Some real s-xist politics. None of that miaowing nonsense in Poland but some real, fair dinkum s-xist talk. The country’s Prime Minister, Donald Tusk, was asked at a press conference this week by a woman radio journalist whether Polish preparations for the EU presidency, which the country assumes in July, were “buttoned up”.

“I’m looking at the lady’s dress and buttoning up is not what comes to mind,” replied an amused prime minister, adding that he “liked the summer”.

Gone too far this time. I consulted with my colleagues over breakfast and we believe that this time Germaine has gone too far. 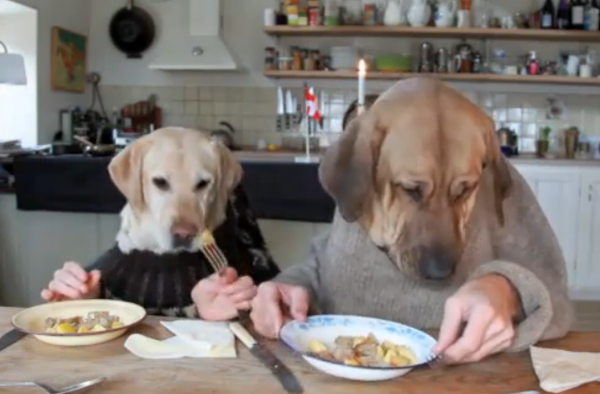 Blaming dogs for the ruination of a protected perennial flower, the English bluebell, was bad enough. Suggesting, as Greer did in a speech yesterday, that “it is time the British gave up on their endless love affair with the dog” and that the solution lay in killing them all nearly was enough to put a fellow off his tucker.

If she comes around near our place we’ll give her extermination! And in the meantime we’ll let our mate from the Kruger National Park convey our sentiments: A little homo-homeopathy. A claim by the Union of Catholic Physicians (UCP) that a little drop of sugar might make homos-xual activity go away is creating something of a storm in Germany. Der Spiegel reports that the Lesbian and Gay Federation in Germany (LSVD) is outraged at the physicians claiming that a host of treatments are available to keep homos-xual “inclinations” at bay.

Quoting from the UCP website, the story says possibilities include “constitutional treatments with homeopathic tools … such as homeopathic dilutions like Platinum,” “psychotherapy,” and “religious counseling.” Among homeopathy’s controversial treatments are the prescription of “Globuli,” tiny pills consisting mostly of sugar.

The Catholic Doctors Association of Victoria has no such section on its website.

Actually Richard, you may recall that rather than fall prey to a new theory of management, the Department of Adminsitrative Services was abolished by the Howard Government in an extarordinary and unprecedented revenge attack following the embarassment of it’s Minister, David Jull and the public humiliation of John Sharp, Peter McGauran, Bruce Scott and others over travel rorts where they claimed travelling allowances even though they were at home. This incident led to one of McGauran’s opponent campaigning with a slogan along the lines of ‘I won’t charge you to sleep with my wife’.

Wasn’t Mengele and his fraternity, “German doctors” too? Didn’t they come up with a “cure for homosexuality”?

I think Gillard should do more of the ball breaker approach . Post Budget on Sunris was a good example where stern determined Julia gave the impression that she would place Kochie’s testicles in an unretractable position if he interrupted.

Didn’t do Thatcher any harm. I say go Big Red – take no prisoners!

Just ignore it, guys. Homeopathy is one huge con.

@Western: Or a permanently retracted position.

Surely “Catholic” and “doctor” are irreconcilable terms? Maybe they make a “hypocritic” oath?