Finally, jell-o wrestling makes the front page of a newspaper. Plus, it's fight or flight for Twitter and other media news of the day. 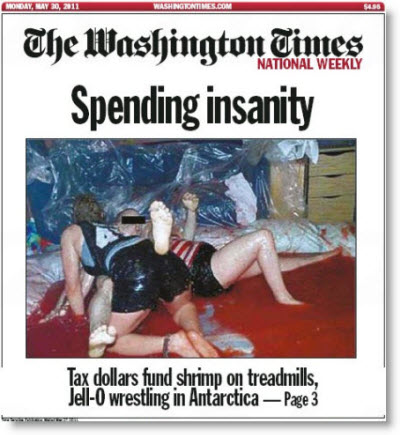 “The PBS Web site briefly carried a fake article claiming that the famed rapper Tupac Shakur was alive and living in New Zealand after a group of hackers took over the organization’s computer systems on Saturday night.” — The New York Times

“Nobody mistakes Jann Wenner — whose Wenner Media publishes Rolling Stone, Us Weekly and Men’s Journal — for a digital fanboy. But his tentative take on even the iPad may dismay the big publishing powers, which hope tablets will deliver a better kind of digital platform for magazines, one that means significant business in a matter of years.” — Advertising Age

“Thousands have flocked to the social networking site recently but can it capitalise on its growing popularity?” — The Guardian

“Seven News has launched a free application that can run on the iPhone and iPad.” — mUmBRELLA

Under questioning from the US senate, social media giants showed a new nervousness surrounding how content should be regulated in the dying age of Trump.

The US election is all up in the air and the future is written in the markets. Let's examine their entrails and see what we find.