How refreshing to have that couple of stories in the past week suggesting that the Liberal Party is not completely full of "yes" politicians.

Let’s cheer some differences of opinion. How refreshing to have that couple of stories in the past week suggesting that the Liberal Party is not completely full of “yes” politicians. Confirmation that there are some differences of opinion on important matters such as the environment and the taxation system is surely healthy. If every Opposition MP had to toe  line dictated by the party leader then there would be no need whatsoever for having a parliamentary system. Those elected to the House of Representatives and the Senate would need only top turn up once after an election to confirm a leader then return home for three years and leave him or her to get on with it.

The current political wisdom is that something rather like that is the way to electoral success but I’m sure that voters are not really that unsophisticated. They realise that there will — and should be — different views within parties and can cope with some disagreement within them. They know, for example, that the Tony Abbott views of how to approach the subject of global warming had the support of only one more Liberal than Malcolm Turnbull’s when the last leadership coup occurred. People don’t expect that single vote to have caused some miraculous conversion. The Turnbull restatement of his views on a television program last week might have got the pundits excited but would have meant nothing to most members of the public.

Even the report of a forthright exchange of views on loyalty between Abbott and the shadow Treasurer Joe Hockey, provoked by a difference of opinion on the need to spell out some actual policies on taxation, would be but a blip on the screen of public opinion. Only if the shouting match continues in public will there be any need for Liberals to get concerned.

Something to worry about for Julia Gillard. When Mark Arbib starts coming to your defence you are entitled to be worried. Labor’s plotter in chief declared at the weekend that Prime Minister Julia Gillard had the full support of the ALP despite a new poll showing her popularity in Queensland has crashed.

Criminalising sports cheating. The AFL would be better looking to tightening up its own rules before continuing with its campaign to have 10-year jail sentences introduced for those who cheat in sport. The league’s general manager of football operations Adrian Anderson said at the weekend that bribery and corruption have cast a shadow on other sports abroad and the government should introduce laws to protect the integrity of Australian sport. What he did not spell out was the efforts that international sports bodies such as the National Football League in the US have taken to ensure that the most common form of insider trading in sports betting is curbed. That involves the simple matter of ensuring that teams tell the truth about injured players and whether or not they will be taking the field. The most common betting stings in Australia involve insider trading based on injuries. 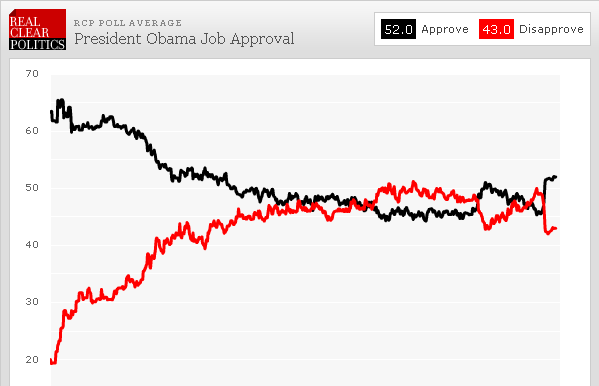 He now has a gap of nine points between his approval and disapproval ratings.

Bring on the 16-year-olds. The German city of Bremen is allowing 16-year-olds to vote in a state election for the first time. The BBC reports that the authorities in the city lowered the voting age from 18 to try to interest younger people in politics. Sports stars and politicians have taken part in a campaign to persuade teenagers to participate, and schools have held lessons in how to fill in ballot papers.

The BBC’s Stephen Evans, in Berlin, says studies indicate that 16-year-olds are less likely to take the trouble than older people — and one study also seems to show that their level of ignorance about politics is much greater than 18-year-olds.

He adds that studies also indicate that 16-year-olds tend towards supporting opposition parties of protest — and that perhaps for this reason, the governing Christian Democrats are less in favour of lower voting ages than are opposition parties.

Austria is the only other EU-member nation that allows 16-year-olds to vote.

“Refreshing”?
Labor has it’s left and right “fractures” and all the little fragments in between – the Liberal Party just has the “Abbott” and “Turnbull” “Super Uber Alpha Ego Fractions”. Of course there’s differences of opinion on “right and wrong” ways to do things – it’s called the “pecker order” (or something).
So when “the good burgers Wentworth” vote for “the Coal-ition”, are they voting for the policies of their boy’s (Turnbull being such an “honest politician”, presumably with the courage of those convictions of his, still standing for that party, and all) or those SFA (“Sweet Flash Abbott”) policies and the rest of the party?