The government is busy countering coverage like The Australian's "THAT's not a knife Treasurer" retort this morning by promising that they're tough enough, promise.

The government is busy countering coverage like The Australian‘s “THAT’s not a knife Treasurer” retort this morning by promising that they’re tough enough, promise. 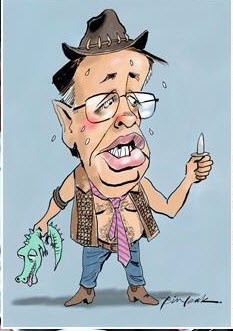 But economist Nicholas Gruen took a different tack last night in our Budget 2011 Special Edition with a piece on how we can better measure our overall national well-being. In fact, says Gruen, “for over a decade Australian bureaucrats have been getting on with building the means by which we could take a more sophisticated approach.”

As Gruen points out, our bureaucrats were on to this well before the current British and French PMs began making noises about the inadequacy of GDP to measure citizens’ well-being: the Australian Bureau of Statistics’ Measures of Australia’s Progress has been building a valuable resource from which we can take a much richer snapshot of our economic, social and environmental well-being — not to mention our physical health.

The “well-being framework” was prosecuted by Ken Henry’s then deputy and now successor Martin Parkinson, in a bid to “underpin a broad view of human well-being as consisting of much more than GDP or GDP per capita”:

This discussion has been particularly pertinent in the wake of our natural disasters over the summer, with many commentators fed up with economists pointing to the fact that the damage wreaked by disasters such as the Queensland floods could actually enhance productivity and in turn, GDP.

As Gruen points out, the “word ‘well-being’ is liberally sprinkled throughout this year’s Budget papers, and Treasury does score in his book “for explaining that the focus on distribution acknowledges ‘the higher value of an extra dollar to a poor person versus a rich person.'”

However there’s been little public evidence of development of the well-being framework or its implications since it was first floated in 2004. There is value in re-examining the measure of  Net National Income (NNI) to consider how to place a greater focus on income rather than production as measures of material well-being.

Economic debate relies heavily on decisions about assumptions, about what we leave out and what we include, about whose perspective we look from. It’s time to recognise that much of what drives the public policy agenda about economic growth reflects our own assumptions rather any natural order of things.

I like the model. Got one for international relations?

I am with MLF, on this one, instead of using corporate wealth as an indicator, it should reflect, the effect has on all us little people, after all we are the ones that make things happen, and are entitled to a slice of the pie.

If there’s a criticism to be made of the current government it’s that they’re way too concerned about countering the crap from the opposition and media. Ignore them, and get on with governing.