Negative gearing is a poorly thought out policy which benefits a wealthy minority and penalizes the majority of Australians, both young and old.

As housing prices plummet in capital cities across Australia, with clearance rates in Melbourne and Sydney slumping to about 50% and prices dropping by 2% in the March quarter, one of Australia’s wealthiest property developers launched a bizarre defence of the negative gearing, the regime that operates to help maintain artificially high property prices.

Eddie Kutner, a former accountant and one of the founders and chairman of Melbourne-based apartment developer Central Equity, wrote an impassioned defence of negative gearing in The Age last week. Central Equity is one of Melbourne’s largest developers, with the Financial Review reporting that it allegedly generated a $59 million profit last year, after being privatised by Kutner and co-founders Dennis Wilson and John Bourke in 2006 for $67.5 million.

“Negative gearing” allows investors to use losses from property investments to reduce their overall taxable income. This effectively encourages property buyers to use debt and “bid up” the price of investment property in the hope of a subsequent capital gain. When utilising negative gearing, an investor will take out a substantial loan over a property, such that rental income is less than interest payments and other costs. The strategy is especially effective when the investor is paying the top marginal tax rate of 46%.

Eventually, when the property is finally sold, the investors will hope to make a “capital gain”. Courtesy of various poorly constructed government policy, capital gains are taxed at half the rate of income derived from labour.

Kutner made several claims in defence of negative gearing which appear somewhat illogical.

Kutner initially claimed that “for a short period, from 1986-88, treasurer Paul Keating abolished negative gearing for property investment, but quickly reinstated it when the disastrous impact of this policy on the housing market became obvious”.

This claim is mystifying given the temporary abolition of negative gearing by Keating was not a disaster at all — rather, as former ANZ chief economist Saul Eslake noted, “rents … actually only rose rapidly (at double-digit rates) in Sydney and Perth. And that was because rental vacancy rates were unusually low (in Sydney’s case, barely above 1%) before negative gearing was abolished. In other state capitals (where vacancy rates were higher), growth in rentals was either unchanged or, in Melbourne, actually slowed.”

Kutner then claimed that negative gearing must be a good idea because politicians like it, stating that “surely if negative gearing didn’t have a positive influence on supply (given that it involves a loss of tax revenue), it would be scrapped immediately”. Kutner appears to be confusing sound economic policy with populist vote seeking. Further, other countries don’t appear to share Kutner’s positive views on negative gearing, with the practice not permitted in most countries, including the US and Britain.

But Kutner’s arguments became even more baffling, with the multimillionaire developer claiming that “simply put, were it not for negative gearing, many investors could not afford and would not invest in property. Developments would not have the finance to proceed”.

Of course, the opposite is true.

Negative gearing encourages investors to pay far more for property than its “intrinsic value” (which is determined by the cash profits of an asset over its life, not merely what someone else is willing to pay). This is because the tax benefits of negative gearing compel investors to borrow excessively to purchase a property, so much so, that the yields on residential property are as low as 2% and most investors make a loss on their property investments.

Removing negative gearing would mean investors are not incentivised to borrow such large amounts and instead, investors would limit how much they pay for a property to ensure that they receive a reasonable risk-adjusted yield. This would make property far more affordable — the exact opposite to what Kutner claimed.

Kutner than noted that “if negative gearing were abolished not only would housing supply decrease and prices increase, but the rental market would be decimated. Sometimes 20 or more prospective tenants vie for one property. The rental market needs more properties, not fewer”. As Eslake noted, when negative gearing was removed in the 1980s, rental prices remained steady or actually fell in the majority of Australian cities. Housing supply itself wouldn’t necessarily decrease — however, the profits of builders such as Kutner’s Central Equity would fall and home prices would become far more affordable.

In 2008-09, negative gearing cost taxpayers about $4 billion — a proportion of that windfall effectively was transferred to developers such as Central Equity who received higher prices for their “off-the-plan” apartment sales.

Aside from making homes unaffordable for millions of Australian, negative gearing benefits investment in passive assets like real estate, over more productive assets. It is a poorly thought out policy that benefits a wealthy minority and penalises the majority of Australians,  young and old.

Should negative gearing be abolished? Experts weigh in 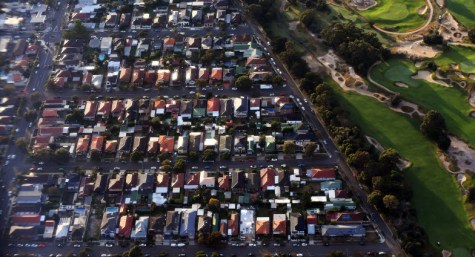 twice you mentioned that rents didnt fall in the 1980’s but what was the cost of the average mortgage then – obv rents covered the mortgage outgoings otherwise people would not rent properties out. Now we are in a situation where 1 in 7 Australians own a property they rent out bought at much higher prices there is no doubt that rents will have to rise substantially to cover those much larger mortgages. The reason they dont have this in UK is because rental income covers mortgage income

This is a ridiculous article. Any “Investor” worth their salt doesn’t spend (or in the case of this article, borrow) a dollar to get a maximum of 46 cents back. Nobody goes into a property purchase looking to pay as much as they possibly can.

Blame State Governments for their lack of planning, poor infrastructure and insufficient land releases. They keep the house prices high because they are the ones who make the cash off the stamp duty and other fees on sales.

Abolishing Negative Gearing would be a great way to hike rents and crash the economy. Property Owners will be faced with a choice, Hike rents or lose money. Faced with being hundreds of dollars a month out of pocket, or making someone else pay, I know what I would do.

And before anyone says “The tenants will just move on” can someone please tell me where to?

Not too sure about this Adam….there’s a lot of your “majority of Australians, young and old”
who’ve put their hard earned into an investment property rather than the vagaries of the stock market. It’s not just an investment for the wealthy minority….and one reason they did was because of the benefits of negative gearing….

Not too sure about this Adam….there’s a lot of your “majority of Australians, young and old” who’ve put their hard earned into an investment property rather than the vagaries of the stock market.

Sadly these people are shortly going to learn a hard lesson about the “vagaries” of a property bubble.

This is a ridiculous article. Any “Investor” worth their salt doesn’t spend (or in the case of this article, borrow) a dollar to get a maximum of 46 cents back.

Of course they don’t. They “invest” a dollar based on the speculation that it will be worth two dollars a year or two later when property prices have doubled, which will in turn allow them to borrow another four (or more) dollars (leveraged against their existing property which now has twice its original “value” in equity) in an attempt to repeat the cycle.

The negative gearing comes in because in Australia’s unique (and broken) system, the cost of all those mortgages is effectively paid for out of what would otherwise be the speculators’ tax bill.

Abolishing Negative Gearing would be a great way to hike rents and crash the economy. Property Owners will be faced with a choice, Hike rents or lose money. Faced with being hundreds of dollars a month out of pocket, or making someone else pay, I know what I would do.

The problem is that rents are ultimately based on people’s actual incomes (unlike house prices, which are based on borrowing power).

You can’t hike rents on tenants who can’t afford to pay more (and make no mistake, lots of tenants – especially in city areas – are right on the edge of how much they can afford), because they pack up and leave.

And before anyone says “The tenants will just move on” can someone please tell me where to?

Into one of those properties that will be flooding the market as the property speculators go bankrupt. Into shared houses. Back to their parents. Into the positively-geared properties that real investors own.