You could hardly call the initial reception to the refugee swap deal with Malaysia a resounding success.

Politics of the refugee deal. You could hardly call the initial reception to the refugee swap deal with Malaysia a resounding success. The media coverage has concentrated more on the costs and the five for one nature of the proposal than on the potential effectiveness of the deal in stopping the inflow of boats. I would judge it as more likely to be a vote loser than a vote winner for Labor.

Knowing when to go. A rare event in Australian politics — a  leader voluntarily leaving the top job with his own reputation intact and his party still favoured to win the next election. John Stanhope announced his retirement as Chief Minister of the ACT yesterday after heading the local government for  decade.

Not to be watched before 9pm. Britain’s media watchdog Ofcom has deemed this video too explicit to be viewed before the bewitching hour of  9pm when children are expected to be in bed so I am relying on the honour system to stop Crikey readers getting me into trouble with our local equivalent. 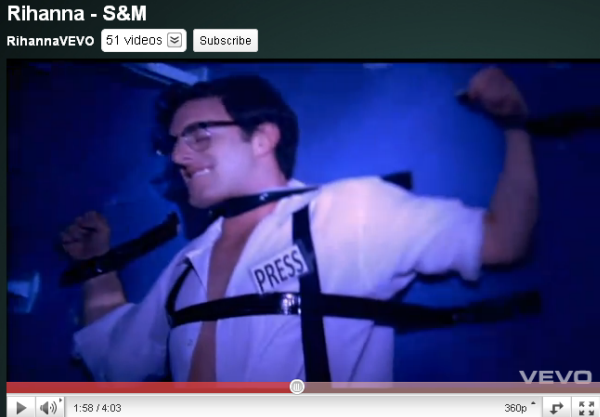 The Guardian reports that Ofcom censored WTF TV for broadcasting that unedited version of the S&M video which included images of Rihanna being dragged into a press conference, being restrained behind cellophane, dragging gossip blogger Perez Hilton on a leash while whipping him and in various sexual positions in “rubber and latex fetish outfits”.

Be warned! The video contains scenes of “sexual bondage, dominance and sadomasochism” but maybe by 9pm that will be an appropriate follow-up to an hour and a half of budget commentary.

Getting in the budget mood. From The Onion: Negative equity gets worse. Reading Robert Gottliebsen in Business Spectator this morning on the housing price crash at Noosa somehow made the report of what has happened to American housing prices seem far more frightening.

So far Australia’s housing price declines have generally been moderate with the Noosa example of 40% falls being very much the exception but in the USA they have been so widespread that negative equity has reached a new high with 28.4 percent of all single-family homes mortgages what the Yanks call “underwater” — the amount owed to the bank being greater than what the house would sell for.

The real estate research group Zillow reported overnight that in the March quarter U.S. home values posted their largest quarter-over-quarter decline since Q42008, falling 3 percent. Home values have fallen 29.5 percent from their peak in June 2006. Zillow has revised its forecast of future market trends and now predicts a bottom in 2012 at the earliest.